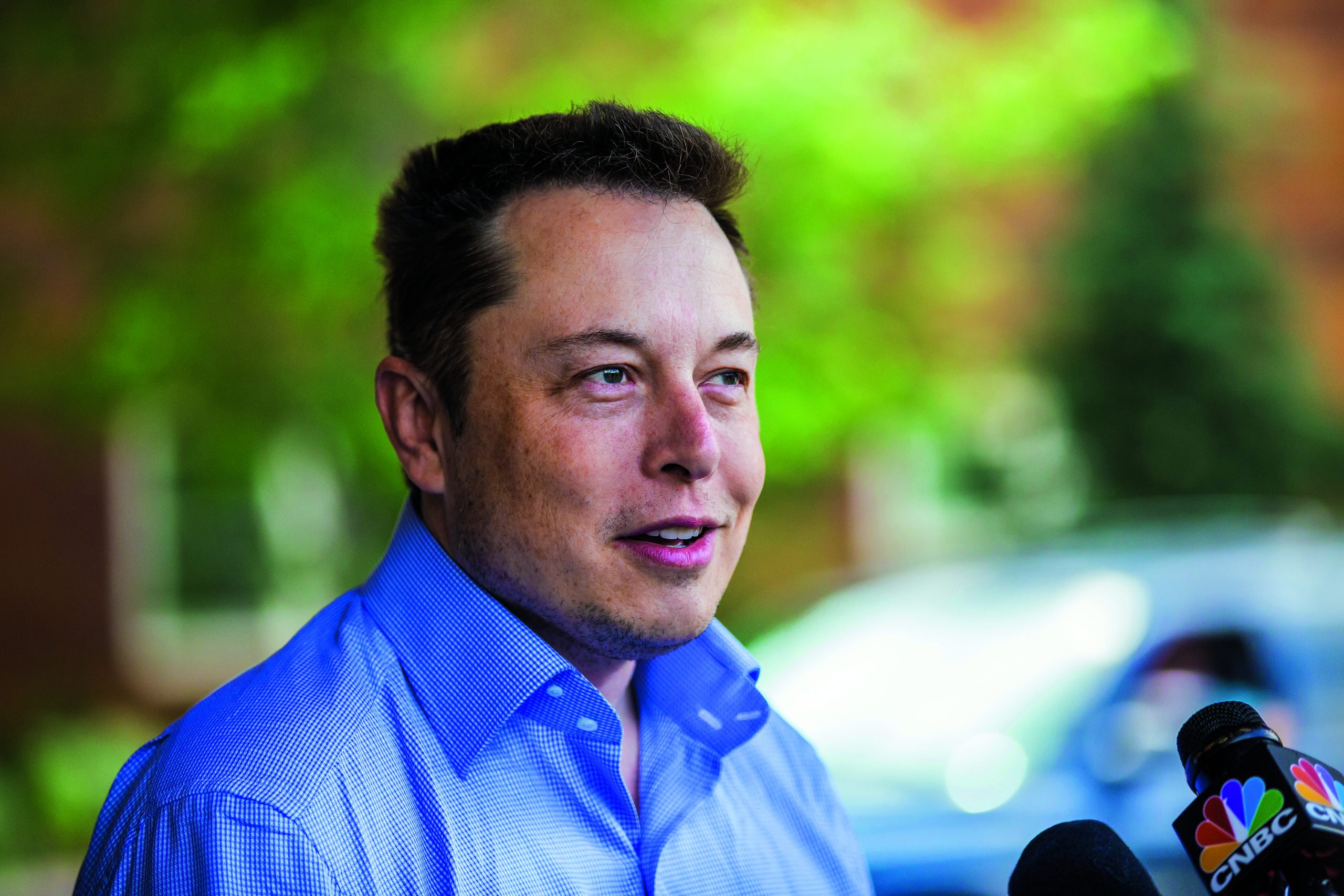 Space explorer, wannabe planet coloniser, self-made billionaire, green technology pioneer….whatever you want to call the Tesla and SpaceX founder and CEO, Elon Musk is far from ordinary, and like him or hate him, his commitment to harnessing renewable energy is exactly what the world needs right now.

Often described as the real-life Tony Stark from Marvel Comics’ Iron Man, Elon Musk’s meteoric rise as a technology entrepreneur mirrors the trajectory of one of his SpaceX rockets. The South African was ranked joint first on the Forbes list of the Most Innovative Leaders in 2019 and has a net worth of $38.2 billion, making him the 23rd richest person on the planet. But despite the bulging bank balance and accolades, Elon is arguably best-known for his unwavering commitment to reduce global warming by creating affordable electric vehicles (EVs) and desire to colonise Mars to save humanity. The CEO of Tesla and SpaceX also isn’t afraid to speak his mind and always thinks big – no mountain is too tall for the visionary billionaire.

Born in the city of Pretoria in 1971 to Canadian model Maye and South African electromechanical engineer, sailor, and pilot Errol, Elon was a late bloomer as a child and targeted by bullies as a result. “I was the youngest and smallest kid in class…the gangs at school would literally hunt me down,” he recalled. To make things worse, his father would sometimes call him an idiot and tell him he wouldn’t achieve anything. But Elon’s intelligence, drive, and resilience, not to mention his martial arts training, hauled him through school – he got to grips with basic computing at just 10 and two years later he developed and sold a computer game for the Commodore VIC-20 called Blaststar for $500…a sign of things to come. When he turned 17 he left his home country for Canada, where he enrolled in Queen’s University in Ontario – a move that was in part to dodge mandatory military service.

The sci-fi novels of American author Isaac Asimov influenced Elon during his formative years. The late American wrote about a form of science called psychohistory, which makes it possible to predict future societal events and catastrophes by studying patterns of the past. “Asimov certainly was influential because he was seriously paralleling Edward Gibbon’s The History of Decline and Fall of The Roman Empire, but he applied that to a sort of modern galactic empire,” Elon said. “The lesson I drew from that is you should try take the set of actions that are likely to prolong civilisation, minimize the probability of a dark age, and reduce the length of a dark age if there is one.” His interest in fantasy literature is reflected in his idealism and concern for the future of humanity, as well as his fascination with exploring the unknown. It’s therefore no surprise that he founded aerospace manufacturer and space transportation services company SpaceX in 2002 to facilitate the colonisation of Mars. “The future of humanity is going to bifurcate in two directions: either the it’s going to become multiplanetary, or it’s going to remain confined to one planet and eventually there’s going to be an extinction event,” the technology entrepreneur ominously predicted.

“Failure is an option here, if things are not failing, you are not innovating enough”

But setting up such a company is not cheap, so before venturing into outer space, Elon and his brother Kimbal established tech startup Zip2 in 1995 after he quit Stanford University in California. The company created and sold city guides to newspaper publishers including The New York Times. In 1999, Zip2 was sold to Compaq for a whopping $307 million and $34 million in stocks in 1999. At 24-years-old with 7% of the sale, Elon banked a cool $22 million. Not bad for a bullied kid and university drop out. But he’s not one to rest on his laurels and spurred on his success Elon founded online bank X.com before merging with Silicon Valley-based software company Confinity in 2000. The latter had launched PayPal a year earlier and was purchased by eBay for $1.5 billion in 2002.

At around the same time, a ground-breaking but ill-fated electric car coined the EV1 was being fine-tuned by General Motors (GM). GM said there wasn’t enough market demand to keep the EV dream alive, so they were all rounded up, shipped off to the desert, and unceremoniously crushed. But as they say, in the middle of difficulty lies opportunity, and the destruction of the EV1 sparked the creation of Tesla, which Elon joined as an early investor as the company set about developing lithium-ion batteries and creating a high margin, high performance sports car.

The goal was to shed the existing stigma around EVs and use the revenue generated from the sports model to produce a more affordable car and finally achieve economies of scale. Tesla also planned to integrate energy storage at home and develop other emerging tech like autonomous vehicles. “Failure is an option here, if things are not failing, you are not innovating enough,” Elon said. However, despite the optimism, Tesla’s new model, the Roadster, haemorrhaged financing and the company was on the verge of going under before Elon stepped into the CEO’s shoes in 2008.  He wasted no time in making drastic changes: he sacked 25% of the workforce, recalled 75% of Roadsters, raised $40 million of debt financing, formed a strategic partnership German multinational automotive corporation Daimler, and borrowed no less than $465 million from the US government. “There are two things that have to occur in order for a new technology to be affordable to the mass market,” Elon said. “One is you need economies of scale, the other is you need to iterate on the design, you need to go through a few versions.”

“The Roadster will be a hardcore smackdown to gas-powered cars”

These changes helped Tesla to improve the Roadster and it became the springboard for the EV revolution. Each car was fitted with a lithium-cobalt-oxide battery giving it a 244-mile range, finally making EVs appealing to the masses. Elon called the model a “hardcore smackdown to gas-powered cars” and that it would make petrol-burners look like “steam engines with a side of quiche.” The original Tesla Roadster was produced from 2008-2012 becoming the first highway legal serial production all-electric car to use lithium-ion battery cells, and also the first production all-electric car to travel over 200 miles on a single charge. The Tesla Roadster 2020 is currently in development in the company’s Gigafactories and will be capable of 0-60 mph in 1.9 seconds, while the Model Y will be available earlier.