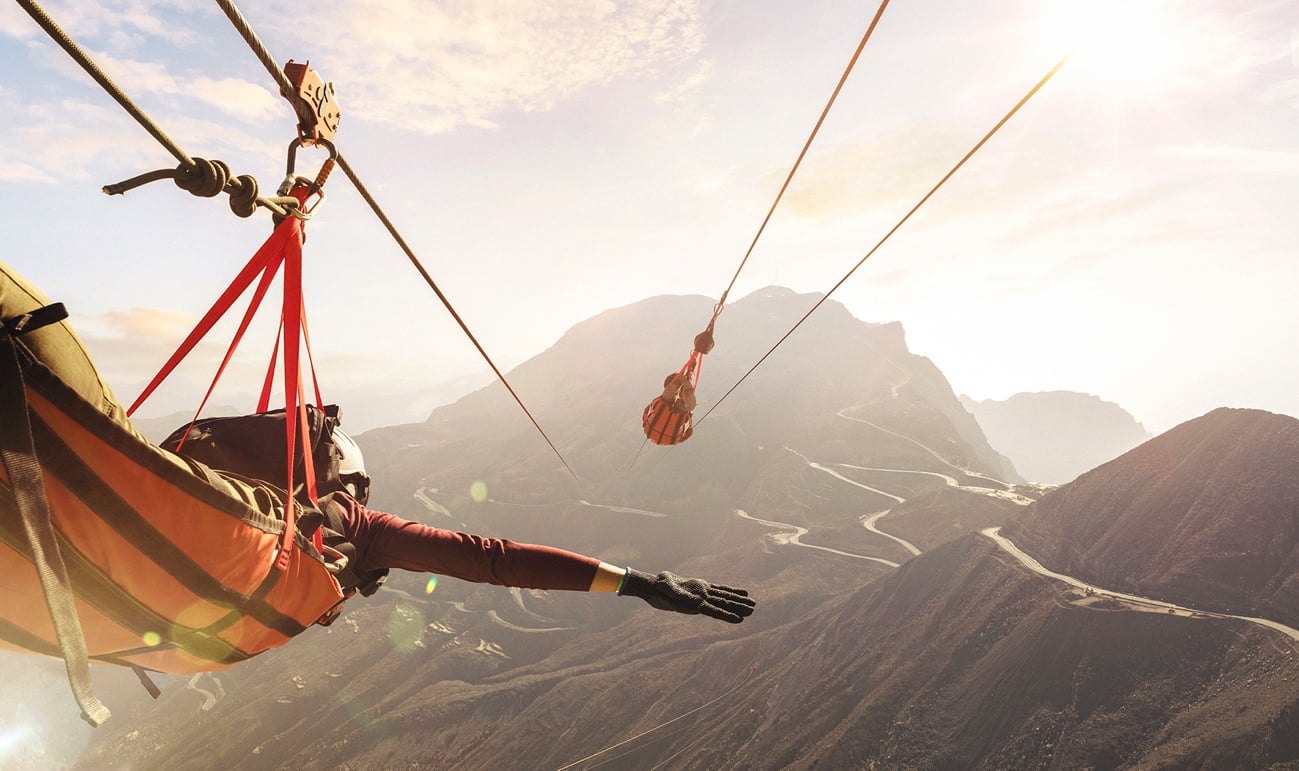 Dubai is hailed as a most modern city, with all the luxuries and trappings to match. But just a few miles away lies Ras Al Khaimah, a region still considered the UAE’s historical capital, which is now attracting a younger generation to its ancient shores and mountains.

At Al-Manoor in Ras Al Khaimah’s old town, locals have gathered to sip coffee and spicy kadak chai for more than 50 years. Chitchat bounces between business and gossip, buoyed by the laughter of friendships formed over a thousand and one Arabian nights. While the camaraderie and quality of this ritual have stood the test of time, the view of the Corniche and sparkling gulf beyond is a world away from the sleepy harbour it once was.

Until just a few decades ago, this was a nation of fishermen, pearl divers and sea traders, settlers drawn to Ras Al Khaimah’s rich waters for more than 7000 years. Today the landscape has shifted, with seafaring replaced by the pharmaceutical business, cement trade and tourism. However, Ras Al Khaimah is still considered the UAE’s historical capital and remains rich in the legacy of civilisations past, from ancient forts and castles to heritage discoveries. 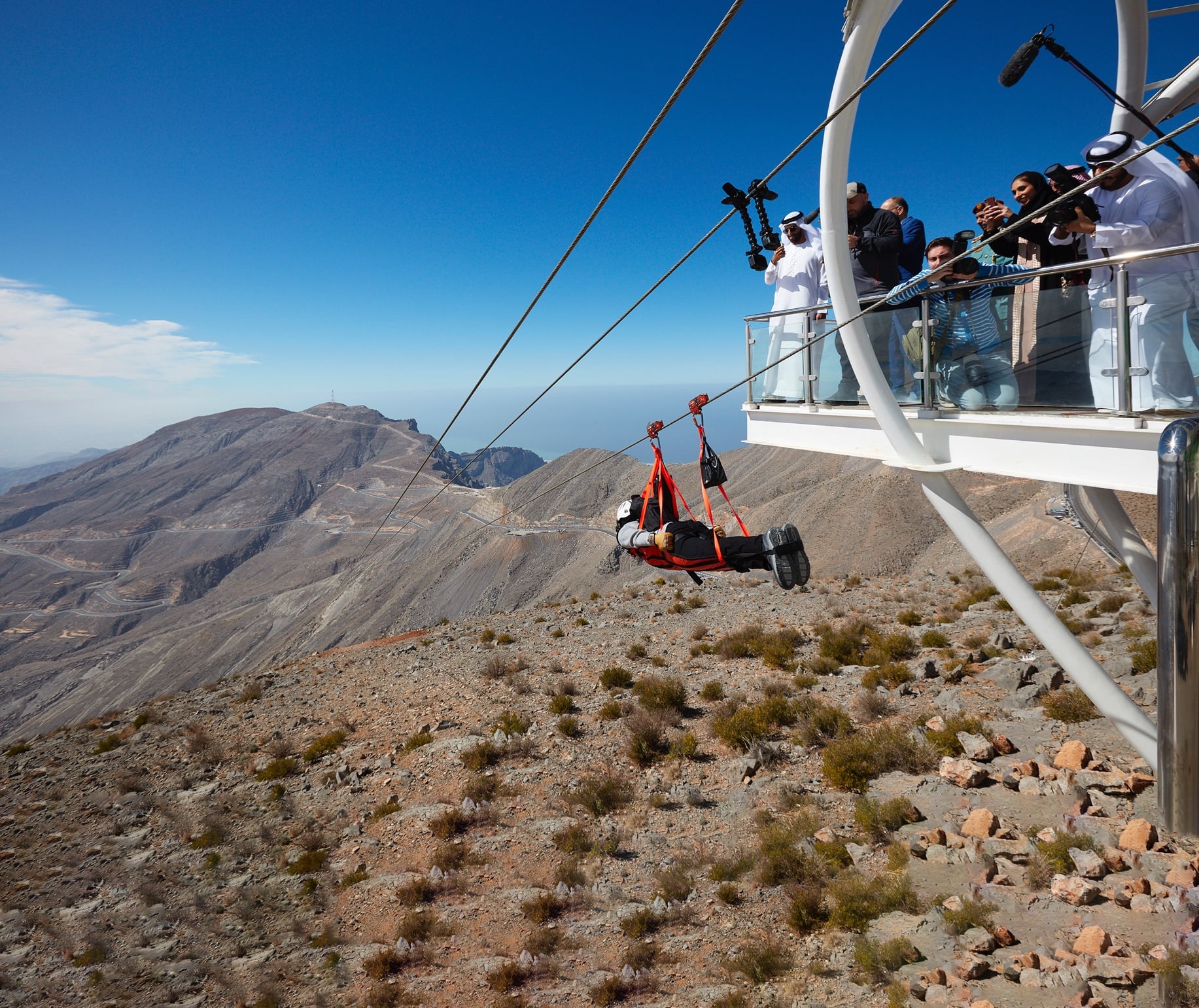 Under the sun Only 45 minutes drive from Dubai, Ras Al Khaimah offers the same yearlong sunshine and pristine sandy beaches as its neighbouring emirates. Visitors can take to the seas in a traditional dhow for a blissful day of beach barbecues, dolphin-spotting and snorkelling or enjoy an insight into the life of the Bedouins back on terra firma, where activities include four-wheel drive safaris and horse or camel treks. But ask any local what makes this emirate truly special and they will point you to the great outdoors.

A land of magnificent landscapes, breathtaking coastlines and terracotta desert planes, this emirate is renowned for its spectacular Ru’us Al Jibal mountain range, part of the Hajar mountains that stretch as far as Oman. It’s this unique topography that makes Ras Al Khaimah unique. Formed more than 70 million years ago, not only does this range foster Jebel Jais, the highest peak in the UAE at 1,934m, but as of 2018 it also became home to the “longest zipline in the world”.

Ras Al Khaimah now has both a Guinness World Record and another very special reason to visit. Strung high across Jebel Jais and cementing its position as the region’s premier adventure tourism destination, this thrilling two-three minute ride sees adrenaline junkies fitted with a harness before being catapulted face-first for 1.76 miles, reaching speeds of up to 150kph, 1,680 m above sea level. Guests end the experience on a suspended landing platform, being transferred to a second line to complete the journey back to earth. Wadi you know In the valleys below Jebel Jais superb hiking opportunities, mountain bike trails and wadis abound.

Arabic for ‘valleys’, wadis fill with rainwater in winter, springing to life with lush and fertile grasses and local flora and affording fabulous opportunities for exploration. Wadi Shawka is one of the most popular routes and it’s here that we meet with Adventurati Outdoor co-founder Fadi Hachicho, for a taste of what canyoning has to offer. Passionate about the natural world and the benefits of getting physical al fresco, Fadi quit his office job in Dubai back in 2015 and set off for a two-month outdoor leadership course in the Alaskan wilderness, to qualify as a certified guide. “It was the best decision I ever made,” he says. 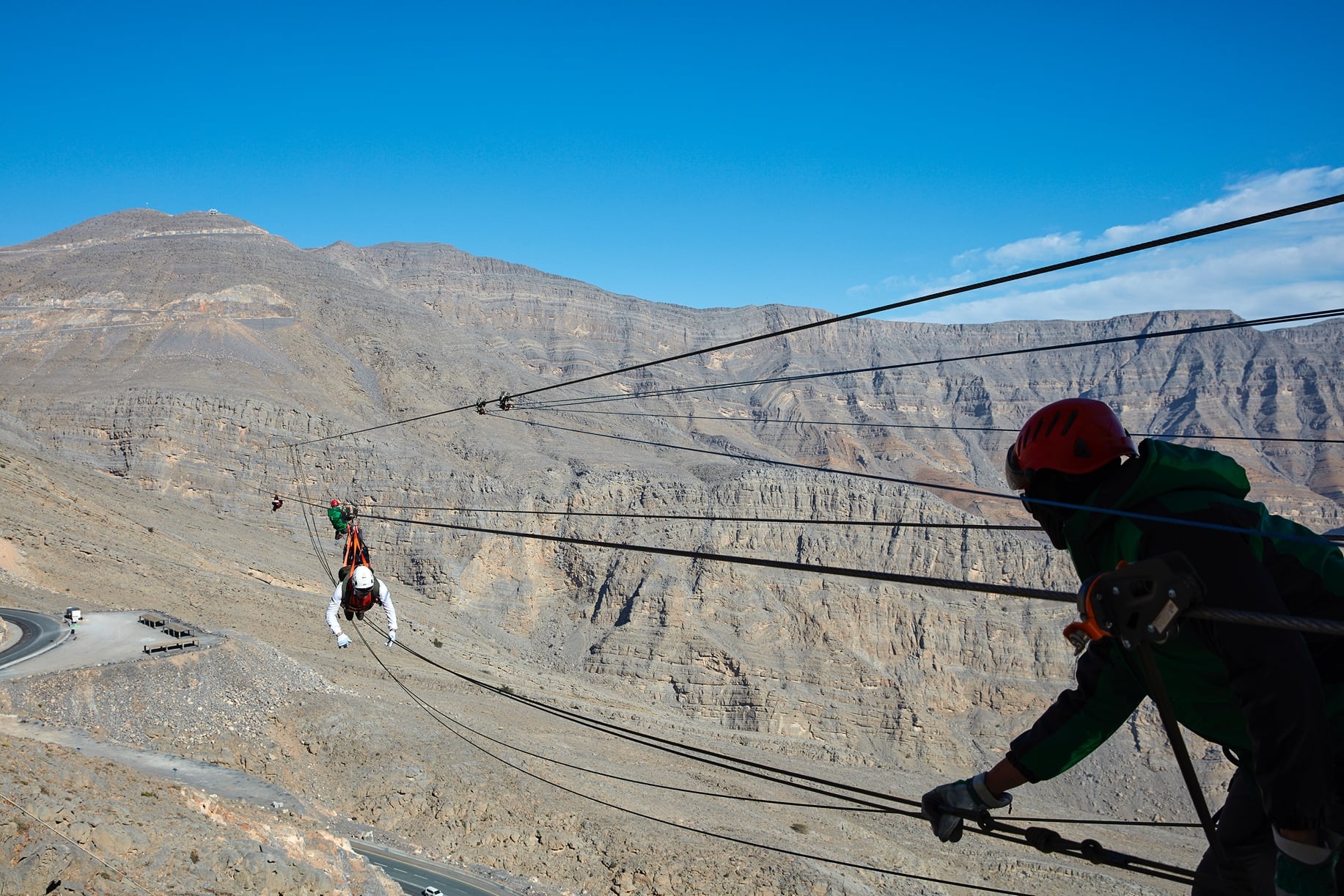 With much of Emirati life now spent indoors, it’s become increasingly difficult for locals to get in touch with nature. As we wade through freshwater pools and scramble through the rocky wadi, Fadi explains why challenging this mindset is so important to him. “The connections you make are much stronger than those built in the city. Outdoors, our guards go down and we tend to be more honest because you can’t fake ability, or skills or your fears.

You tend to reach out for support more and connect with your fellow adventurers. This feeds our souls as human beings and builds character. You share food, tents, good times and a million stars in the sky.” Back at basecamp after an exhilarating three-hour trek, grazing on a snack of locally grown dates while the mountains blaze pink in the setting sun, we couldn’t agree more.