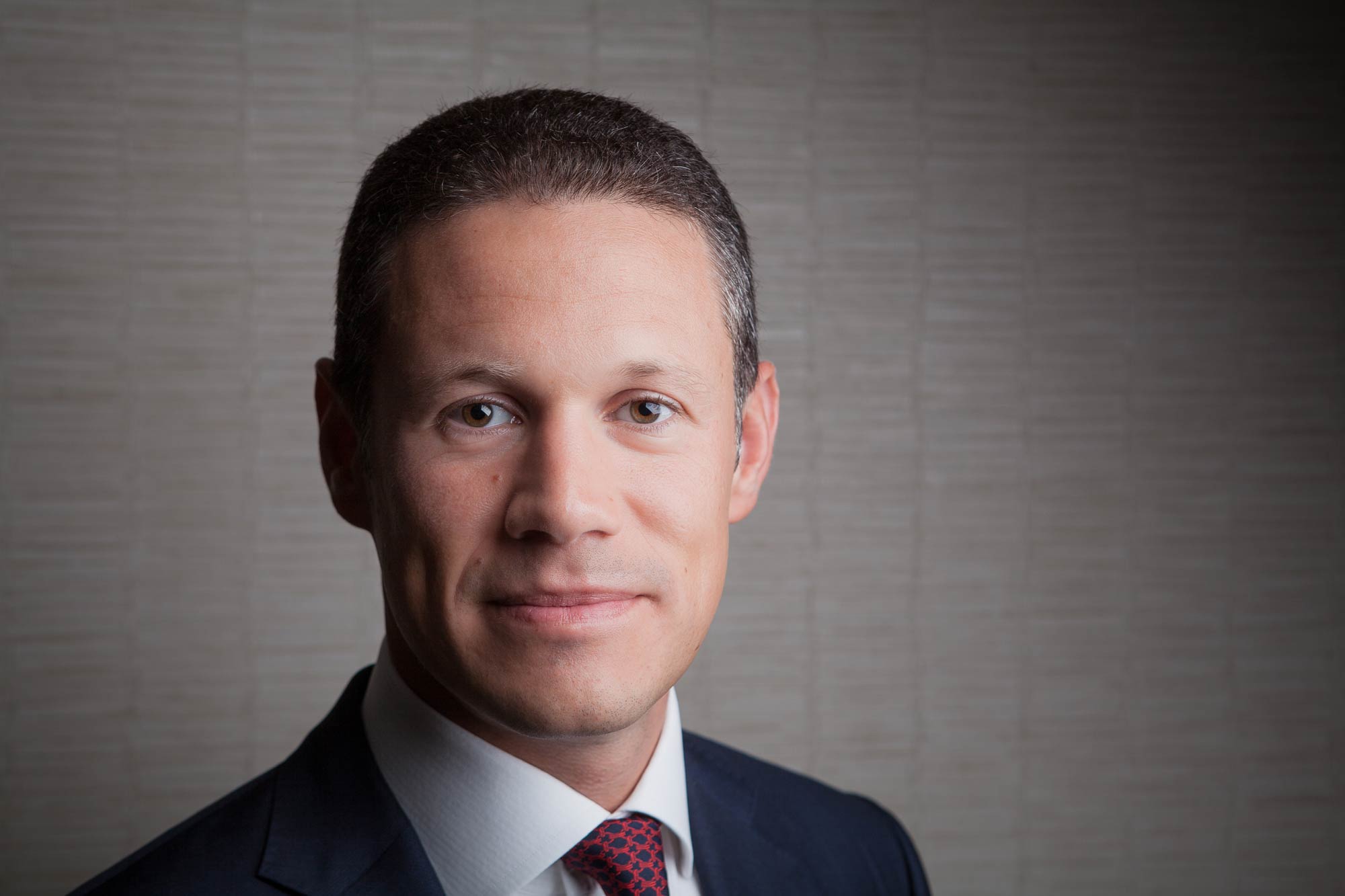 Crescent Enterprises CEO and social entrepreneur Badr Jafar talks exclusively to Milestone about diversity, changing the face of corporate culture and why nurturing the humanities is the key to a bright future.

“I thrive on diversity,” says Crescent Enterprises CEO Badr Jafar. “Today, for example, I kicked off chairing a board meeting for Gulftainer; I’m fine tuning an agreement to operate one of the largest ports on the east coast of America, which offers huge developmental opportunities. An $800 million commitment over a number of years, it’s quite significant. The next meeting was a brainstorming session for one of our latest startups – Kava & Chai – a next generation coffee and tea chain to rival Starbucks, at least in the Middle East for the time being.”

A snapshot into the life of one of the Middle East’s most influential businessmen, this eclectic routine is reflective of both Crescent Enterprises’ varied interests and Badr’s expansive mind.

“They all complement each other because lessons learned in some of these newer investments helps us to think through the opportunities and risks for some of our more established businesses,” says Badr Jafar. “It’s all part of the same canvas.”

Originally engaged with oil and gas when it launched in the late 60s, family-owned Crescent Enterprises entered the ports and logistics space before moving into a number of other sectors in power generation and EPC. More recently, it’s been Fourth Industrial Revolution activities and investments – including in the venture capital space – that has piqued company interest. Today  affairs are arranged under four main platforms: CE Operates, which spans the aforementioned ports and logistics space, power and engineering and business aviation. This includes Gulftainer, one of the largest privately-owned container terminal operators in the world. On the investment side, there are two platforms. CE Investments is the strategic investments arm, a general balanced portfolio of diversified investments and then there’s corporate venture capital arm, CE Venture, which looks at early to late stage businesses (often tech-enabled) and select venture capital funds.

Badr Jafar explains: “This has a global outlook and we try and focus on specific domains including medtech, supply chain technology, ai and foodtech. We always apply a social lens to what we do, and food security is a major issue in this part of the world so it’s particularly interesting for us.”

Finally, CE Creates is an incubator that develops early stage concepts into viable and scalable businesses with measurable social impact, as well as helping to “keep entrepreneurial flair alive in the family business.” This includes the likes of the first sustainable transport fleet in the region and the Kava & Chai chain.

“I was very keen to see if really my calling was in another direction altogether and I never took it for granted that I would join the business – or even that it would be something they wanted from me,” he acknowledges.

However, after he was drafted in to Crescent to work on a specific project for a projected six-month stint, Badr became immersed in the company and never left. Over the subsequent years, he has certainly made an impression. His progressive leadership style and tenure at Crescent is imbued with the philosophy of ‘business with a soul’ – a culture rather than a business strategy, this is a pillar on which Crescent Enterprises flourishes.

“There doesn’t need to be a trade-off between profits and purpose,” notes Badr, “it’s not a zero-sum game. The question is how do you create a corporate culture that facilitates profit and purpose and allow them to coexist peacefully without advancing one at the expense of the other.”

While it’s less complex to implement these principles with businesses that are being created from scratch, rather than applying them retroactively, “analyzing the broader impact of a business that hasn’t necessarily been measuring anything other than financial implications can always be a fun exercise,” he says. Take ports, for example. “There are many ways that ports, and shipping in particular, can have a detrimental impact on the environment. However, thanks to technology today, the water surrounding some ports can be cleaner than most beaches. But unless you’re measuring it you could be missing out on opportunities to generate positive impact.”

The potential social impact of this business is equally fascinating. Crescent’s last US port venture, Canaveral in Florida, is in a typically deprived area. The surrounding hinterland suffers from a lack of infrastructure investment that hinders the whole business community from thriving. Crescent started to measure its investments made in the area and how this was affecting the small business community. With this intelligence arrived an opportunity to serve them more efficiently and attract liners with cargo more relevant to this sector.

“It’s really about what purpose you serve as a business overall,” Badr says. A business without a sense of purpose is a poor one, regardless of how much money it makes. This is at the core of what we try to achieve.”

Chairman of Endeavour UAE and on the Board of Advisors at Sheraa, Badr Jafar applies a similar lens on society.

“Poverty is not a lack of money in many ways, it, too, is a lack of purpose. This is a fundamental problem in the Middle East today. It’s not as if we are economically disenfranchised in our region, more that many of our youth don’t feel that they have a well-defined purpose in their communities – and ultimately in their economies as well. Giving someone a salary and a job title is not enough.”

As comfortable discussing the Islamic Golden Age and quoting American writer Maxwell Anderson as he is at unpacking modern education systems and esoteric philosophies, Badr embodies his own principles of diversity. He advocates a broad education where people are not necessarily expert in any one domain but can take a holistic approach to problem solving – “that’s what I believe the world needs more of today. I think we’ve progressed beyond the need for experts” – and looks to the humanities to enrich and inform creativity and innovation.

“Humanities and the arts are still seen as a lot more ornamental than fundamental,” Badr says, “we still have yet to embrace the power of the humanities.”

In response, Badr has been busy. Back in 2011 he launched the Middle East Theatre Academy, a non-profit organisation that provides a safe environment to nurture young actors, directors, and producers from the Middle East, and helps them to showcase their talent internationally. He’s a member of the Kennedy Centre’s Centennial Circle, and in May 2015 was appointed by the United Nations Secretary General onto a committee for Humanitarian Financing, formed “to address the increasing gap between resources and financing for the world’s ever-increasing humanitarian needs.”

“I’ve done a fair bit of work on understanding the impact of humanitarian aid and how to enhance the quality of that aid,” Badr Jafar offers, modestly. Indeed, quite apart from launching the Arab World Social Entrepreneurship Program in partnership with Ashoka and his committee role at the UN, he has spearheaded a project called SMEs for Humanity (SME4H). An online portal where humanitarian needs can be posted by governments, humanitarian agencies, NGOs, and others, including SMEs, on this platform SMEs can respond to needs that are geographically close or technically relevant to their skills and capabilities, independently or in partnership with other public and private stakeholders.

Badr is quick to point out that, despite the best intentions, not all aid hits the right note. Indeed, in some instances it can even be detrimental to development.

“You have to be very clear what you’re measuring and what your impact is otherwise you could actually be doing a lot more harm than good without even realising it,” he advises. “Whenever I talk to social entrepreneurs I say be careful that you don’t create businesses that actually create problems for you to solve. And don’t assume that because something is a problem today, it’s going to be a problem tomorrow. If your business relies on it being a problem tomorrow, that’s in itself a flawed business.”

Strategic philanthropy is another area of interest; Badr Jafar is working in partnership with the likes of the World Bank to develop a tech platform to channel the estimated $250 billion to a trillion dollars in aid donated by Muslims every year to into transparent, impact-driven vehicles and platforms. Supporting the goal of better-deployed philanthropy in the region is the Pearl Initiative’s ‘Governance in the Philanthropic and Non-Profit Sector’ program, which addresses the benefits of a more institutionalised approach to giving, as well as the benefits of adopting better governance practices within the sector. A non-profit think-tank founded by Badr with the United Nations Office of Partnership, Pearl aims to improve corporate governance, accountability and transparency in the Gulf region.

“Selfless receiving of help is just as important as giving,” he says, “and often we don’t help each other as communities as well as we can because we haven’t learned to seek help in the right way. What this means is we’re not recycling ideas, lessons, knowledge, experience, and expertise anywhere near as efficiently as I think we can do as a society.”

Dedicated to intelligently nurturing a better future, Badr Jafar drives and inspires change with holistic attention to detail. Additionally, in May this year he joined The Giving Pledge and will contribute a majority of his wealth to philanthropic causes . As he puts it: “I get the sense that giving back is just part of our DNA.”