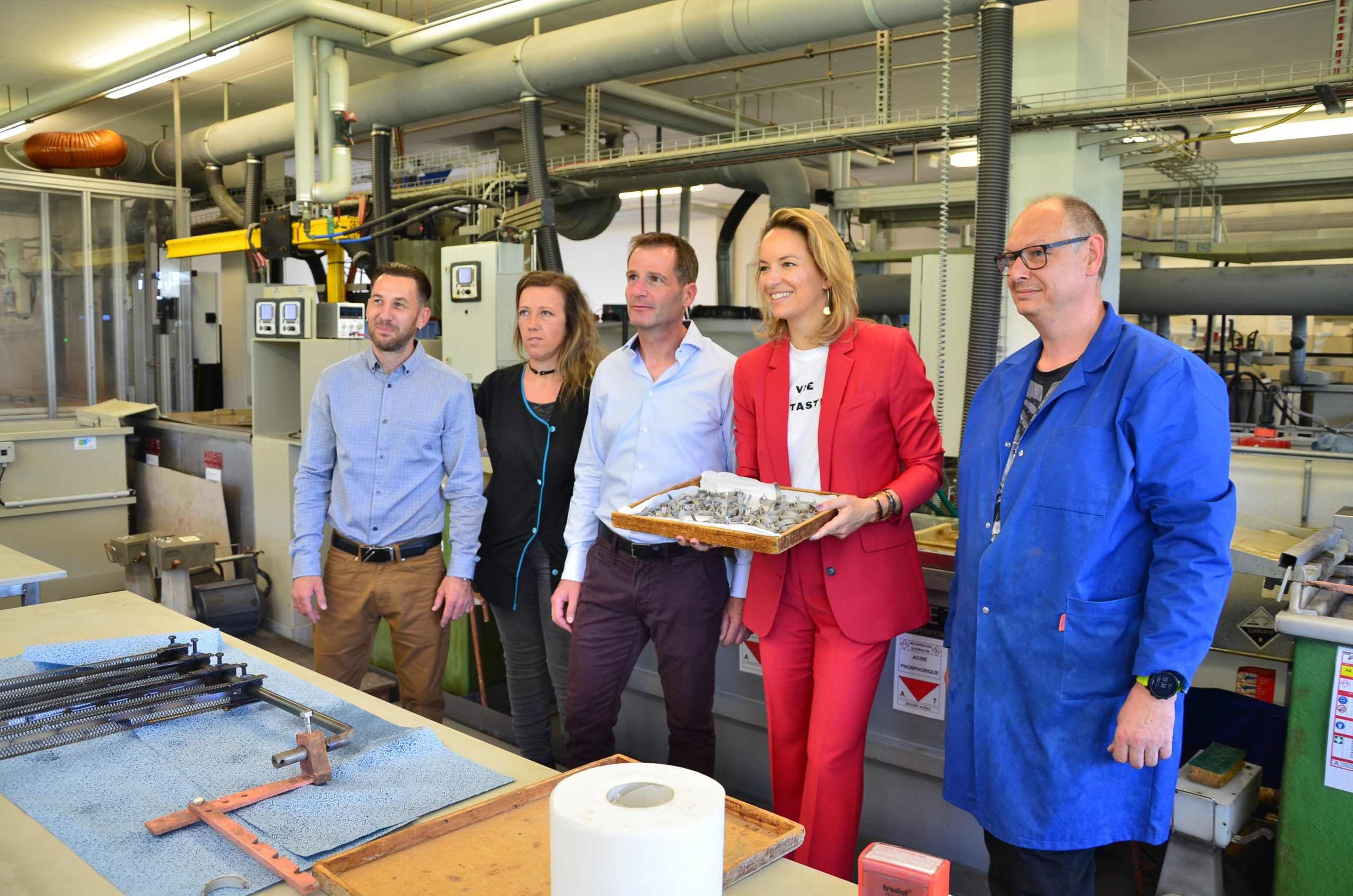 Swiss brand Charriol has established an international reputation for its uniquely designed watches and jewellery. We spoke to Creative Director and CEO Coralie Charriol to find out how historical influences can shape future plans.

When the entrepreneur Philippe Charriol created a luxury goods brand under his own name in 1983, he did so while making strong references to the past. Initially manufacturing watches, his company used ancient Celtic art and artefacts for inspiration. In particular, Charriol admired the ‘torque’ necklaces and bracelets fashioned from coiled gold threads that had been unearthed in various archaeological digs. With this in mind, the company’s first line of watches used coiled steel cable as both decoration and for the watch bracelet itself to emulate the Celtic style. This innovation would go on to be an important motif of most Charriol products as the company grew.

By the time Philippe’s daughter, Coralie, took up a senior role in the company in 2019, its product lines had long since diversified into all forms of jewellery, alongside other accessories.

“I worked with my father for twenty years,” Coralie explains. “Even as a child, the company was part of my life. My father had a home office, and I would walk in and find myself sending faxes for him or something.”

Later on, while at university studying design, Coralie created a handbag concept as part of her course. Her father saw the designs and loved them, and they ended up becoming a key Charriol product. From there, a steady rise up the corporate ladder followed, in which Coralie gathered experience of all sides of the business. Yet, despite her lifelong involvement in the brand and the belief that she would one day take up the reins, the circumstances under which she assumed control proved both sudden and distressing.

“My dad loved to race cars,” she recalls. “And ultimately, he died in an accident on the track in 2018. So he died doing something he loved, but of course, it was a brutal shock to me, to the company, and to everybody. Following my father’s death, I moved from New York to Geneva to continue my role as creative director and chairwoman, but then COVID hit.”

Following her bereavement, Coralie’s senior role in the family business forced some tough decisions upon her. The restricted economic environment created by national lockdowns had a huge impact on retail and naturally affected Charriol. For the three months between March and June 2020, the company’s operations were effectively frozen. Sales dropped to zero. Closures and redundancies followed, an essential although an unwelcome step in ensuring the company’s survival.

“It broke my heart a little bit,” Coralie admits. “I had to let some people go who had been with us for a long time, but I did it to save the company. My father built this company on relationships, and we had distributors and suppliers we had been working with for nearly four decades. It was important not to lose any of them and to keep those relationships. So we really focused on that.”

The corporate test of endurance that COVID created was aided by an uptick in digital sales. While brick and mortar footfall vanished overnight, meaning Charriol’s outlets in forty-eight countries became dead weight, e-commerce saw a 35% boost. This gave Coralie something to build on.

You know COVID had the effect of sharpening your focus. Like we didn’t have to think about whether we should invest more in digital. It was instantly apparent that’s what was needed.

However, the situation dragged on. Despite the lifting of initial restrictions in June 2020, there then followed an extended period in which economic contraction continued and lockdown measures were reintroduced intermittently. This meant a longer-term approach to cost-cutting had to be taken, through which the top end of Charriol was also reshaped. As a result, Coralie became executive chairwoman of a new, leaner version of the company her father had built, but one that had managed to withstand the most serious existential crisis in its forty-year history.

With the situation finally stabilised, Coralie has been able to begin work on pushing the company forwards. In particular, she has focused on watches, Charriol’s best-known line, in which she takes a personal interest in all stages of production. From design through to manufacturing, the executive chairwoman’s international upbringing and wide-ranging experience are brought to bear.

“Internally we have downsized,” Coralie explains. “So I need to think about all of that as we emerge from the pandemic. I need to build my team up again. I have outsourced our assembly operations, so we need to ensure that the relationship works smoothly, and I am also looking to establish partnerships with some new suppliers. These are the things we need to focus on in the short term.”

Of course, there are exciting new products on the way, with the aim of hitting the ground running as the post-COVID period begins. Foremost of these is the new, redesigned St Tropez watch. It is a women’s timepiece which builds on company traditions by incorporating the cable style bracelet of some of the company’s earliest designs. However, Coralie has stamped a modern mark on it by changing its proportions and adding new features. It is a product which symbolises the company’s emergence from the coronavirus nightmare, grounded in tradition but forward-thinking and fresh.

Most importantly, as Charriol continues to build on the past, it will look to continue its digital revolution alongside a renewed sustainability focus. Not just in retail but in manufacturing, supply chains, and everywhere else, the digital revolution is changing the way business is done. Coralie has responded to this by setting a target of 25% of all revenues to be digitally generated within the next three years and will continue to invest in the systems to make this possible. Meanwhile, the company has forged links with a variety of environmental groups that work to raise awareness about climate change.

“It is not always easy, because we are a company with a long history. Companies like us do not always translate well into digital. My father created this company on real, face-to-face relationships in real-world settings, so when moving into the digital sphere, everything must be reconsidered. The way we describe things, the way we present them. It’s a very different approach, but it’s one we now embrace.”

Despite that, it is also important to retain the human touch.

Coralie confirms, smiling. “So much of our business was built over a meal and a drink. You know, you can Zoom all you want, but it just isn’t the same as a face-to-face meeting!”