After the independence of Lithuania in 1990, Edvardas Radzevičius began his own business in car security systems and within ten years was one of the biggest operators in the Baltic region. More opportunities appeared when that country joined the EU and Edvardas began a new business, Altas Auto, which today is one of Europe’s leading bodybuilders of mini and midibuses.

Lithuania gained independence in 1990 but, according to Edvardas Radzevičius, the corporate climate remained somewhat unstable due to a lack of organisation and unethical business practices.

“Let’s just say that many businesses were based on doing things illegally, and it was all rather wild west in those days,” reminisces Edvardas. “At that time security was an issue, so in 1992 I started a company selling car alarms and security systems that later progressed to car audio and video. By 2002 we had become one of the biggest companies for this kind of product in the Baltic region and things were going extremely well.”

However, things soon began to change and, as new cars started to come factory fitted with alarms as standard, the business became less financially viable. Edvardas was, once again, quick to look for other avenues of opportunity and hit upon a new business idea.

“Because we installed stereos, we were used to modifying car interiors and I thought this could be the best way to go. So, we formed a new company, Altas Auto, with the idea of converting commercial vehicles, such as police cars, ambulances and prison transports, etc.” 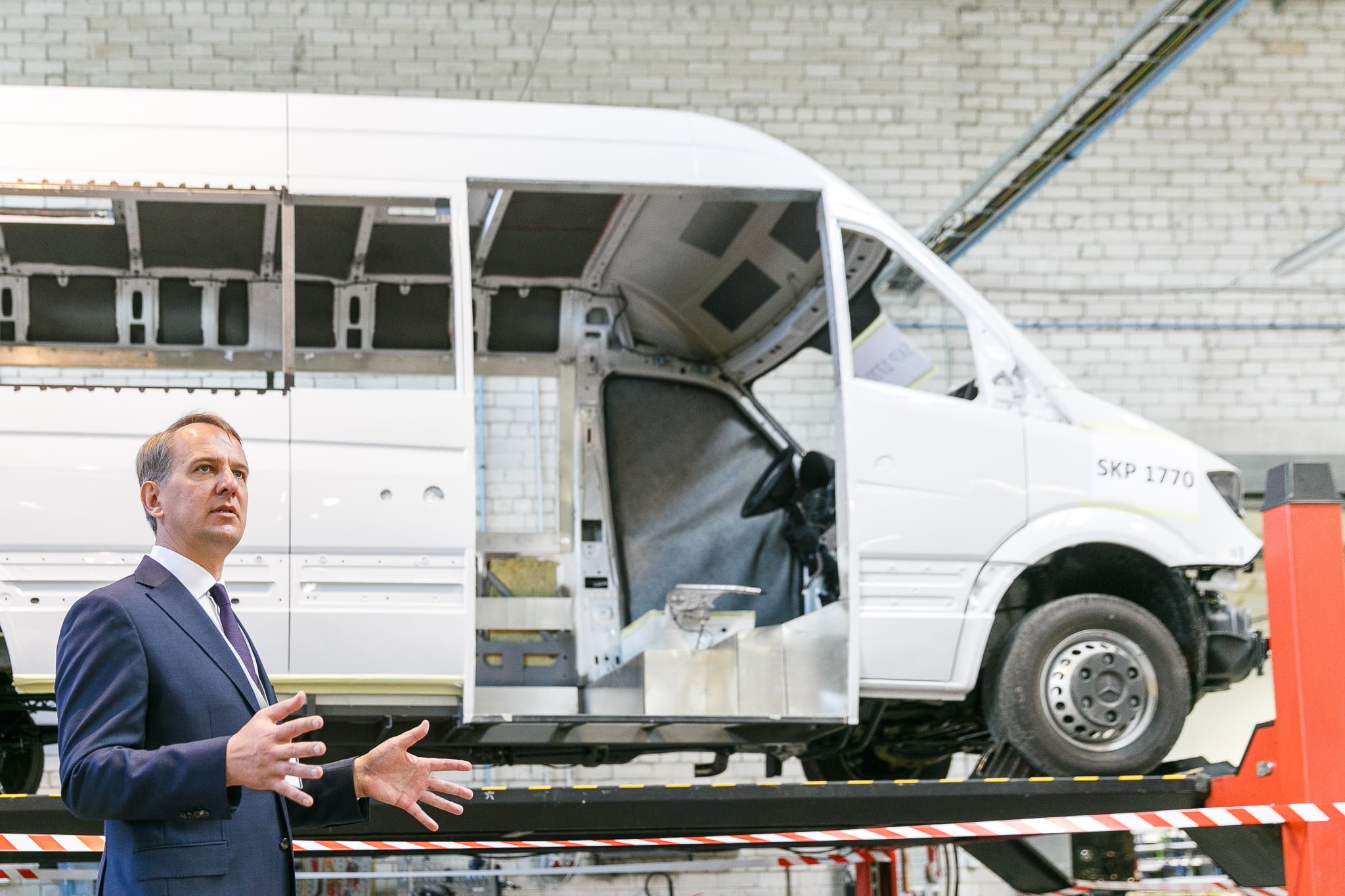 Edvardas’ new company quickly proved a success, but more challenges soon arrived when Lithuania joined the European Union, in 2004, when new rules and regulations regarding the registration of vehicles were introduced. “We had to change our structure again,” says Edvardas, “as we were unable to offer such a wide product range because of these limitations. At this point we started to specialise in minibuses and ambulances, and today we are one of the biggest operators in Eastern Europe.”

It was after recovering from the recession of 2009 that Altas Auto properly started on this upward trajectory. At that time the company had just 40 employees, whereas today they have circa 250 working at their 8000 square metre premises in Vilnius. Edvardas admits that having been both the owner and driving force behind all his ventures, this success offered him many new challenges, as it was not easy to let go of control and then find the staff to take over his old responsibilities.

“Since the company had experienced very little time operating in a proper corporate structure, this became a big challenge for us,” he says. “Before, I was the only one responsible for management, sales and development, so the big question was, should I look outside the company or employ from within. Because we are such a niche market and have a very specific non-standard production, I believed it was best to recruit from within the company. Before, when anybody needed anything, they always came to me, but the culture needed to change, and I had to start delegating more. It’s been difficult and has taken a while, but I feel that we have a great team in place today – and almost all of my managers are Altas Auto long-term employees.”