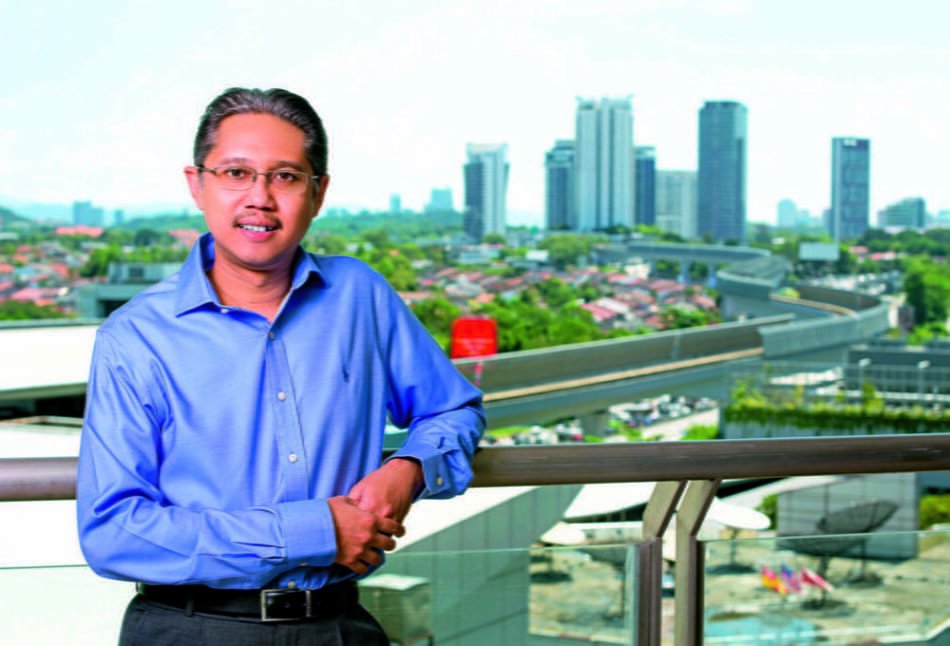 It was whilst working as a venture capitalist in London, in 2006, when Firdaus Abdullah received a phone call from an ex-investment partner from Malaysia, asking him if he would be interested in coming home to work. “Think of it as doing your National Service,” commented the then CEO of SilTerra, and before long, Firdaus was homeward bound.

Firdaus is a high achiever, whose C.V. makes for impressive reading. Having attended Stanford University, receiving a bachelor’s and master’s in electrical engineering (Specialising in semiconductor physics), he also managed to squeeze in an MBA from Oxford. This led to a job in Silicon Valley, as an IT design engineer for Intel, before Firdaus decided that, along with many other highflyers of the late ’90s, he would become a venture capitalist.

But what made him turn his back on such a lucrative career and return to Malaysia.

“I am a proud Malaysian, and I think it was just the right time,” admits Firdaus. “Also, my role at SilTerra looked an exciting challenge, so the whole package was appealing to me.”

SilTerra is a semiconductor wafer foundry, offering fabrication and design support services. At the time they operated just one semiconductor fabrication plant (FAB), in Kulim, where all their chips were manufactured, and it was in this area that Firdaus was expecting to make the most significant changes, as he explained.

“The CEO wanted to open more factories and expand the business, so my original role was to go around the world and acquire other factories, in order to aid this expansion, and also oversee the building of a new SilTerra FAB in China. The business plan was to get these sites up and running smoothly and then transfer the whole business back to Malaysia.”

Sadly, these grand plans never came to fruition and the whole dream was quickly brought down to earth with a bump. Firstly, the financial crisis took hold and then many of the stakeholders got cold feet and pulled out of the project. Subsequently, with all the old plans shelved, a new model was devised, and it was decided to build the company up organically which, as Firdaus pointed out, motivated him just as much.

“Having investment secured and expanding at pace is exciting, but there is a great deal to be said for the merits of a more moderate approach. This also suited our primary stakeholder, Khazanah Nasional, the investment arm of the government of Malaysia, so it seemed the obvious path.”

Having now been with SilTerra for 12 years, becoming the fulltime CEO in 2016, Firdaus is determined to continue on this steady upward trajectory. For the past three years he has aimed to orient the company towards new, high growth and high margin areas. These include Silicon Photonics, an evolving technology where data is transferred among computer chips by optical rays, and MEMS, Microelectromechanical Systems, which is the technology of microscopic devices with moving parts. Firdaus explained his objectives.

“In your phone, you have a chip called a display driver, which lights up and drives the image on your screen. At one point, SilTerra was the largest producer of these chips, with over 25 percent of the global market share. Today, our market share is 10 percent. My aim is to try and dominate some of these new niche areas, so we will once again rise to be a leading manufacturer. Silicon photonics chips are specifically designed to cope with high-speed data communications. Due to the ever-expanding amount of data we use, the need for bigger data centres to service the likes of cloud computing and Amazon web services, etc., rely on these more efficient and cooler functioning chips to operate.” 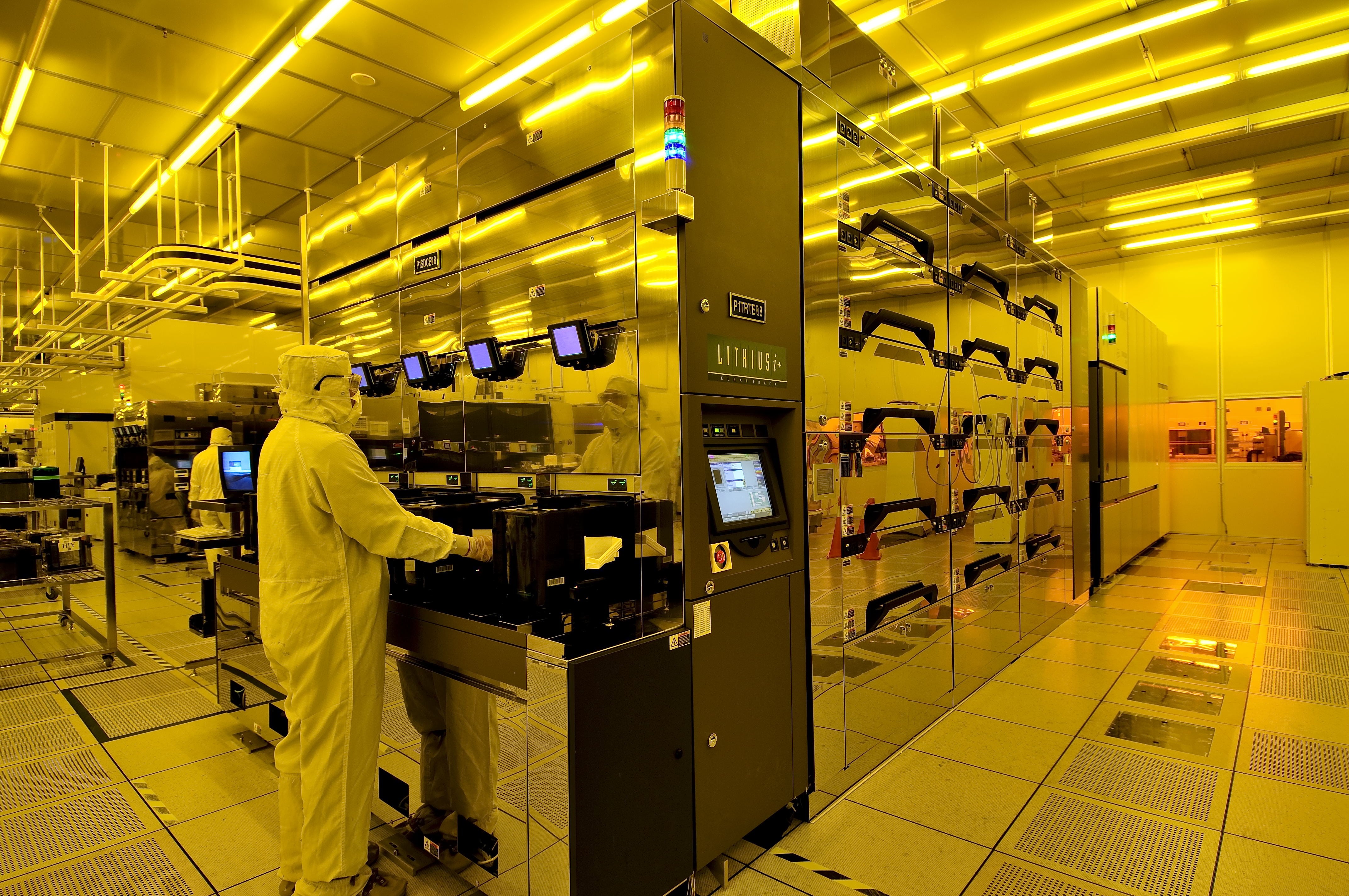 As usual, the biggest challenges ahead seem to involve financial issues. Attempting to break into new technology markets, whilst also trying to develop said new technologies, is a delicate balancing act.

“You need to increase your knowledge while stretching your resources to full in order to cope,” says Firdaus. “Sometimes you need to procure experts, who don’t come cheap but who are essential to your success.”

According to Firdaus, being a smaller company can have its advantages and he believes that, unlike many of its main competitors, SilTerra has the ability to focus on its 40 key customers and cultivate relationships more easily.

“We have companies that have been with us for 14 years and, although they always need to use other FABS in their operations, they stick with us because they know we always deliver,” insists Firdaus.

This loyalty works both ways, and SilTerra has also maintained close ties with all their suppliers. Whether paying early to secure better prices or not pushing too much when times are hard, the longevity of their partnerships is a testament to the trust between these businesses.

“In 2017 there was a wafer shortage because there was not enough silicon to produce them,” says Firdaus. “Incredibly, due to the close relationship with our provider, S.E.H. Malaysia, they actually called us and enquired how much stock we wanted, just so they could put it aside for us. We have around 15 key suppliers, and we maintain this kind of bond with almost all of them.”

SilTerra may not be one of the big players in the tech arena but being the best in their field is what Firdaus is aiming for. The truth is that Firdaus Abdullah could probably achieve anything he put his mind to, and the fact he chose to stay and run SilTerra speaks volumes. Having reached the summit in his education abroad, he is ready to do the same in business, except this time he is operating on ‘his’ turf, and the home side always has the advantage.