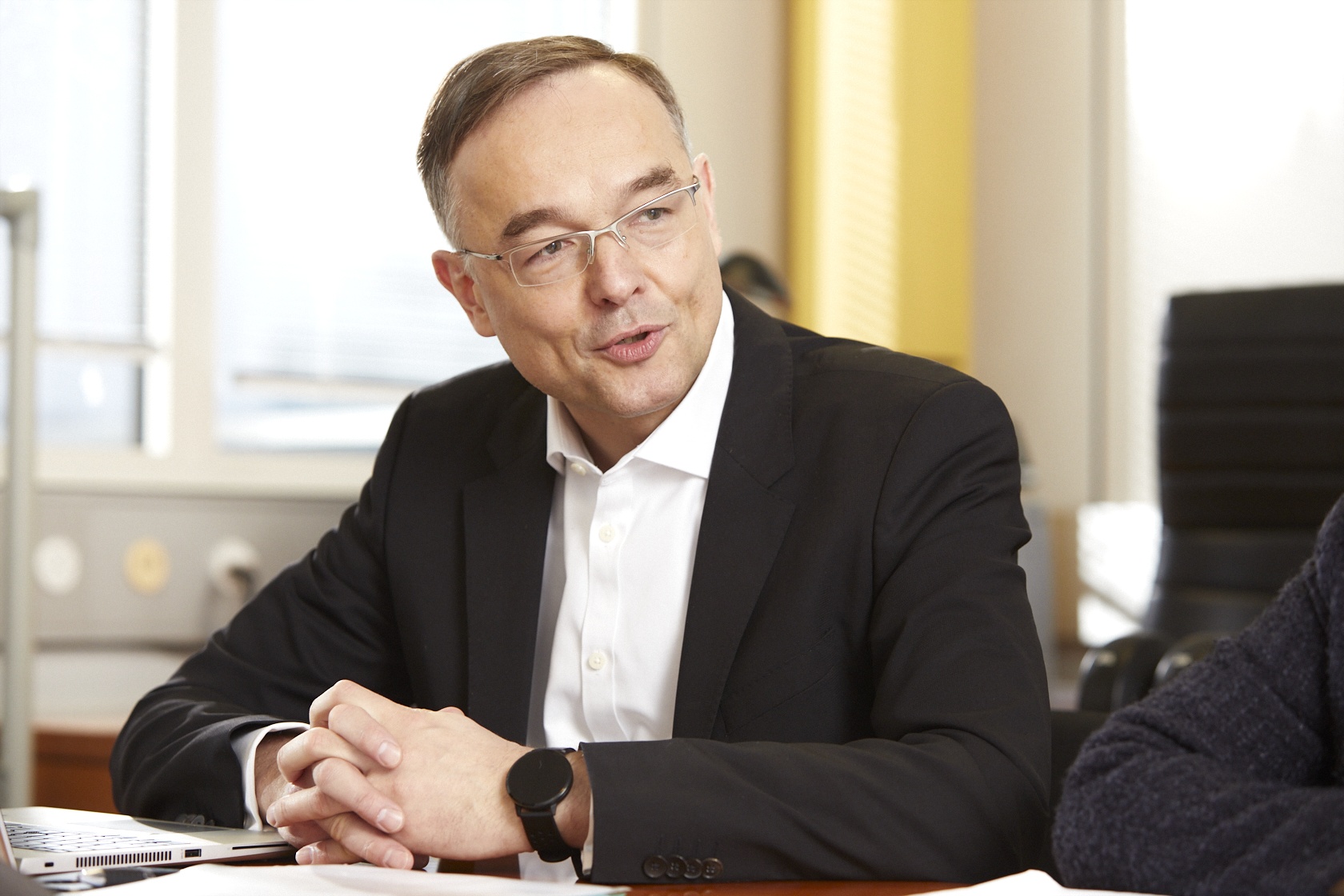 Frank Rehfeld spent more than a decade in China immersed in the country’s culture and language before moving back to Europe to take the reins of LEM. He learnt some valuable lessons while he was away, especially the power of communication.

LEM is the market leader in current and voltage measurement in the power electronics business. The company is spearheaded by German Frank Rehfeld, who has been CEO since April 2018. With a wealth of international experience in both the automotive and electronics industries, he’s ensuring that LEM remains one step ahead of the game. He was initially appointed as Head of Industry in 2016 where he proved his worth as a candidate for the top job.

“I’m an electrical engineer by education, I grew up in East Germany but when the Berlin Wall came down, I moved to the west of the country to finish my studies in Bavaria,” Frank says. “I then upped sticks to China to study the language – I also did an internship with Siemens, where I ended up working for a decade from 1996 to 2006. I was Director of Siemens VDO Automotive and then became the Director of the Body and Chassis Electronics department in China.”

Frank also held executive roles at Hella Shanghai Electronics and Brose China Co. in Asia before LEM came knocking. Despite the fact that he and his family loved living in China, they agreed that after more than ten years in the Far East it was time to move closer to home, and Geneva was the perfect spot.

“I learned a huge amount in China, including the language – people don’t tend to stay there for 12 years unless they can communicate with the locals,” he explains. “But it felt like the right moment to move back to Europe and LEM’s offer was hard to turn down. The company has two business segments, one is automotive and the other is industry. Automotive accounts for about 20% of our turnover and industry for about 80%. We have our biggest operation in China where we produce about 60% of our global turnover.”

Half a century of quality

LEM engineers the best solutions for energy and mobility, ensuring that its customers’ systems are optimised, reliable, and safe. Its almost 50-year heritage began with just a few engineers discussing ideas around a kitchen table in Geneva in 1972 – today, it’s a hugely successful company with 1,500 employees. Thanks to Swiss quality, innovative spirit, and efficiency, LEM has established a broad global footprint. Headquartered in Geneva, it also has production plants in Beijing, Sofia, and Tokyo, as well as a dedicated R&D centre in Lyon.

The Swiss company is at the forefront of engineering highly accurate sensors for low power, high volume applications. Solar production is driving demand for the company’s sensors in renewable energies and power supplies. Another major growth driver is the new market of green car platforms. Its products are also chosen for their accuracy and reliability in medical equipment.

The future’s looking bright, despite COVID-19. The company is going to invest over $10 million in a new production plant in Penang in Malaysia to meet growing demand from its customers in the industrial and automotive sectors. Frank says the new plant gives LEM more flexibility in the face of geopolitical events that could have an impact on its customers’ supply chain, and Malaysia offers particular competencies, such as in semiconductors and modern manufacturing techniques. The new production site will be inaugurated during LEM’s 2021/2022 financial year and employ around 50 people in the first year, and 250 people by year five. Meanwhile, LEM is also investing $10 million in a new global HQ in Geneva.