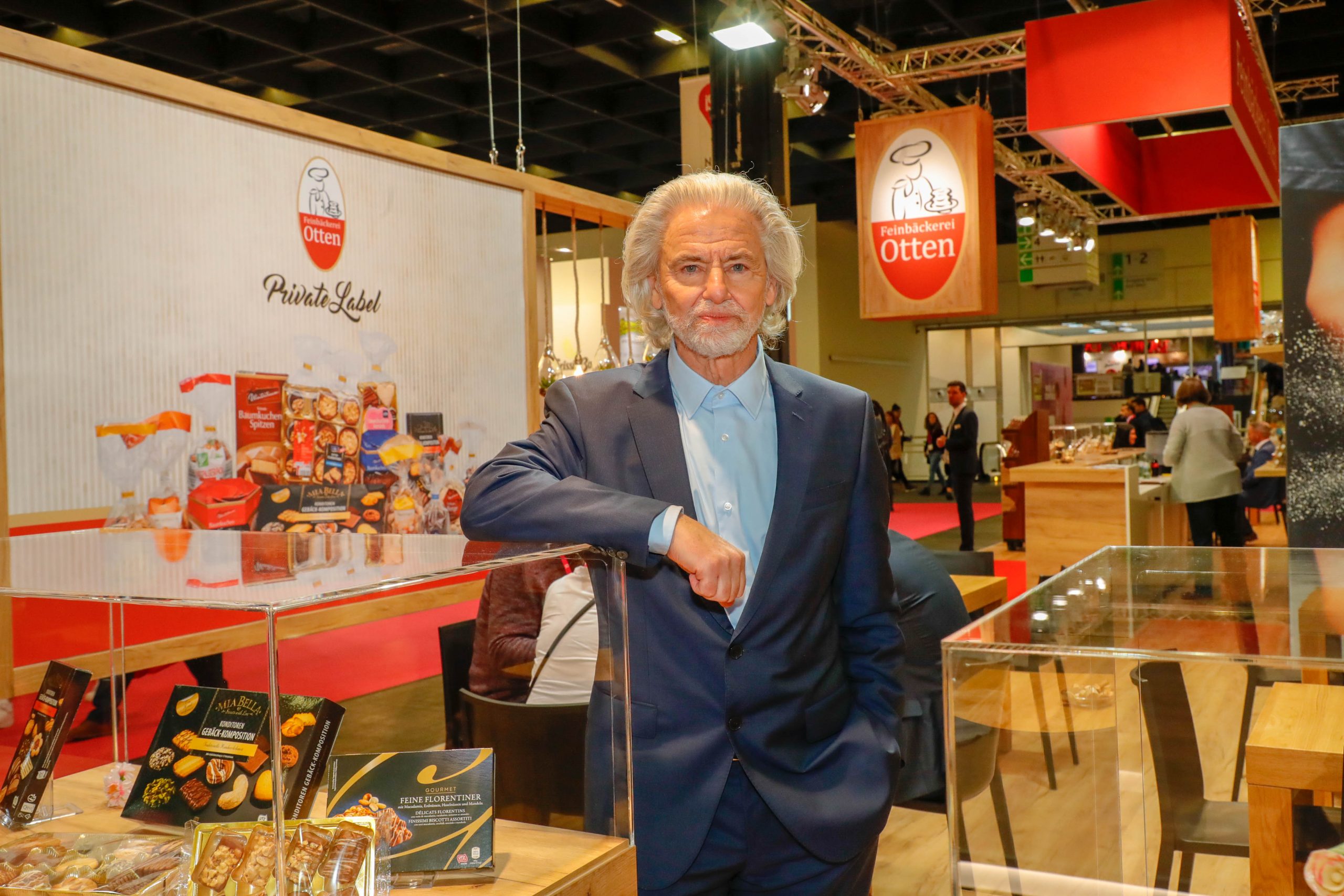 A family business with a long history, German confectionery company Lambertz Group has established itself as an international player. We caught up with CEO and owner Dr. Hermann Bühlbecker to discover his recipe for combining tradition with innovation.

The history of the Lambertz company stretches all the way back to the seventeenth century when the German imperial crown granted Henry Lambertz a license to open a bakery in the market square in Aachen, near the Belgian border. Over the ensuing two hundred years, the company established itself in its homeland, finding considerable success in 1872 with Germany’s first chocolate-covered biscuit. In this way, the Lambertz name has become synonymous in the German national consciousness with traditional treats such as lebkuchen (a honey-sweetened cookie popularly eaten at Christmas), marzipan cakes, or gingerbread.

Despite this proud past, the post-war era proved a difficult one, and the company found itself floundering during the middle of the twentieth century. A major fire at one of its principal sites caused twenty million Deutsch Marks’ worth of damage, and by the time current CEO and sole owner Dr. Hermann Bühlbecker came on board at the tender age of twenty-two in 1976, Lambertz found itself on the brink of bankruptcy.

“It was a difficult but subsequently a good decision that I joined our family business directly after my studies,” Dr. Bühlbecker reflects. “At that time, the company was only active in a niche market, too focused on seasonal products, and was in a lot of trouble.”

Initially brought in as an assistant by his uncle, who operated as managing director, Dr. Bühlbecker had recently graduated with a degree in business administration. He saw clearly that in order to survive, the family business needed to adapt to the demands of a shifting, modern market. These ideas brought immediate results, and in 1978, Dr. Bühlbecker took over management from his uncle. To say that what followed revolutionised the company is an understatement.

For me, the sense of tradition was always important, but I also saw the necessity of modernity.

“Our long historical competence, as well as product, brand, and corporate history, should not be forgotten but needed to fuse with the needs of the market and consumers in both the present and the future. I refer to this as ‘preserving traditions, living innovations,’ and I think this encapsulates the way I approached my role.”

The company’s corporate image was revamped, with new designs for product packaging. The product range itself was expanded, especially into year-round products such as assortment boxes and selection tins, while Dr. Bühlbecker became the sole shareholder in the business. By the 1990s, these changes had brought a staggering twenty-fold increase in revenues. In order to continue building on this success, a series of takeovers were then enacted. Traditional rivals such as Kinkartz and Haeberlein-Metzger were acquired, making Lambertz the largest producer of German confectionery in the world.

“These were tough decisions to make at the time,” Dr. Bühlbecker admits. “Of course, there is an element of risk, but these decisions proved to be correct and groundbreaking for Lambertz Group. They stabilized us and gave us the potential for even further growth.”

As the company’s position in the domestic market solidified, it became clear that further growth would require an expansion of horizons. It is perhaps only natural that thoughts turned to the foreign market. In 1988, the company opened its first facility outside Germany in Katowice, Poland, an important move.

“From there,” Dr. Bühlbecker explains, “Lambertz supplies countries such as Poland, the Czech Republic, Romania, Latvia, Russia, Bulgaria, Hungary, and Ukraine with a range specifically geared to the taste and consumption habits of the Eastern European market.”

A further international branch followed in 2007 with the founding of Henry Lambertz Inc. in the USA. Since then, Lambertz has firmly established itself in the US year-round, both in specialty stores and with major buyers such as Walmart, Sam’s Club, Walgreens, and Trader Joe’s.

The results of this ongoing expansion have been spectacular. With an annual turnover in excess of EUR 660m and more than four thousand people employed across seven sites through Europe and America, the company has left its days as a small, local manufacturer long behind.

“We can say we are the global market leader in seasonal products,” Dr. Bühlbecker says with pride. “Between September and December, there is no one in the world who produces more biscuits and cookies than us. But of course, from a business point of view, it is wonderful to be in production all year round, and our non-seasonal range now accounts for half of our annual business.”

The secret to this transformation, the CEO believes, lies in the agility which comes from the management structure. As a medium-sized family business run by the owner, the company is able to react quickly to market dynamics.

“Everything from short decision-making processes to long-term planning and investments and a special responsibility for the production sites and jobs can be handled spontaneously,” he explains. “We like this to be particularly flexible in order to be able to react quickly and effectively to market, trade, and consumer needs. Unlike, for example, multi-national and listed corporations.”

Like the rest of the world, however, the company’s upward trajectory has been thwarted to some degree by the coronavirus pandemic. Industry staples like face-to-face meetings, events, and trade fairs could no longer take place, impacting business. COVID has caused major problems and deficits in various market and sales areas, especially exports.

“Due to the generally critical situations regarding rising prices in the areas of energy, raw materials, and personnel, and in view of considerable problems in global supply chains, the main priority for us this year is to maintain stability,” Dr. Bühlbecker explains. “Our focus has to be on the security of supply chains. Despite these difficulties, we will continue to pursue our market and growth strategies. We see new opportunities above all in the export business: in Eastern Europe for our traditional biscuits and in international markets for annual biscuits.”

Our task is to meet the market’s needs perfectly, it’s an ambitious target but one we always strive for.

A charismatic and very visible executive, Dr. Bühlbecker frequently socialises on the celebrity circuit and has received multiple awards, including the Order of Merit of the Federal Republic of Germany. Although he has already achieved so much, he is not content to sit back just yet. As further growth for Lambertz is planned, focusing on the next stage of its modernisation, he has created an operational excellence management unit. This will increase company efficiency across several fields, including digitization and control processes.