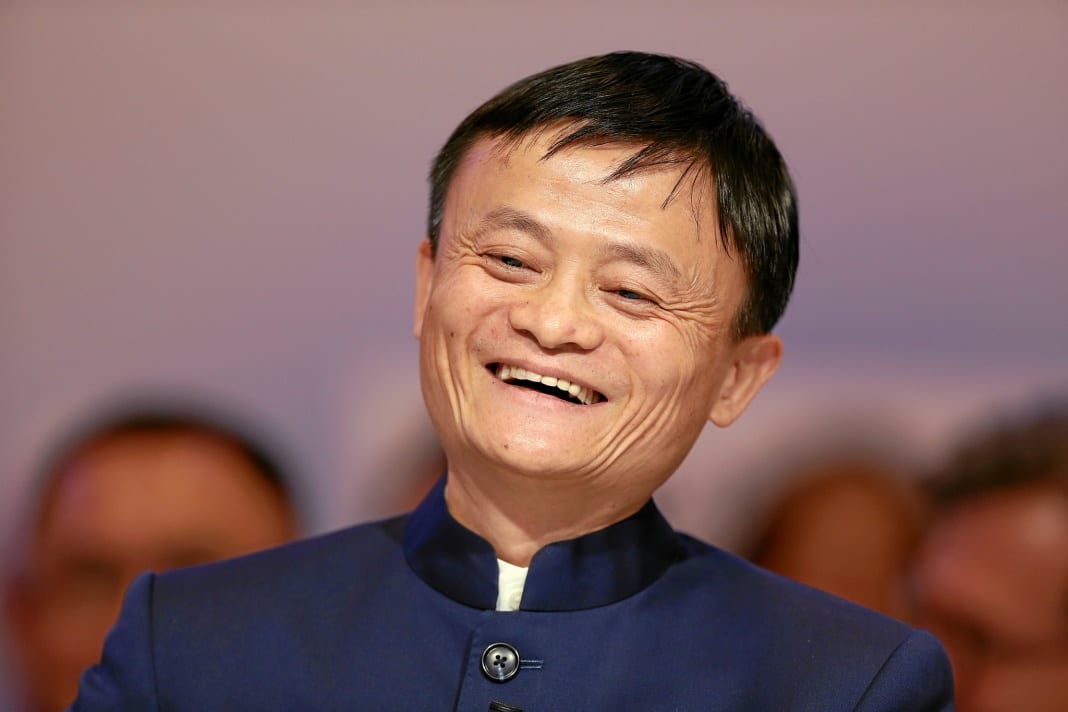 The co-founder and executive chairman of multinational tech conglomerate Alibaba Group, Jack Ma is one of Asia’s best-known and wealthiest businessman, with a current net worth of $38.2bn. He’s also viewed as a global ambassador for Chinese trade, receiving scores of honours and awards for business leadership and his trailblazing philanthropic work.

Born Ma Yun, he was given his western moniker by a pen pal he met while working as a tour guide for a hotel in his home town of Hangzhou. It is said that his friend struggled to pronounce his name properly and so resorted to ‘Jack’. Despite having to commute some 70 miles by bicycle every day, Ma stayed in the job for nine years, such was his enthusiasm for learning English.

To begin, Ma struggled in education, failing the entrance exam for the local teacher’s college twice – citing maths as his achilles heel. He was eventually accepted and graduated with honours in English in 1988. From there, he went on to lecture English and international trade at Hangzhou Dianzi University until 1993. Ma admits that during this time he applied for Harvard Business School a total of 10 times but was always rejected.

Part of Ma’s public appeal is his open character, often striking a humble chord. In an interview with TV journalist Charlie Rose he disclosed that at the beginning of his working life, he applied for 30+ jobs, but was turned down for all of them – including KFC. “When it came to my city twenty-four people went for the job. Twenty-three were accepted. I was the only guy…”

It was these early knock backs that gave Ma the impetus to go it alone. In 1994 he started his first company, Haibo Translation Agency, which called on his strength for languages to offer translation and interpretation. But it wasn’t until a business trip to the US in the mid-nineties that Ma had his first encounter with the internet. It was here he had his eureka moment: China’s lack of presence online struck him as a clear business opportunity. All this despite still not owning a computer himself: his first one came at the age of 33.

When he returned he, his wife and a friend – who presumably did own his own computer – raised a sum of $20,000 went about creating their own website. China Pages was the platform for a website-building business. Within hours of the launch, venture capitalists were on the phone hoping to invest. It made nearly $1 in its first three years. Soon after, though, Ma was forced to drop the business owing to strong competition from the bigger Hangzhou Telecom.

The following year, from 1998 to 1999, Ma headed up a state-run IT company that formed part of China’s Ministry of Foreign Trade & Economic cooperation. Realising quite quickly that he stood to lose out on the opportunity to exploit a fledgling e-commerce market, he quit and went back home to Hangzhou to start business-to-business e-marketplace Alibaba. He convinced 18 of his colleagues to join him.

The Alibaba ‘project’ was primarily motivated by a want to ease some of the challenges facing small and medium-sized businesses (SMEs). Accountability, achieved through paid membership and certificates for trustworthiness, ensured that transactions were honoured. China has long battled with unscrupulous traders and customers, which the government is now using to justify its controversial Social Credit Score – every citizen is given a score out of 10. The initiative is being facilitated, in part, by Alibaba.

On launching, the business quickly received $50m in foreign investment and began to grow exponentially. In September 2014, at its initial public offering in New York, it commanded nearly $25bn, the largest IPO in US financial history. Ma now serves as executive chairman of Alibaba Group, which is a holding company with nine major subsidiaries: Alibaba.com, Taobao Marketplace (the ‘Chinese Ebay’), Tmall, eTao, Alibaba Cloud Computing, Juhuasuan, 1688.com, AliExpress.com and Alipay. In 2015, his good fortune slipped a little with Alibaba’s shares dropping by nearly a quarter, owing to China’s slowing economy and concerns over counterfeiters using the company’s platform. Ma remains optimistic, though, and plans to push Alibaba outside of China, significantly expanding its ventures abroad.

This year Ma’s charity, the Jack Ma Foundation, hit the headlines after it was announced that it would donate $44m to public hospitals in Hangzhou. Donations to public hospitals were previously banned, but a new charity law was implemented in China last year. In all, he’s now contributed share options totalling $2.4bn to the foundation. While this is a drop in the ocean compared to the philanthropic contributions of some US tech tycoons, Ma is setting a positive example in China.

He and Barack Obama are said to get along well following an interview the former US president conducted at the Asia Pacific Economic Cooperation Summit concerning climate change and entrepreneurship. Later, he went on to meet with incumbent US president Donald Trump at Trump Tower to discuss how to create one million American jobs in five years.

But perhaps most surprising about Ma is his penchant for live musical performances. To celebrate Alibaba’s 18th birthday last year, Ma appeared on stage giving a ‘Michael Jackson-inspired’ performance. This wasn’t the first time Ma has performed, though: he sang part of Elton John’s Can You Feel The Love Tonight in 2009, while dressed as heavy metal lead singer.