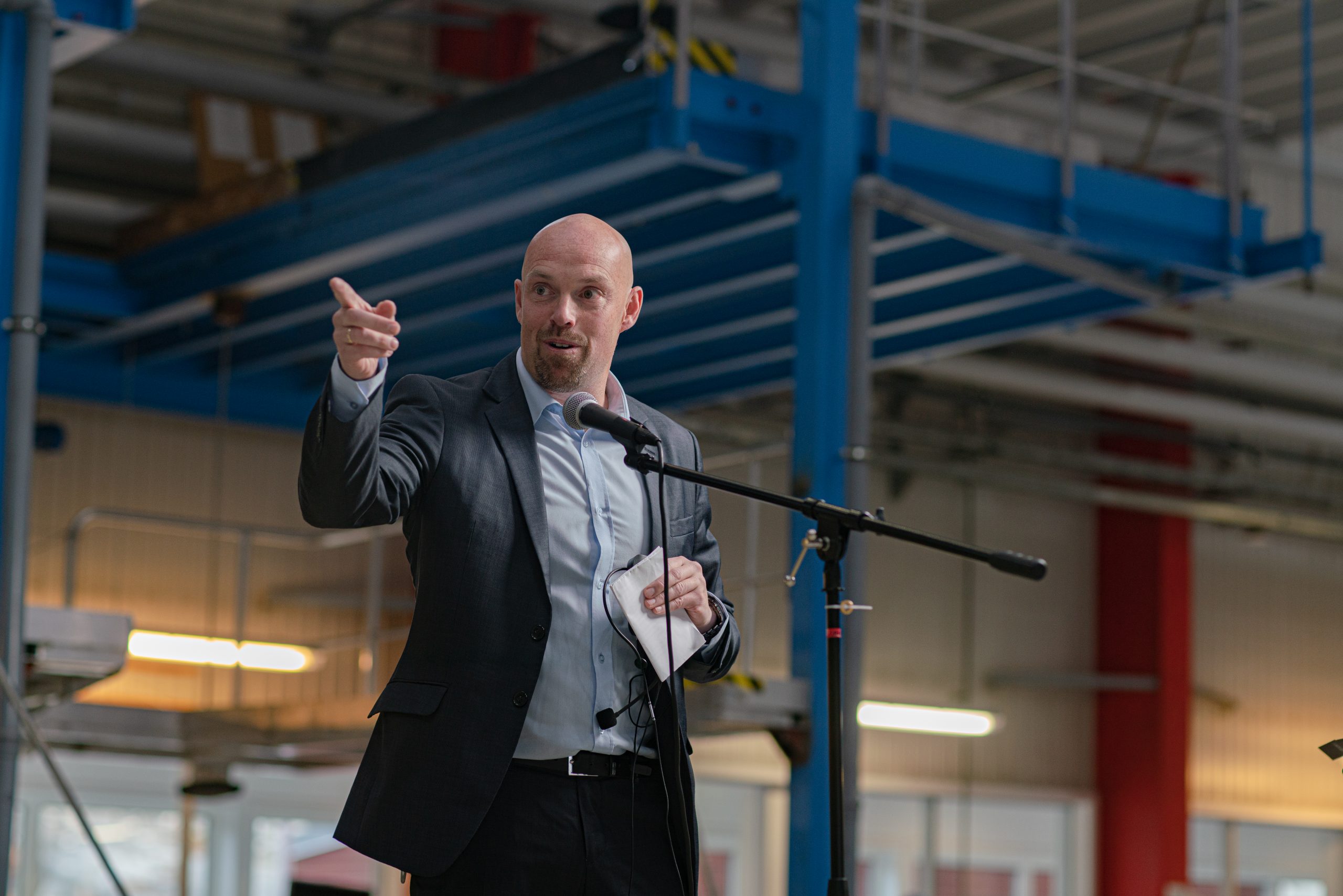 In a vast country with few roads, air travel is an essential part of the infrastructure. Nonetheless, the coronavirus pandemic has thrown up considerable difficulties for Air Greenland. We spoke to CEO Jacob Nitter Sørensen to discover how this unique airline has weathered the COVID storm.

As has been well documented, the global pandemic of the last two years has decimated aviation. While COVID’s impacts have been felt across all industrial sectors, commercial air travel has been so badly hit that a number of well-established carriers have ceased trading. Others have limped on, but with greatly reduced services.

Air Greenland occupies a highly unusual position in the industry. With a geographical area, nine times bigger than the United Kingdom but a population of under 60,000, the arctic climate and difficult terrain of the operator’s home territory are disadvantageous to common forms of passenger transport. A couple of small bus companies can be found in larger cities, like the capital Nuuk, while the rest of the population relies on boats, dog sleds, or air travel to move around. As such, much of Air Greenland’s traditional business model has been based on internal flights utilising helicopters and other small aircraft.

Current CEO Jacob Nitter Sørensen joined the company in 2000 as a pilot and has steadily climbed the corporate ladder since. As such, his entire career has been devoted to this fascinating niche.

“My connection to Air Greenland goes even further back than my own career,” he explains with a chuckle. “My dad was in the company. He was the CFO, so I grew up in Air Greenland company housing, and most of my parents’ friends worked for the company. A lot of them were pilots, of course, so this was my childhood environment. You could say I was an Air Greenland kid. It was only natural that I would want to become a pilot myself.”

Shortly after beginning his flying career, however, Jacob found himself thinking of new challenges. The achievement of his childhood ambitions left him still seeking more, and thoughts soon turned to ways to improve, change, and develop the company which had dominated his life. Within six years, he assumed the role of chief pilot, then a string of promotions followed from training manager to director of flight operations before assuming his current post in February 2018. It was in these managerial positions that Jacob was able to formulate his own vision.

“It’s a truly fascinating set-up when you understand it,” he says. “We have probably the most complicated Air Operator’s Certificate (AOC) in Europe. Our operation spans such a wide range, from single-engine helicopters to wide body aircraft and everything in between. That creates a complex challenge for anybody looking to develop the business. So the opportunity to be CEO really excited me because it was a chance not only to influence the operational side but also the commercial side.”

When Jacob assumed his present role, Air Greenland was owned jointly by the Danish government, the Greenland government, and the Scandinavian Airlines Group. With three different owners, all with their own strategic priorities, it would be difficult for the company to evolve. Following a year-long process of due diligence, a change of ownership was enacted in May 2019, under which the Greenland government assumed sole control.

This was a very important moment, a turning point for the company.

With the push-pull of multiple owners behind him, the CEO was able to begin what he saw as the necessary transformation of Air Greenland. The refinancing allowed fleet upgrades, and the implementation of new work practices quickly ensued. The company implemented the ‘lean’ system made famous by Toyota, geared towards reducing waste and improving value for the customer. Meanwhile, beginning with the helicopter stock, all company aircraft were changed for newer, more modern models. Of course, this process, by nature an expensive one, was soon being undertaken against a backdrop of global coronavirus disruption. Less than a year after the company ownership situation was simplified, national lockdowns were implemented across the world, affecting supply chains and the airline’s own trade.

In March 2020, when Greenland’s first COVID cases were identified, Prime Minister Kim Kielsen issued an immediate statement. Alongside the prohibition of public gatherings, non-essential international flights and all domestic flights were ‘strongly advised against.’

“Of course, it was very difficult,” Jacob says. “It was a shock, and it seemed to come out of nowhere. We were looking at 2020 as being the company’s best year ever, but obviously from one day to the next, that changed completely. Having said that, it is perhaps different for us in some ways, compared to other aviation companies. We are a key infrastructure player here in Greenland, and I think actually what COVID did was emphasise how important Air Greenland is to this society. That really showed me how big of a responsibility we have as a company to the Greenlandic people.”

The company made an agreement with the government to keep an emergency schedule in place. Even if this sometimes meant running empty flights, at a loss, it was important to maintain a skeleton service. In this way, patients, doctors, nurses, COVID tests, and medicines could still be moved around from one part of Greenland to another when necessary. This strong partnership with the government demonstrated the absolute necessity of a minimum level of air transport in Greenland. Essentially, with no air travel at all, the country ceases to function as a modern, interrelated economy and becomes a spread of disconnected settlements.

Despite the company’s position of significance in its home nation, like the rest of the aviation industry, it still had to contend with a major economic downturn. Jacob sighs when he remembers it.

“We had to lay a lot of people off,” he says. “It was sad. Air Greenland had never had to do anything like that before. We said goodbye to some incredibly good colleagues, but we had to do it. The way we approached it was to treat it as a long-term situation from the beginning. From April 2020, we always talked about the pandemic as being something that was here to stay. So we downsized to the minimum level in the knowledge that we could always build up again in future when circumstances allow.”

The steps taken at that stage meant that at no point during the pandemic has Air Greenland failed to return a profit. Figures dropped in 2020 by sixty-five percent on the previous year but still stood at EUR 4.1m by the 31st of December, a show of impressive resilience while passenger airlines around the world dropped like flies.

As the world emerges from the pandemic’s impacts, thoughts naturally turn to the future, and Air Greenland appears well-positioned to continue to build on the progress made during Jacob’s tenure as CEO. The national government has invested heavily in airport development, particularly in Nuuk, and the company intends to take full advantage of the opportunities this will offer. Greenland’s only previous international destination was Copenhagen, something Jacob is eager to change.

Our future lies in expanding tourism

“We are looking at expanding our fleet to accommodate direct flights to and from the USA and European destinations. Geographically, we are in a sweet spot, between the Arctic and Atlantic oceans, just east of the Canadian Arctic Archipelago. You know, we are four hours from Europe and four hours from the Eastern US, which is a perfect location. That’s where I see the growth potential for the company.”

He is also very much aware of the untapped potential of his homeland. “People don’t want just to ride on beautiful aircraft; they want to come to Greenland to have breath-taking experiences. So we are also investing a lot of money in lodges, hotels, and so on, what we call ‘reasons to go.’ It can be magical here. Greenland should be a place that can compete with any arctic destination. So that is our goal.”