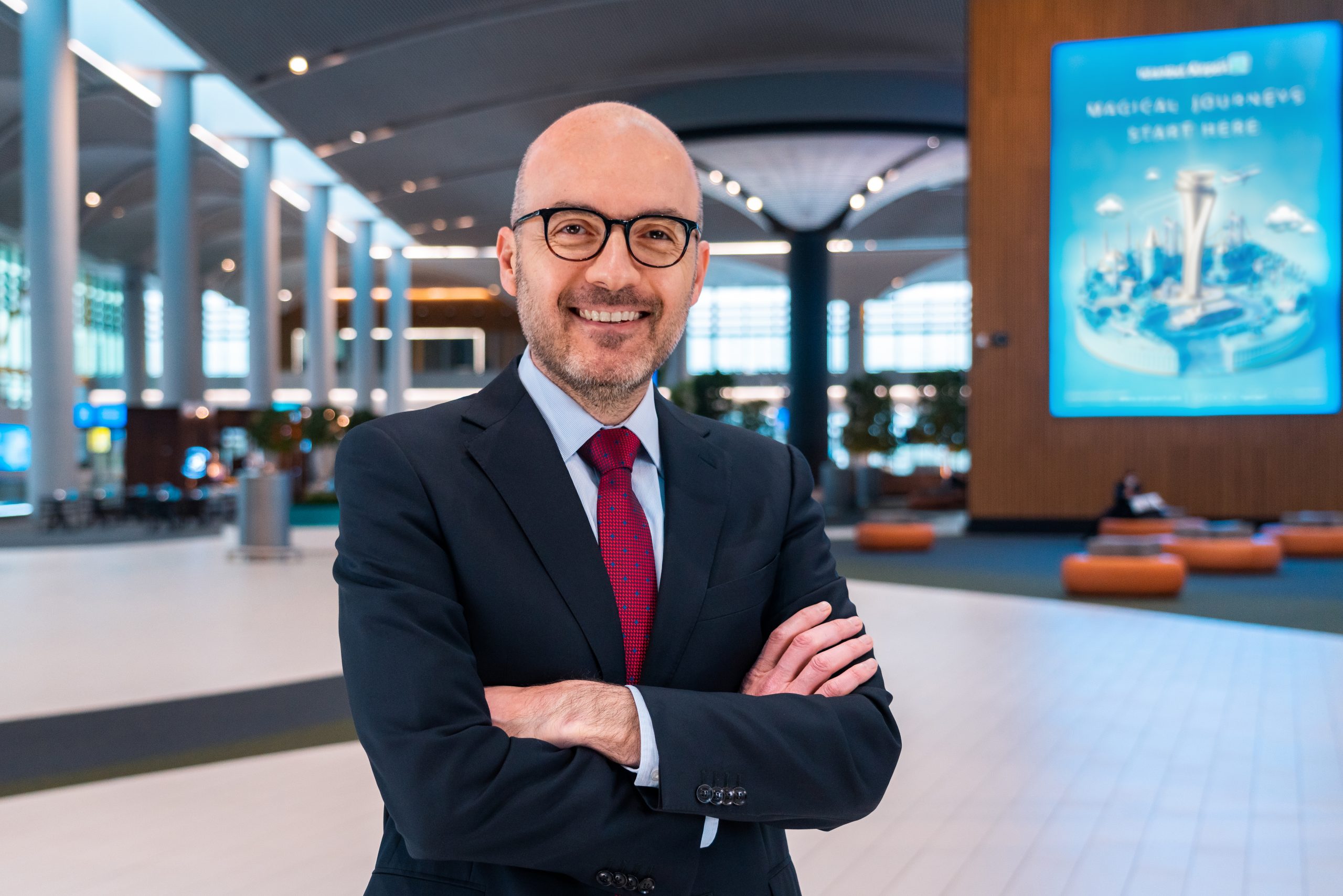 The coronavirus pandemic has impacted all business sectors to some degree – but it has wreaked total havoc in some. Aviation has been one of the hardest hit. Kadri Samsunlu, CEO of iGA Istanbul Airport, talks about the light at the end of the tunnel.

The aviation industry has been devastated by COVID-19. Repeated lockdowns and loss of consumer confidence have seen revenues plummet. Passenger numbers in 2020 were less than half those in 2019, while the Air Industry Transport Action Group suggested as many as 4.8 million aviation jobs would be lost by the end of 2021, representing a 43% drop on pre-COVID levels. Commercial airlines’ passenger revenue has tanked from a global total of $581 billion pre-pandemic to just $189 billion since the pandemic began. Airports, of course, have been similarly ravaged, reporting revenue losses amounting to $124.8 billion in 2020, with a further $94 billion hit estimated for 2021.

It is against this daunting backdrop that the newly-built iGA Istanbul Airport started its operational life. Opened on 29 October 2018, following a three-year building programme, iGA assumed the role of Istanbul’s premier air hub in April 2019. Space limitations at the pre-existing Istanbul Atatürk Airport, one of the busiest airports in Europe, had prevented the construction of an additional runway. As a result, it was decided to build a new site of greater capacity, north of central Istanbul and between the Black Sea coast towns of Yeniköy, Tayakadin, and Akpnar. Therefore, iGA was born.

CEO Kadri Samsunlu came from an executive background in finance and investment to take up the reins at iGA in September 2017. His first focus was overseeing the airport’s remaining building programme. Once completed, he was then tasked with leading iGA into its initial period of trading. Of course, along with the rest of the world, Kadri had no idea of the chaos waiting just around the corner.

“The opportunity was immense,” he explains. “I had achieved success in my previous roles and was asking myself which challenge I should take for the coming years. This offer came at just the right moment, and it excited me.

I knew it would be a very demanding role, but I also saw it as an honour to lead on something like that, which would contribute to the local and national economy.

Excited also by the chance to build up a new company virtually from scratch, Kadri began his role with only 100 employees. Four and a half years later, he finds himself running a company of 7,000 people, which swells to more than 10,000 when catering and cleaning sub-contractors are accounted for, an indicator of the sheer scale of his role.

“Imagine the challenges and the prospects of a job like that,” he says, proudly. “The challenge for me to apply my knowledge and experience to this, to try to pay back what I had taken from my country in terms of education and opportunity, was extremely attractive to me.”

iGA made a successful start, as might be expected. Between opening fully on 6 April 2019, and 31 March 2020, the new airport served 64 million passengers, travelling to over 300 destinations, using 74 airlines across its four runways. However, that 11-month upward trajectory was abruptly halted by the advent of the pandemic. The implementation of national lockdowns around the world put a stranglehold on the business of aviation. Air travel stopped almost totally for a time and has since resumed in fits and starts. Even now, the industry is running at a fraction of what it once was.

“What we are going through is an unprecedented shock for the industry,” Kadri explains. “I mean you look around and some sectors are actually doing better because of the pandemic, but, of course, not ours. Aviation in the past has been resilient and recovered quickly from shocks like 9/11 or other disasters. But this is something completely new.”

Despite its initial strength, iGA was therefore faced with an external, long-term, circumstantial problem over which it had no control. While the airport’s domestic and international passenger numbers in 2019 totalled 53 million, the sharp drop off after March 2020 meant that year’s total fell by more than 50% to 23 million. With the pandemic continually evolving and the Omicron variant spreading fast, trade was still being affected in early 2022. Many airlines run far fewer flights than before, while attempts to rebuild shaky passenger confidence are impeded by stringent and expensive COVID-19 testing regimes.

“Even now, so long after the start of the Covid-19 pandemic, in a best-case scenario we are running at fifty percent,” Kadri explains. “That is making the future outlook a bit bleak, frankly speaking. So, this has become a very important period, for me, for iGA and the whole sector. We need to manage the business very carefully in the coming years, until we are able to recover.”

Not only has COVI-19 affected immediate day-to-day operations within aviation but it has also massively impacted the sector’s growth potential. Before the pandemic struck, projected growth stood at 5.3% per annum. Now the most optimistic projections stand at 4%, with many running much lower than that.

“Of course, this means all our business plans have had to be re-thought,” Kadri says. “And the return to the investors is going to be much less. That’s just the way it is. For all of these reasons we have changed our outlook and we now regard the period from 2021 to 2026 simply as a recovery period.

Realistically, when the recovery is completed, we will find ourselves back at the 2019 level. So, for now we must consolidate as well as we can and then look forward from there.”

Incredibly, despite fate conspiring so cruelly against iGA’s launch, its beleaguered CEO still finds grounds for optimism. Long term projections suggest that while business travel may never return to pre-Covid levels, due to shifts in behaviour, digitisation and remote working practices, leisure travel should, in time, regain momentum.

“I’m still optimistic that over the coming decade, the industry will recover,” Kadri states, “and by the end of that time we will be back on track. We are working very closely with our main airline partner, Turkish Airlines, to provide a winning combination to customers. If they have a superior experience on board the plane, and on the ground at our airport, it will provide the fuel for our recovery.”

Technology will play a large part in this process. 5G and artificial intelligence are being used to create greater cost efficiencies in maintenance and asset management. Meanwhile touchless technologies such as facial recognition not only create a smoother passenger experience but are an important means to reduce contagion. iGA has continued to invest heavily in these improvements throughout the pandemic and will continue to do so.

“We are working very hard, with the end goal of producing a completely contactless journey through the terminal, because ultimately, we have to learn to live with COVID. It’s not going to go away, so everything we are doing is about this. We must embed measures into our operations which provide total confidence and comfort to the passengers. This is the future,” Kadri says, “and in aviation, especially at iGA, we are very much focused on the future.”