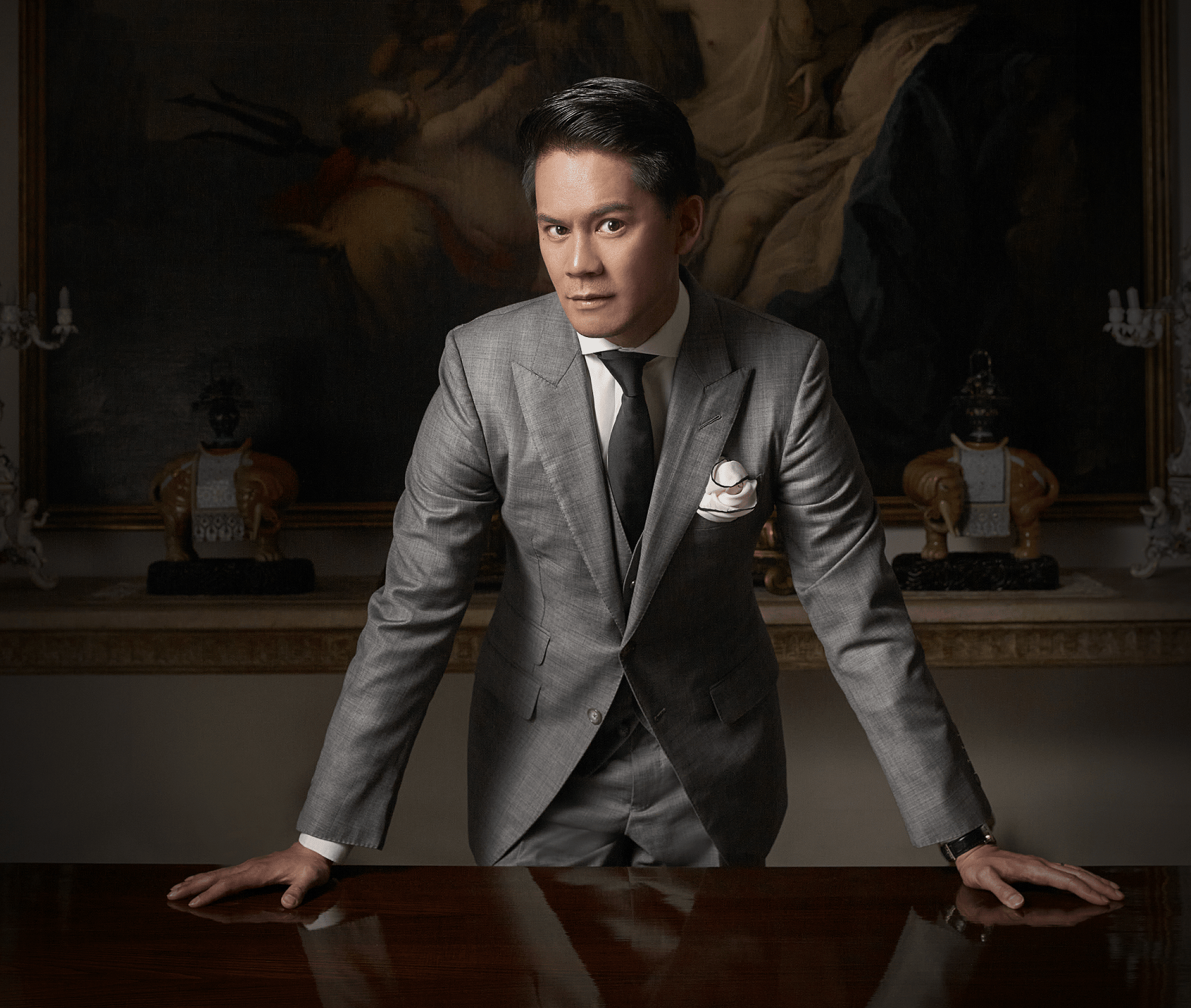 With its striking buildings featuring innovative architecture and sumptuous features, luxury property development company Raimon Land has established a grand reputation. We caught up with 42-year-old CEO Korn Narongdej to talk about the past, present, and future of construction.

Since being established in 1987, Bangkok-based Raimon Land has been involved in more than twenty prestige real estate projects, with a total market value greater than $2.2bn. Named Thailand Property Development Company of the Year in 2019, it continues to blaze a modern and opulent trail through some of Thailand’s most desirable districts. With control recently assumed by two brothers, Korn and Kris Narongdej (Kris as chairman of the Board of Directors and Korn as CEO), Raimon Land is now considered a genuine Asian powerhouse.

With a master’s degree from the London School of Economics and an early career in banking before playing a role in his parents’ automotive, manufacturing, investments, property, and entertainment empire, KPN Group, Korn Narongdej became a majority shareholder of Raimon Land in 2018, assuming the role of CEO in January 2021.

“One of my passions has always been property,” he explains. “I always liked the idea of buying a condominium or something similar and renovating it, you know. I love design, I love aesthetics, and I love functionality, so for me, it made sense to move into this field.”

The possibilities were immediately apparent, as upon taking up his new position, Raimon Land was already working on the One City Centre project, an elite development in the Bangkok Central Business District in partnership with Japanese real estate developer Mitsubishi Estate. The sixty-one storey, 264m skyscraper built for office and business use was designed by architectural consulting firm Skidmore, Owings and Merrill, whose previous work includes Chicago’s Sears Tower and the Burj Khalifa in Dubai. With its sleek, glassy, spiralling tower and in-built atriums and green spaces alongside smart technology such as facial recognition, huge publicity has focussed on the development, widely considered to be one of Thailand’s most notable constructions.

“Because of projects like this,” Korn says, “We kind of fell in love with this company. It’s so exciting to me to be involved in these kinds of projects.”

Upon taking over the business, one of Korn’s first actions was a company-wide rebranding. Despite Raimon Land’s track record of success in its field, the new CEO felt it was important to face the future with a fresh image. At the heart of this were demographic issues. Korn perceived that unlike in decades gone by, the luxury property market is no longer the preserve of older generations.

“We changed the logo and the image because Raimon Land has been known for a very long time as a luxury property developer, but the brand had aged a little bit,” Korn says. “A lot of our newer business is coming from a younger generation of clients, so we felt it was especially important to connect with them visually, and in terms of our corporate information, in all ways.”

There are a lot of career-oriented and successful people in their 20s and 30s who have the spending power to be potential customers, so we wanted to make Raimon Land younger and sexier.

From there, the mission was to embark on a publicity programme intended to educate people about the company’s new outlook. This was aimed both at legacy customers who had worked with Raimon Land before and new potential clients. While all this was going on, of course, the Narongdej brothers were forced to cope with the onset of COVID-19 and all the economic and social restrictions it brought in its wake. Thailand was relatively stable during 2020 but suffered a severe outbreak of coronavirus in the first part of 2021, just as Kris and Korn took over the management of the company. This made larger events impossible, and other approaches were needed. Like everybody else, Raimon Land had to adapt to the new environment. Marketing spend is focused on the online sphere, while employees were briefed to understand the changes taking place.

“There were two processes happening at once,” the CEO explains. “We had to adapt to COVID, but also the team had to adapt to the new vision of the company. It was vital that everybody understood how important they are. The way we see it is that everyone in the company is representing the brand. We needed to make sure everyone was pulling in the same direction.”

At the present time, the company has three major upcoming luxury branded residential projects: one in Bangkok, one on the island of Phuket, in partnership with Rosewood Hotels & Resorts®, and another in the Pattaya area. At the heart of all of these projects lies the fresh vision imparted by the Narongdej brothers, an acknowledgement that a home is no longer simply a place to live. Every angle of potential development is considered: how it could be used for entertaining, for example, or how functional it is. Not content to rest on their laurels, the brothers are also actively seeking other projects and currently considering multiple possibilities.

“We want to establish Raimon Land as a platform,” Korn says. “As a brand that if anybody around the world is looking for an elite real estate partner in Thailand, they automatically think of Raimon Land.”

These new projects will all be undertaken within a sharpened focus on efficiency and an increasingly people-oriented approach. Korn places great emphasis on team-building and involvement, aimed at enhancing the company’s corporate identity. The company will also be modernising many of its systems, as the post-pandemic world is one in which increased digitisation is an essential consideration in all sectors.

“For example,” Korn explains with a laugh, “a few months ago, we sold a unit to a German buyer who had never been to Thailand. So everything in that transaction was conducted via Zoom. You know this is a big change compared to a few years ago. People just didn’t use to do business like that. It was a successful transaction, too, worth over EUR 1m, but the whole way it happened was new.”

With new approaches implemented, the future looks bright for Raimon Land and its assured, personable, and young CEO. Korn gives the impression of a man born to be the public face of a company. Well-presented and photogenic, he is something of a minor celebrity in his homeland, where even his personal life makes headlines. More than just a pretty face, however, he has a passionate view of his company’s positioning.

“We understand luxury,” he says. “It’s been in the DNA of this company from the beginning. Luxury is not just about the beauty of the product, of the construction, it’s also about function and lifestyle. At Raimon Land, we understand all of that very well. We always have. So we take that understanding and apply extensive research to satisfy the needs of our customers.”

Luxury should engulf all the senses.