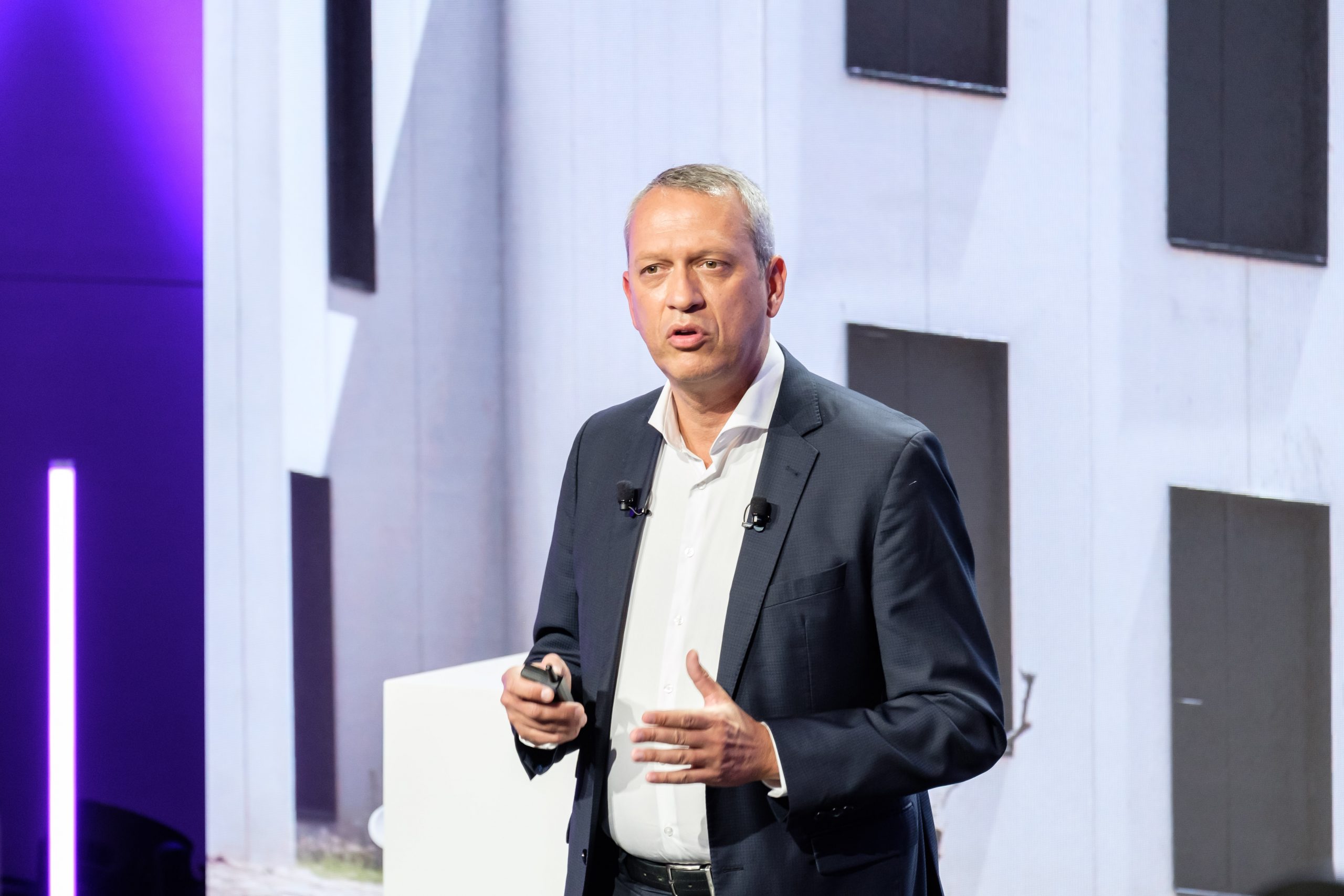 With a history longer than that of the French Republic itself, Paris-based manufacturing group Saint-Gobain is a mainstay of global industry, enjoying a favourable momentum. It is well positioned on high-growth construction markets worldwide and has an ambition to be the worldwide leader in light and sustainable construction – this is reflected in its purpose: “Making the World a Better Home.” We caught up with Thierry Fournier, the company’s tri-regional CEO, to discuss the ins and outs of continuing such a long corporate success story.

During the 1660s, mirrors – still a relatively new invention – became extremely sought after by European gentry. Italian cabinets and various forms of tables adorned with this luxurious product were considered the epitome of Restoration period interior design. However, they were scarce. The Republic of Venice held a virtual monopoly on glass and mirror manufacturing, making such products difficult to procure and exorbitantly expensive.

King of France Louis XIV sought to solve this problem and in October 1665 signed a royal decree which brought the Royal Mirror Glass Factory into operation. Initially intended to be a 20-year operation focused on the production of luxury mirrored products for the domestic French market, the company endured, underwent several transformations, and eventually diversified.

By the 19th century, Saint-Gobain, as the company became known, was an independent entity and no longer state-controlled. Meanwhile, industrialisation and modern architectural trends created demand for different sorts of glass products. The company responded and branched out, making glass panes for skylights and roofs for covered walkways and greenhouses. Among many prestigious projects of the era, Saint-Gobain was heavily involved in the construction of the Crystal Palace in London in 1851, described by Queen Victoria as a “wonder of the world.”

Today, Saint-Gobain is present in 72 countries and employs more than 167,000 people. Glass production is still a feature of its output but its repertoire has expanded to include, plasterboards, construction chemicals, ceramics, plastics, abrasives, and a variety of other materials for construction and industry, brought to market through multiple brands across construction and industrial sectors, as well as building materials trading activities.

Senior Vice President of Saint-Gobain and CEO of Southern Europe, the Middle East, and Africa regions Thierry Fournier joined the company in 2005. Coming from an engineering background, he joined the company as the fulfilment of a youthful ambition.

“When I was a student at Paris’ École Polytechnique, we had a session called ‘meet the CEO’ and one of the speakers was Jean-Louis Beffa, the CEO of Saint-Gobain at that time. He was so charismatic as he spoke about the company. I was 21 years old and I said to myself, ‘I want to work for this guy!” Thierry explains. Following the completion of his studies he spent nine years working in civil engineering for the French government until he felt his CV was strong enough to apply for his dream job. He sent off a speculative application and after a period of waiting was rewarded with a job offer.

“It was a long process to prepare myself for this,” Thierry admits. “The plan took around 10 years to come good.”

Starting as head of strategy, internal control, purchasing, and information technology, he brought proven industry experience with him into the role, and kicked things off strongly as a result.

“I felt I had to prove that the company had made the right choice, so I worked very hard, without counting my time.”

After a year and a half in Paris, he was sent to Russia as MD of Saint-Gobain’s insulation business there. He was promoted year on year afterwards, with more brands added to his portfolio until he was put in charge of the company’s entire South American operations in 2014. It is a role he speaks of with great pride: “In Latin America we did a tremendous job. We changed dramatically the culture and way of doing business, reorganising, and unleashing the creativity of the team. We empowered our employees to become an unbelievably strong, fast, agile outfit. I think of it not as an evolution but a revolution.”

Results were self-evident and under Thierry’s stewardship Saint-Gobain outperformed all of its market targets in Latin America. “This is probably by biggest achievement,” he says. Since 2018, the entire Saint-Gobain company underwent a revolution of its own. Thierry describes a global empowerment of local teams, enabling them to react to local markets and trends quickly and intuitively. This process, he believes, was a big factor in the company’s ability to continue to thrive in the face of the coronavirus pandemic.

“It is very difficult, of course,” he says, discussing intermittent periods of lockdown since 2020, “One day you may be able to go into the office, another you may not. Maybe, suddenly some of your co-workers are missing. But our teams were so agile and so quick to make decisions, so the company was able to react. This was very, very important.”

Through this approach, Saint-Gobain has been able to mitigate many of the worst economic effects of COVID.

“First and foremost, we thought of safety, the safety of our employees and customers is our top priority. So, sanitary precautions became a major point of action. But actually, beyond that, we have been able to leverage this crisis very well. These things are always a matter of perspective. To me, a crisis is always an opportunity.”

Thierry’s background working in countries with emerging economies gave him plenty of experience of crisis. He has become used to thinking outside the box to move forward: “A crisis also provides ways to grow, to capture market share, to innovate, to make the difference.”

In late 2021, Saint-Gobain opened up a new chapter of his history, by unveiling a new strategic plan, “Grow & Impact”.

“It is about integrating a profitable growth model and the imperative of an ecologically responsible and socially committed development,” Thierry Fournier says.

The tailwinds are favorable for the company, and the construction and industry sectors are in the spotlight: fast, light and resource-efficient construction to tackle the global challenges of climate change, resource preservation and rapid urbanization. These challenges offer huge opportunities for Saint-Gobain, investing the company with both power and responsibility.

Sustainability has become a crucial factor in all forms of industry; for any company involved in manufacturing, it may be complex to address. In the world of construction, the need for eco-friendly materials and methods is not only desired, but now legislated for, in many countries. It provides for the company a lot of growth opportunities.

“The world is facing three linked challenges,” he says. “The climate crisis and the need to de-carbonise our economies is one. The second is the need to preserve our natural resources, but we also have a third challenge, which is that as demographic growth continues, everyone is entitled to shelter and a good place to live. These three, when combined, are actually fantastic opportunities for Saint-Gobain to achieve our goals.”

The company has set ambitious targets for reducing his own carbon dioxide emissions. This will result in net zero in all its operations by 2050, while committing to a twin global aim of zero landfill waste. Saint-Gobain is also actively researching and developing solutions that are all aimed at energy efficiency and sustainability, while improving quality of life as well as customers’ performance.

"These challenges are driving us on. We always strive for excellence in everything we do. That is in the Saint-Gobain DNA. Right now, and for the future, we aim to become the world leader in light and sustainable construction.”