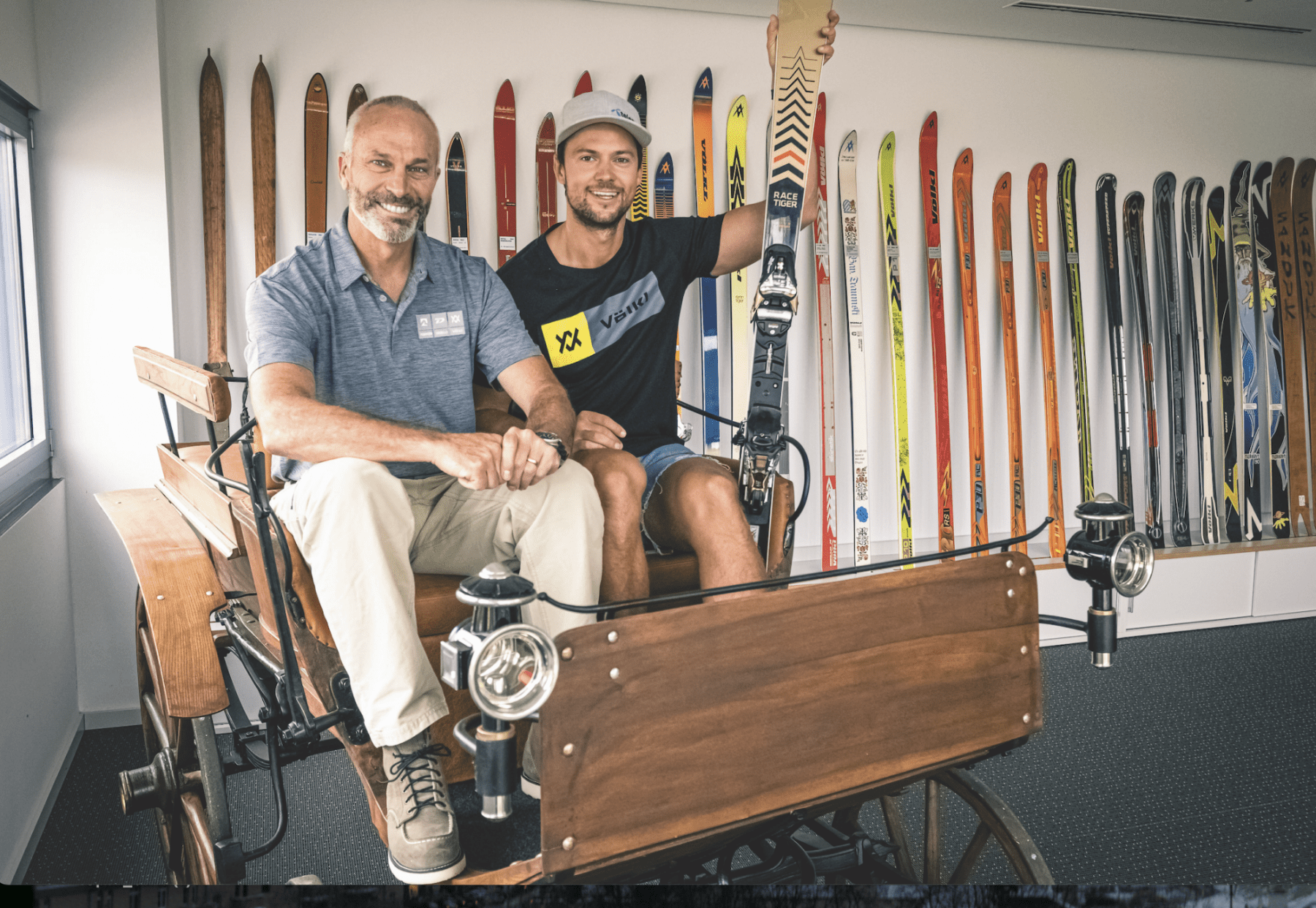 MDV Sports combines three of Europe’s leading winter sports brands under one umbrella. As a result, Italy’s Dalbello along with Völkl and Marker from Germany, former complimentary competitors, now take products to market with co-ordinated strategies. Milestone caught up with company president Jonathan Wiant to discuss the advantages of this approach.

The three parts of the collective which form leading European winter sport supplier MDV Sports all boast separate histories and traditions. Ski equipment giant Völkl, based in Straubing, was founded in 1923 and is nowadays the largest and arguably best-known major manufacturer of ski equipment in Germany. Marker, operating from nearby Penzberg, is slightly younger, having been established in 1952. They are renowned for developing quick release toe bindings used to prevent injury in the event of a fall, a major milestone in the development of modern ski equipment. The “Duplex” and “Simplex” systems they developed have achieved iconic status within the sport as a result. Meanwhile, Dalbello, based near the Dolomite mountains of Italy, has built a global reputation for ski boot expertise since 1974.

The union of these reputable snow sport entities under one banner has created a formidable alliance, as explained by President of MDV Sports Jonathan Wiant, who joined the group in 2001.

“We have three historic, iconic brands working together,” he says. “That’s something a little bit special, in any field.”

Jonathan came to Germany from a sporting goods background in his native America and remarkably had limited prior commercial experience of winter sports culture or equipment. Other than a short stint in sporting retail while at university, most of his previous work had focused on cycling. Nonetheless, he settled in quickly, enjoying both the way of life and business environment of Europe. Starting out as a product and marketing manager, Jonathan steadily worked his way up the corporate ladder over two decades.

We have three historic, iconic brands working together

“My wife and I came to Europe originally with a two to four-year plan, but we love living here and I love my work, so we have been here ever since. I’m quite unusual in that I’m a senior executive who rose to his position by being promoted from within. Also, I’m currently the only American located at the headquarter, actually.”

Jonathan’s background gave him a particular perspective on his new role but as a starting point, he saw the need to reconcile some differences. European and American sports goods markets do not function in quite the same way. Some trends are shared, some aren’t and not everything can necessarily be translated in a straightforward manner. There were subtle differences in consumer profiles, for example, which had to be considered. However, Jonathan was able to draw on his background to adapt.

“My work with international bike brands in the States helped me have a more global outlook,” he says. “And I think this fed into my work at Marker, Völkl, and Dalbello straight away.”

Importantly, Jonathan understood immediately that he needed to respect the heritage of the brand. Völkl was already 80 years old when he joined and fully enmeshed in the South German Alpine identity. However, he also saw, perhaps with a transatlantic viewpoint, that there was work to do to retain Völkl’s relevance. The ski scene was evolving, fast.

The period around the turn of the millennium was a key time in the fragmentation of recreational skiing into the multi-faceted sport it is today. Influenced by the snowboarding revolution of the nineties, trick-based, freestyle skiing was rapidly becoming as popular as its long-established downhill sibling. As free skiing grew, it posed research and development challenges. The equipment needed for jumping off banked snow or shredding a halfpipe is not necessarily the same as that required for genteel piste riding or racing. Not only that, but the demographics of freestyle skiers differed to those of traditional downhill devotees. They were younger, sassier, and their equipment, clothing, and accessory choices reflected this. If Völkl was to sustain its story as a leading brand, it needed to stay on top of these industry trends and find new mays of making the brand younger while still maintaining the trust from more traditional skier consumers.

By 2000, when Völkl fused with Marker, Jonathan had become sales director for the latter and in 2006 for Völkl as well. Seeing the opportunity in this ski culture shift, the fledgling Völkl-Marker group established a new platform with bindings aimed primarily at the free-ski market. Millions of euros were spent in developing this product range, which proved both visionary and profitable.

“This was a significant milestone for the company,” Jonathan explains. “We opened up a completely new category and it was a revolutionary, game-changing one.”

A promotion to MD followed soon after and in 2015, the company assimilated boot specialist Dalbello and MDV Sports took its current

form. With this final piece of the triumvirate in place, Jonathan ascended to his existing role as company president. He sees his role more as an enabler than a doer. He cites delegation as one of his key skills and believes it is important to allow team members to take responsibility for their own work.

“I have an open-door policy,” the president says. “But I love to empower people.”

This upskilling outlook has contributed to MDV holding an extraordinarily strong position as it heads towards 2022, and further growth is anticipated. Step by step, the company plans to increase the performance and innovation level of its products, with a particular focus on the newest arm of the company, Dalbello ski boots. As MDV seeks out further winter sports niches to exploit it expects market share within this sector to increase substantially over the next three to five years.

However, the biggest focus for near-future growth will perhaps lie in the sustainable market. With the impacts of global warming keenly felt among all winter sports devotees, as glaciers retreat and winters shorten, there is a powerful market imperative toward environmentalism.

“We have already taken aspects of ecological principles in our product development, our production and our manufacturing. Of course, we are located in probably the most regulated country in the world, in terms of ecological issues, so this gives us a head start. But we are going to really leverage this in the coming years.”

Jonathan is also eager to accelerate MDV’s digital mobility. He envisions a future of connected consumers accessing company content through handheld devices, wherever they may be. As snow sports is a world fully entwined with the social media revolution, this focus seems prudent, to say the least.

“We have several initiatives which will strengthen our service portfolio both with consumers and with retail,” he says.

Such optimism and buoyancy are perhaps only to be expected. MDV is a company trading on decades of success, led publicly by a man who left one continent behind, to go on to lead his field in another. The American Dream appears alive and well in Germany.

“Hey, I’ve been lucky, I guess,” Jonathan laughs, with admirable humility. “I’ve had great people around me and I’m so fortunate to work with such renowned brands. It’s an honour, really.”