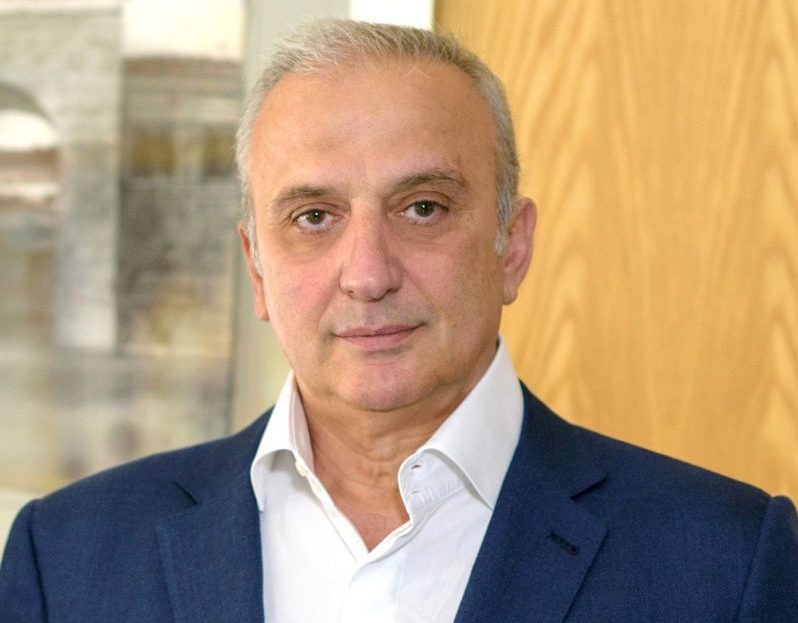 Headquartered in the city of Trikala in central Greece, Hellenic Dairies has established a clear reputation as a leader in its sector. We caught up with father and son Michalis and Stelios Sarantis, CEO and CCO respectively, to chat about regional roots and international ambitions.

With a 37-year history and a string of awards to its name, Greek dairy producer Hellenic Dairies is well established in its field. A family business founded by brothers Michalis and Dimitris in 1985, the next generation of the Sarantis family in the form of Michalis’ son Stelios became involved at an executive level eight years ago.

“Because this is a family company,” Stelios explains, “it is something that has been a part of my life since childhood. Even as a kid, I was coming to the factory and watching what was happening, so I began learning about the business from a very young age. My father spoke to me about the company’s beginnings, and I knew that to start with, he and his brother handled everything. There was not one aspect of the company’s operations in which they weren’t involved. Most importantly, from the outset, they focused absolutely on quality. They wanted their products to stand out from the crowd.”

Up for the challenge

This meant that when Stelios took up his position at the company after graduating from the National Technical University of Athens in 2014, he was well positioned to take a strategic view. He was very aware of Hellenic Dairies’ reputation for quality and excellence and the company’s proud sense of tradition. He also brought a modern, forward-thinking outlook, which influenced his approach to the role.

“At that time, I felt that all the branded business we did in Greece could play a big role in Southeast Europe. There was scope for us to expand. I believed that particularly in the Balkan region, there was an opportunity for us to become the biggest dairy company there.”

The commitment to quality and attention to detail baked into Hellenic Dairies’ DNA stood them in good stead. In comparison to other dairy producers in that region of Europe, the company’s sites in Greece boasted state-of-the-art facilities. Stelios knew that this was something that could be used to their advantage.

“We invest a lot of money in our facilities every year,”

“to ensure that our products are the very highest quality possible. This has been how Hellenic Dairies has operated since my father established the company. So this is our USP and what sets us apart from our competitors.”

With that in hand, prospects look extremely positive. The company intends to fulfill its ambition to become the top dairy producer in the Balkans within the next three years. This will be achieved via investment, acquisition and the development of new facilities throughout the region.

Further expansion plans run alongside that headline objective, enabled by three standout products: feta cheese, Greek yoghurt and halloumi, a traditional Cypriot cheese made from a mixture of goat’s and sheep’s milk. In order to facilitate this, a new factory is being constructed in Cyprus, in which authentic halloumi, using local ingredients, will be produced.

“We recognise, of course, that there are some challenges to achieving this,” Michalis states. “The current conditions are a little unfavourable because of the effects of the coronavirus pandemic and the general economic state of the world right now. But nonetheless, this is our target, and we keep investing in new countries and new products.”

"In that sense, our biggest challenge is not to fear. We do not want to limit ourselves because the cost of everything—logistics, packaging, raw materials etc.—is going up."

“We believe that the circle of the economy will come around, and it is important we maintain momentum in the meantime.”

A large part of Hellenic Dairies’ expansion plans revolves around the development of its workforce. A programme has been implemented in recent months, part of which provides a 15-20 percent salary increase for employees. The idea behind this is to assist the company’s personnel to navigate the current economic turbulence as comfortably as possible.

“This is very important,” Stelios explains. “Our people are the most important thing for us. They are the biggest factor in our success, and we recognise that.”

In addition to a focus on people, the near future also necessitates a focus on sustainability. As with all manufacturers, in all sectors, Hellenic Dairies as an organisation has recognised the need to stay ahead of the curve regarding environmental concerns. In a business which positions itself between the agricultural sector and the consumer, this is doubly important.

“We started a big effort in order to reduce our Co2 emissions from our factories,” Stelios says. “We have also invested a lot of money in ‘greener’ equipment for our sites to assist with this.”

Alongside that, Hellenic Dairies has invested in waste reduction, so that all waste from the company’s production sites is now converted into biogas, a 100 percent green fuel. This fuel is then used to power the factories, creating a sustainable feedback loop. Plastic in the company’s packaging has been reduced drastically too, using 800 tonnes less between 2020 and 2021.

“We believe that our strategy for the environment is very advanced for a dairy producer,” Stelios reflects. “Not only will it help us keep pace with demands for ever more sustainable practices, but it also helps us to be more efficient, so it works on every level.”

This modern outlook acts as a complement to the company’s established principles. Like any longstanding, successful business, Hellenic Dairies would not have reached the position it has without stable and productive relationships with a number of supply chain partners.

“Clearly our biggest suppliers are the farmers,” Michalis explains. “We have a very reciprocal relationship with them, which is very important. In recent years, everybody has been experiencing difficulties, and we do not take the attitude of just looking after ourselves. For some of our suppliers, we have recently paid for animal feed, for example. We also pay an agreed price for the milk every month. We do not try to drive prices down when things get hard. Because of this, we have excellent relationships and will continue to do so.”

Above all, as the company looks forward to an exciting future, the father and son leadership team wants to stress the unity of their shared vision. It is a melding of tradition and innovation, of history with modernity.

“The Greek dairy factory is now ready to operate in all markets,” Michalis states. “Not only European, but worldwide. The raw materials here in Greece are of high quality, without pollution. We are talking about high-quality, traditional, premium food which has global potential. That is what we believe and what we strive for.”