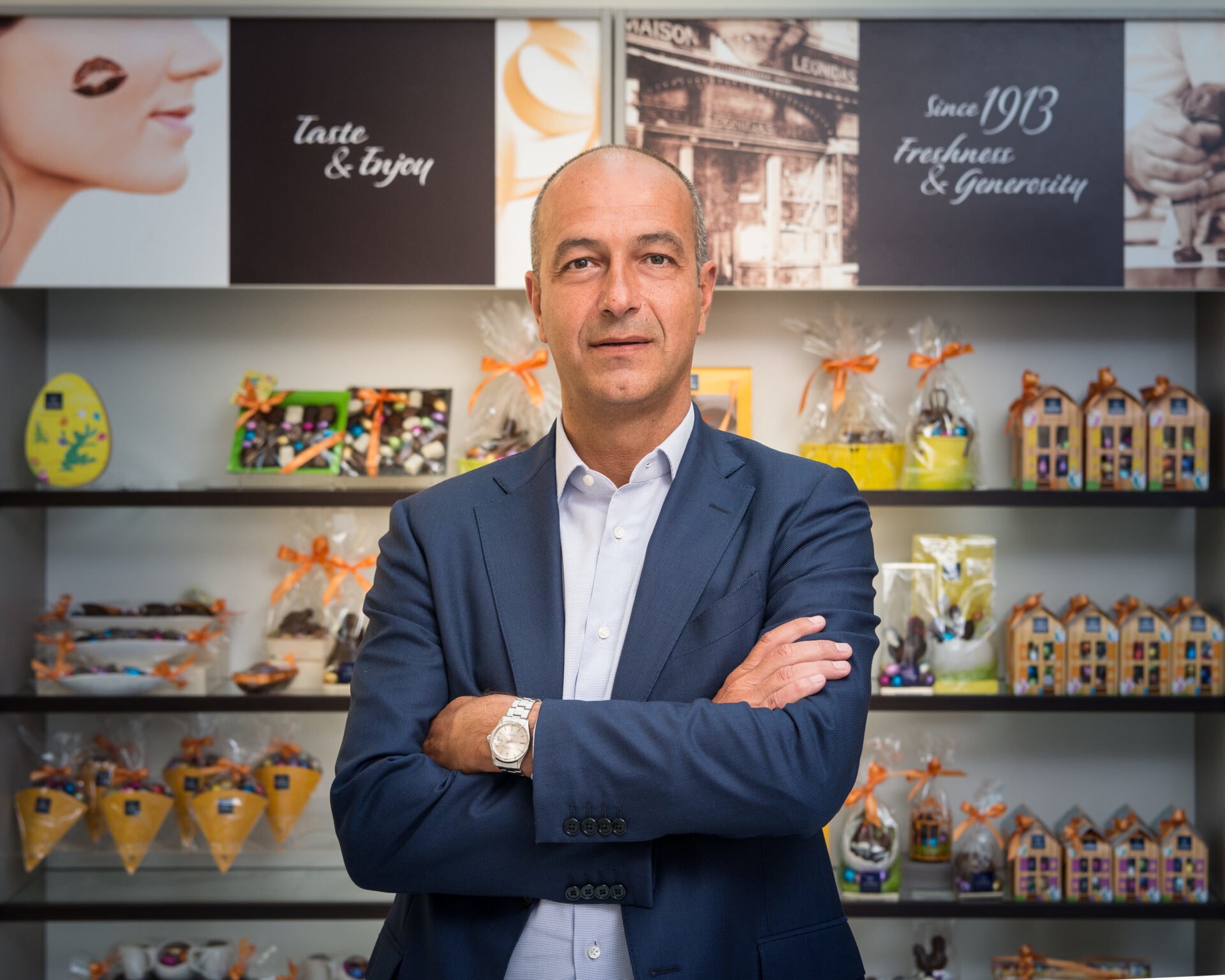 Having spent his career working for some of the highest profile companies in the world, Philippe de Selliers took the role as CEO of the renowned Leonidas confectionary company. After two years at the helm and with business booming, Philippe has quickly acquired the taste for success.

Having just celebrated his second anniversary at Leonidas, Philippe de Selliers is in good spirits and has every reason to be. Since his arrival, net sales have increased by 15%, and there has been a 75% increase in EBITA (earnings before interest, taxes, and amortization). However, Philippe’s move to Leonidas was not just about increasing profits. He joined the company because he wanted to make a difference in people’s lives and, as the company motto states, ‘Create moments of happiness for all.’

Philippe boasts an impressive working background. Beginning his career as a sales representative, he spent six years at Mars before joining Coca-Cola where, in a 16-year career, he ended up as Vice President of Field Sales & Logistics for Belgium and Luxembourg. He then moved to the family-owned Van Marcke company, becoming COO of this specialist wholesaler. But Philippe found it hard to properly settle into his role there, as he explained.

“I quickly realised that success in my role as a CEO is closely linked with a real passion for the products. The instant enthusiasm I felt and have developed at Leonidas was just not there at Van Marcke.” Leonidas certainly looked the perfect fit for Philippe, being a family-owned business, like Van Marcke, as well as one of the finest chocolatiers in Belgium. However, family firms can have their quirks, so was Philippe worried about assuming a role where the fourth generation of the Kestekides family were the three sole shareholders.

“The family made it clear what they wanted from the outset and it was all about the long-term goals, which was exactly what I wanted to hear. In a publicly listed business, you have the pressure of quarter-by-quarter figures to deliver and sometimes you make rash decisions, just to reach those targets. The Kestekides family do not prioritise profits, as such, but more so the heritage of the company. Their aim is much more about preserving and growing the company’s good name, which has been around for over 100 years.

“With my background working for huge multinationals, the size of the company was also a plus for me. We have around 400 employees in Belgium and therefore I know everyone in the company. This way it still maintains a family feel, whilst actually being a large business, with operations in 40 countries and over 1300 stores.” 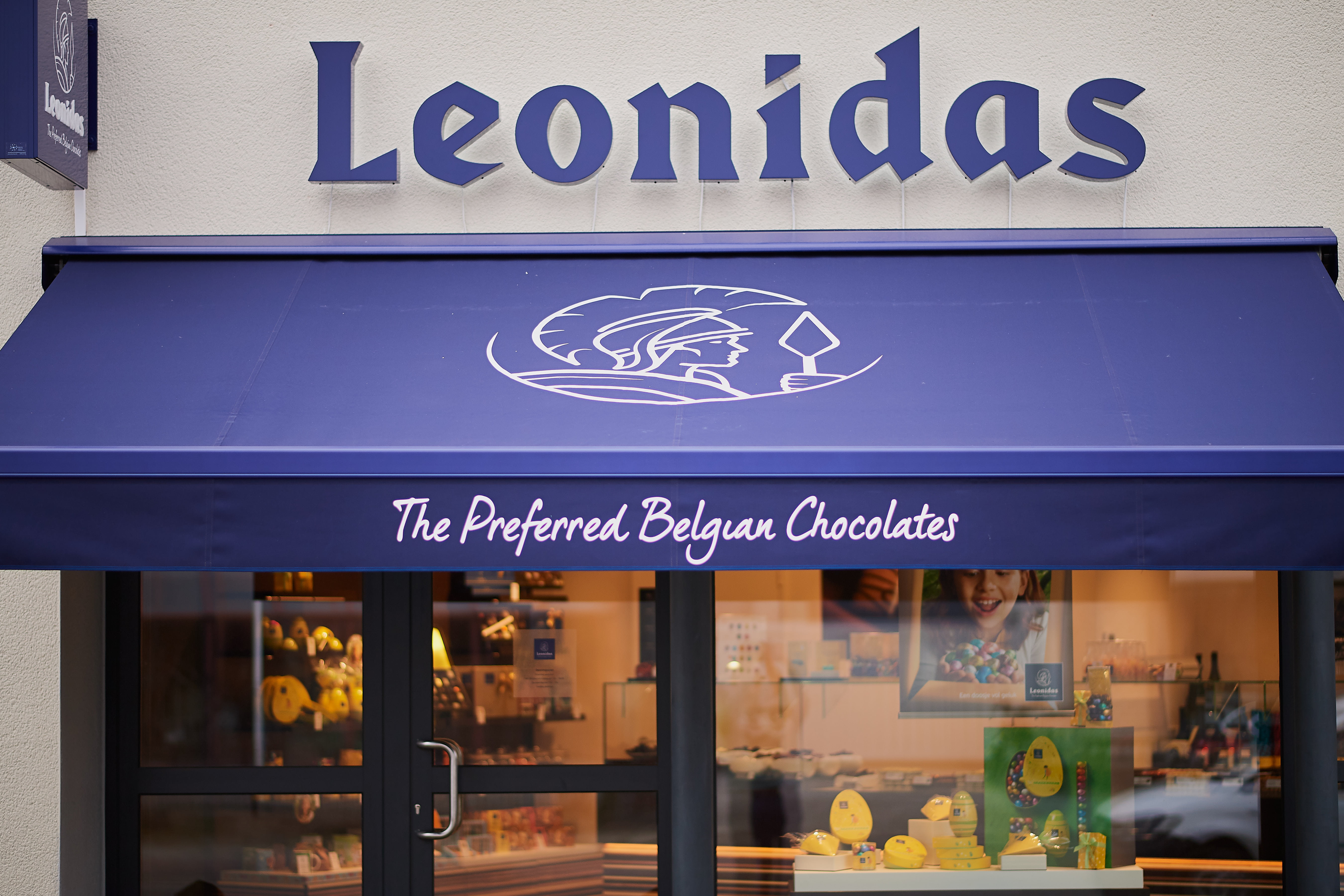 With such immediate synergy between himself and the owners, Philippe was quick to implement sweeping changes, which included making some tough decisions.

“I arranged one-to-one meetings with 70 managers and office staff, in order to gauge what everyone’s honest feelings were. I really believe that each individual, whatever their role, has something important to contribute. The outcome was mostly positive and allowed me to pinpoint two main issues. Firstly, a lack of clear understanding of the vision and values of the company and, secondly, a lack of respect from the managers towards a number of the executives. It was a tough decision to take but I changed about 70 per cent of my executive committee. They were all good businesspeople, but they were not leaders. Leaders need to inspire their teams and, sadly, this was not the case here.”

Philippe’s shake-up of the executive staff has since proved to be a smart move but, as with any big decisions, there was always a nagging doubt as to whether he was doing the right thing.

“The first year was very rough,” he admits, “especially as I made so many major changes. I also recruited several new directors, so I now have three male and three female executives. You obviously hope you have made the right choices and, luckily, today we have a really talented team, and everything is running smoothly – but those big decisions never get any easier.”

With his new team currently working so well, Philippe’s plans for Leonidas growth are quickly taking shape. There is a new factory on the way, in Belgium of course, with the new site recently purchased. What has not yet been finalised is the actual role of the factory. Here Philippe is keen to make the most of Leonidas’ close partnerships with all their suppliers.

“We enjoy excellent relations with all our suppliers such as Callebaut and Cargill. We are working closely with their R&D departments on many new products, which we are very excited about. By using their knowledge, network and skills, we want to be able to generate and maximise the creativity and production in our new factory.”

With Leonidas currently having no debts and earning healthy profits, Philippe admits that the company is in exceptionally fine health. Using only the finest ingredients, whilst also only selling fresh to the market (No freezing of the product is allowed), there is little to separate Leonidas from many of the other famous Belgium chocolatiers, such as Godiva and Neuhaus, except for the price. Leonidas chocolate is well under half the price of these other brands which, to many, may seem a rather strange business strategy for the brand. But Philippe is quick to explain his company’s rather unconventional approach. 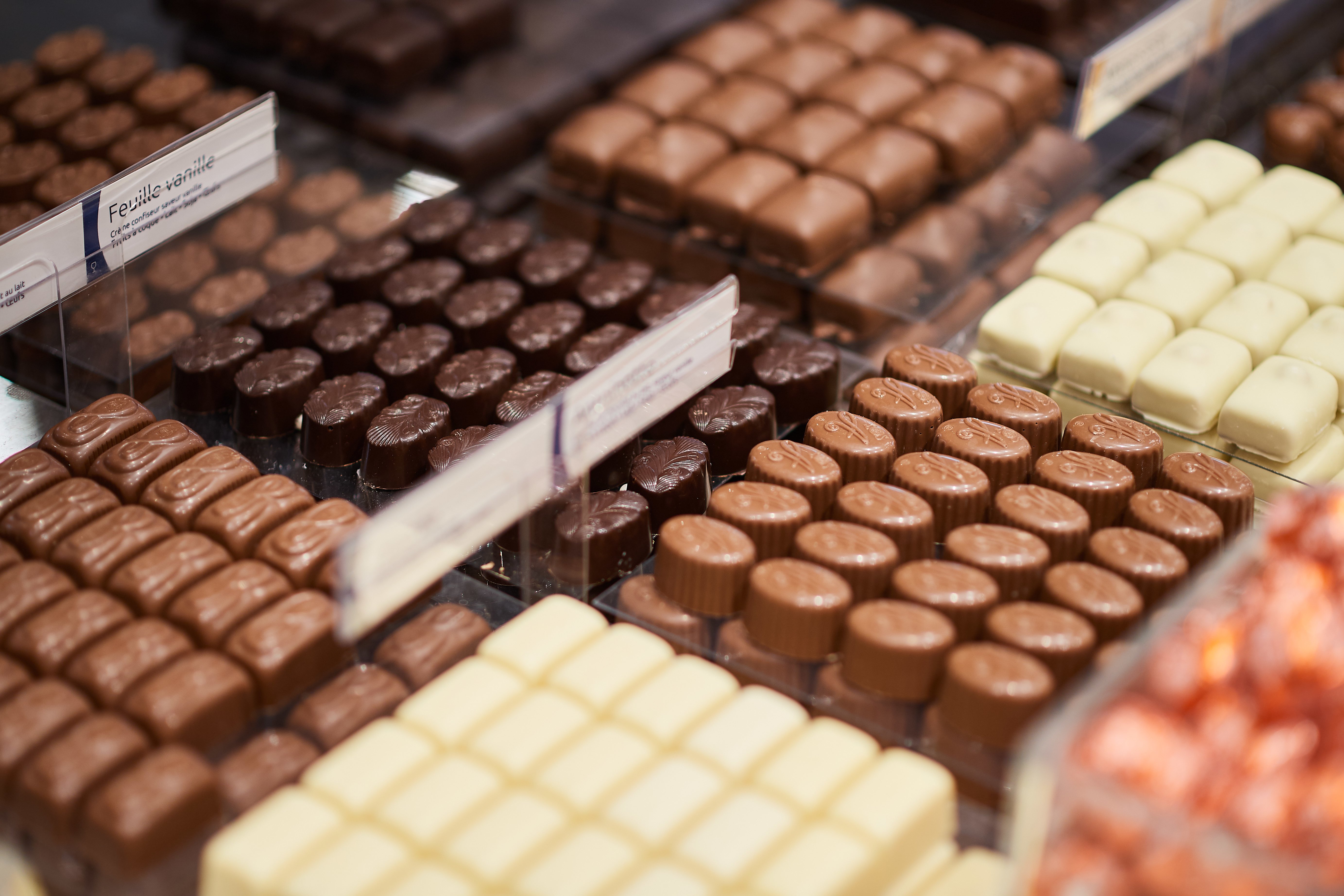 “We want to be available to as wide an audience as possible and that is why we are more competitively priced than most. Originally, I even tried to convince the owners to put the price up, but they were not interested. It was more important to them to have more people, from as wide a social group as possible, enjoy their chocolate. Certain brands are only aiming directly at an exclusive market. We are aiming at the mass market with a premium brand – the highest quality chocolate for all.”

Philippe certainly seems to have found the perfect job to suit his array of skills and, with brand status and customer satisfaction highest on the agenda, rather than profits, many CEOs would be envious of his position.

With a multitude of plans to grow the brand, including expansion into China, increased sales in two of the biggest chocolate consumer markets in the world (UK and Germany), Philippe has decided that the best way to promote Leonidas is to offer free samples and let people judge the products for themselves. This happened last Easter when his Belgium based team distributed nearly 40,000 chocolate Easter eggs to their public. It is no wonder that Leonidas is the number one Belgian chocolatier in Belgium and also the official supplier to the Court.

Philippe de Selliers is undoubtedly a lucky man. He has found the dream job at, what many would argue, is a dream company. Having worked his way through the hard-nosed corporate battlegrounds, he has emerged with his soul firmly intact.