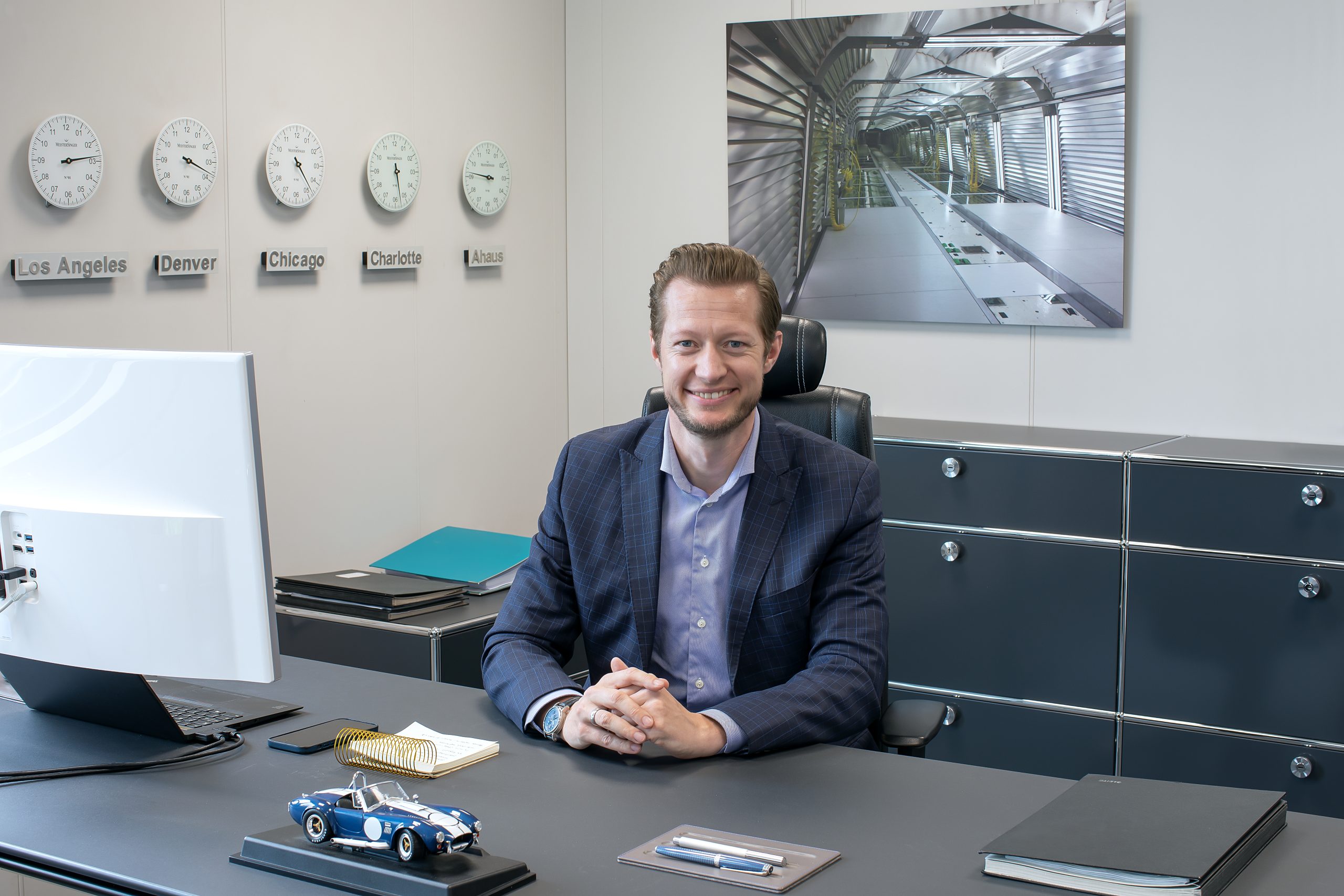 With a fifty-one-year history full of adaptation, German metal construction company Wenker GmbH has come a long way. We caught up with CEO Stefan Leers to discuss the importance of embracing change.

The modern world is utterly different from the one which existed in 1961. When Josef Wenker founded his engineering firm that year, it was with a relatively narrow focus. That first incarnation of Wenker GmbH, based in Langenfeld near Leverkusen, produced air ducts and accessories for air conditioning and other forms of ventilation technology.

Today, the company has grown to employ more than 250 people across three sites in Germany, alongside a thriving American subsidiary. Its product range has diversified beyond all recognition too, encompassing various forms of metal construction, hybrid buildings, panel systems and plant construction. Operating under the apt motto ‘Nothing is more constant than change’, Wenker has managed to bridge the divide between the industrial and digital ages.

Current CEO Stefan Leers became Wenker’s managing director in 2011 and then president of Wenker Inc, the company’s American arm, in 2016.

“I actually started in 2009,” Mr Leers explains. “As a sales manager. Then in 2011, I was first appointed to the board of directors. So I have worked with the company for a long time. You know this is a family-owned company, and the situation here reflects that. In May 2022, I took over the role of CEO from my father.”

Once taking up his role, the initial challenge for the new CEO was one of continuation. Under his father’s guidance, the company had shown consistent growth over a very extended period. It was, of course, important that this was maintained.

Putting on his own stamp

Yet Stefan Leers’ modesty perhaps hides his own impact on the company’s impressive era of expansion. He founded Wenker’s American subsidiary, which has now also achieved six years of sustained success.

The American Wenker story is becoming an exciting one.

“This year for the first time, our revenue is projected to reach $100M there, and we have contracts with high-profile clients like BMW, Tesla, Toyota and Volvo trucks. But also, as CEO of the company, I am proud of the work we are doing to modernise our practices. Home office considerations, work-life balance, these kinds of terms were not so much part of the business world while my father was in charge, but they are very important now.”

While the company continues its physical expansion, it also seeks to widen its market offering. It is no longer focused solely on metal work, steel structure and process engineering, but also on controlled electrical panels. This is considered a key target area for Wenker in the near future. Up to now, the electrical elements have been outsourced, but the intention is to produce these components in-house, using a team of electrical engineers. Such plans have informed some very ambitious growth projections.

“This year, our combined revenue across America and Europe is expected to be EUR 160M. By 2025-2027, we expect to reach EUR 250 and to have around 400 employees. We also intend to build further production headquarters, here in Germany and in South Carolina.”

The new CEO is also pragmatic enough to accept that challenges must be overcome if these goals are to be achieved and is quick to frame Wenker’s ambitions within current realities.

“We are still living with the impacts of COVID,” he says. “And it is still affecting the supply chain in a big way, as I think everybody knows. It’s something the whole world has to face, and obviously here in Europe, with the Ukraine war, the landscape has become even more challenging.”

He also acknowledges that growth in terms of personnel must be managed correctly. While a larger workforce will be required if company expansion continues apace, it needs to be the right workforce. In engineering, as in all sectors, people are the key ingredient.

“We need to get well-developed, educated employees,” Stefan explains. “And this is also a real challenge for us. However, we have addressed this by implementing an apprenticeship programme.”

"At Wenker, we offer a dual programme, whereby young people can study mechanical or electrical engineering at university, combined with work experience with us."

Despite these challenges, Stefan speaks about the future with confidence, always with Wenker’s carefully established reputation in mind. The last six decades have seen the company establish itself as a leader in its sector, differentiating itself from competitors via a number of key attributes.

“First and foremost, Wenker is known for its quality,” Stefan says proudly. “This is our number one priority. We are also a very hands-on company, and this starts from the top to the bottom. Speaking personally, I am always present and visible and I speak with customers constantly. I attend all important meetings, and this creates a sense of shared responsibility. Everybody at Wenker has enthusiasm for what we are doing, and what we want to do and believes absolutely in our emphasis on quality. Our top clients, like BMW, really appreciate this approach.”

Crucial also to Wenker’s continuing success story are the stable and productive relationships the company has cultivated with its supply chain partners. This was especially important once the coronavirus pandemic began and global supply chains were thrown into chaos. Quarterly meetings were held, and this dialogue enabled the continuation of production, with minimal impact. It was only by having these longstanding, reciprocal relationships with suppliers that some of the worst effects of repeated lockdowns were mitigated.

“We have worked together with most of our suppliers for several decades. Within the supply chain, we established some strategic suppliers, and we don’t deal with them on a ‘price first’ basis; we look at many factors such as lead time, sustainability and quality. This meant that even during the pandemic, we had no major lack of raw materials. We were always able to get what we needed to produce our products.”

While the impacts of coronavirus remain and appear likely to do so for some time, the systems adopted by Wenker appear robust. Under the guidance of Stefan Leers, the company’s period of buoyancy appears set to extend well into the future.

“I am very proud of our history,” the CEO explains, “of our region and of the relationships we have developed with our customers and partners.”

"I mean, our record speaks for itself."