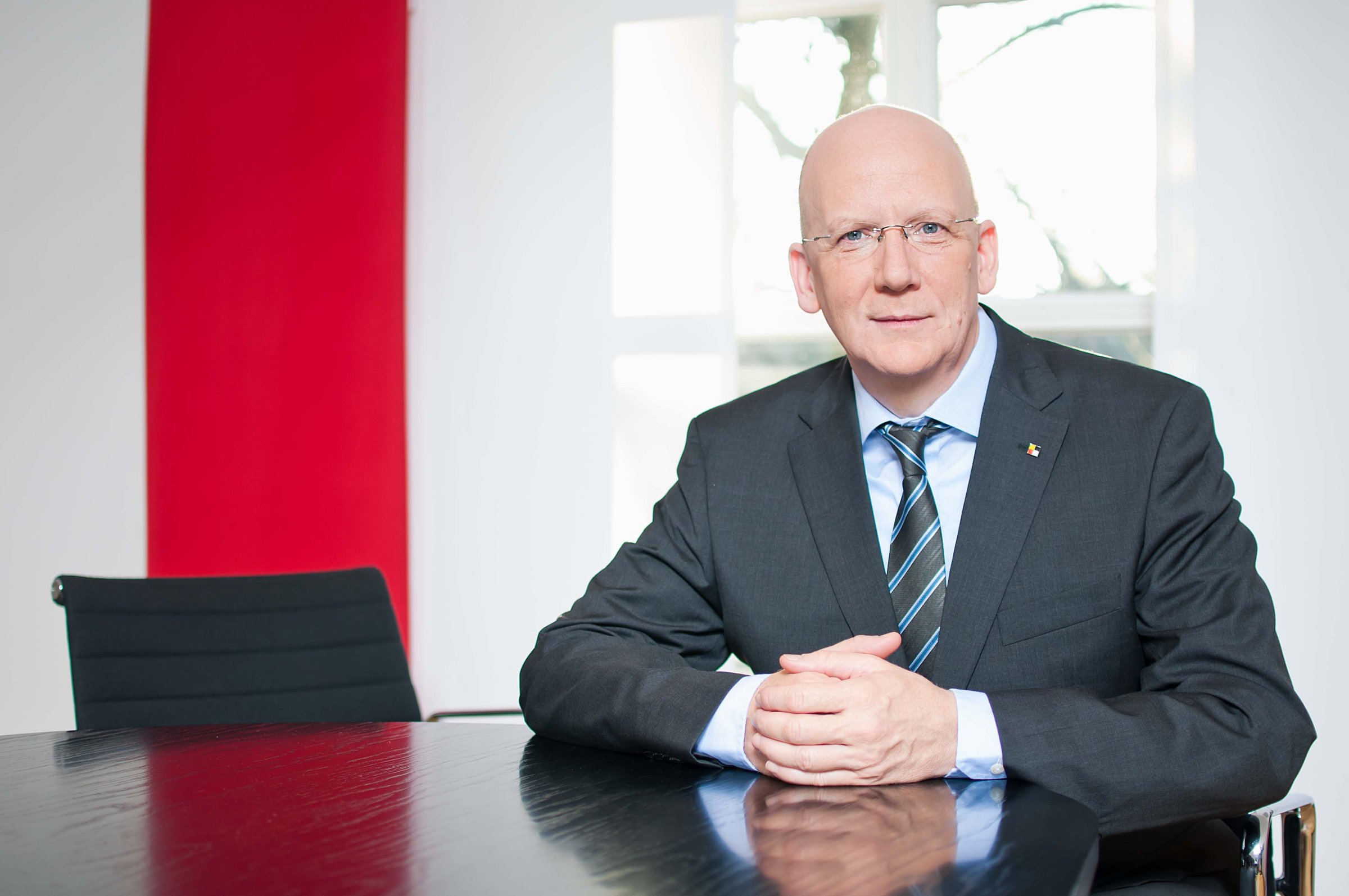 German company, Rottendorf Pharma, has manufactured, packaged, developed, and analysed products for the global pharmaceutical industry for more than 90 years. Yet it is only just beginning to hit its global stride. Milestone spoke to CEO Dr Stephan Fleck about turning a national focus into an international one.

Based in Ennigerloh in the North Rhine-Westphalian region, Rottendorf Pharma has been a mainstay of German pharmaceuticals for nearly a century. However, it has recently undergone dramatic growth, both in scope and revenue. , for both pharmaceutical and biotechnological entities. Employing over 1,000 skilled workers, including a team of formulation scientists, the company is a pioneer in its field.

Rottendorf’s evolution coincides with the arrival of CEO Stephan Fleck 12 years ago. Previously employed by industry giants Bayer and GE (a pharmaceutical subsidiary of American firm General Electric), Stephan actually started his professional life as a physicist. His impressive CV even includes a past membership of the DELPHI group at CERN (the European Council for Nuclear Research) in Switzerland.

“After finishing my PhD, I started working with Bayer,” he explains. “And all of a sudden there was a managerial position in diagnostics open in the US. I was offered the position and that is how my journey in healthcare began.”

Stephan is philosophical about this change in direction. “You can’t really plan careers, you know?” he says. “It is a combination of opportunities, of relationships, of skillsets. Something presents itself, you grasp it, you run with it and before you know it, a couple of decades have passed!”

However, he’s also convinced that this move was a positive one, that his shift in focus was serendipitous: “Working in the healthcare industry, you make the world a better place. It is very rewarding to make medicines and diagnostics and once you get that feeling, you don’t want to lose it. So, I have remained in this field ever since. I wouldn’t do anything else.”

Rottendorf’s position within the industry is as a contract development and manufacturing organisation (CDMO). Essentially, this means that Rottendorf serves other companies on a contractual basis to provide a range of services from drug development and manufacturing, all the way through to packaging. Major pharmaceutical firms therefore outsource these aspects of their business to CDMOs, and it was through this relationship that Stephan first became acquainted with this end of the sector.

“I used to sit on the other side of the table,” he explains. “While working for Bayer and GE, I used a number of CDMOs but the truth is that I was often unhappy with them. So, when I was offered the position at Rottendorf I saw a very interesting opportunity. I wanted to build the CDMO I never had.”

He was also excited by the possibility of working somewhere where it would be possible to make his own mark: “When you work for massive organisations like GE or Bayer, of course you can advance your own career, but the impact you have on the company itself is not so great, because they are already so well established. But at a mid-size company such as Rottendorf, your work is extremely visible, and you can truly change things. A bad decision could kill the company, a good one could lift it through the roof. This really energised me.”

Additionally, it was clear that work needed to be done to convince the world that a competitive manufacturing operation could be based in Germany. Traditional wisdom held that production and labour costs would be too high, and that Asia would be a more sensible option. Stephan wanted to challenge this perception. At the time, Rottendorf worked solely in the local market and largely within generics, a group of drugs which contain the same active ingredients as another drug originally protected by patents, but on which the patent has expired. In other words, the company was not originating but rather duplicating.

The CEO says: “When I took over, I held a whole company meeting and asked the audience what they thought we were selling. Of course, they looked a little bemused and replied we were selling drugs. But I told them that no, that’s wrong. We’re not selling drugs, we’re selling service. And that was the beginning of the transformation.”

Through this mindset adjustment, Rottendorf has been completely rebranded. Rather than just a manufacturer of pills, it has become both a technology company and importantly, an all-in-one solution provider for the pharmaceutical industry. Under Stephan’s guidance, the phrase “total process ownership” (TPO) was coined, coupled with “total technological mastering” (TTM). The embedding of these key principles, now industry standards, into Rottendorf’s ethos, helped the company rise above competitors and fulfil its potential, as envisaged by Stephan upon his arrival. In 2011, Rottendorf spread its wings and entered the US market. It has not looked back since.

“I’m not bragging,” he says light-heartedly, “but it has been some journey. The company is very profitable now, and I am so proud of the work everybody here has done.”

Naturally, the company’s upward trajectory was slowed by the coronavirus pandemic. COVID’s effects have been felt acutely within pharmaceuticals, where the rush to develop and distribute vaccines, a major story in international media for months, shone a spotlight on the industry’s workings.

Stephan explains: “Internally, it was something we had to come to terms with. Of course, the pandemic really rocked the world, but we reacted quickly, created smaller work groups, implemented stricter hygiene routines, took full advantage of early testing and so on. In this way, our operations were not so affected.”

Workplace preparedness could not compensate for market slowdown, however, and here the company did feel an impact. Business development, in particular, took a hit.

“We couldn’t see customers,” he says. “So that side of things stalled. That meant we lost a year and a half of finding new business, but we became innovative by creating business relations virtually rather than F2F. However, the pandemic has strengthened existing relationships as our customers appreciate that we were able to keep their supply chain on-going without interruption during the whole time.”

The supply chain was affected in a broader sense, however, but this was mitigated by forward thinking. As the pandemic took hold, Rottendorf stocked up on raw materials, meaning its key manufacturing processes were able to continue almost uninterrupted: “The pandemic has been devastating for the world but we got away with a black eye, perhaps that’s the best way to describe it.”

While coronavirus continues to be an issue on the global stage, Rottendorf emergence is such, it is now in a position to look to the future. In the next three to five years, plans are already afoot to build on the company’s impressive growth.

“We are not a company who wants to get involved with mergers and acquisitions,” Stephan says. “We only do organic growth. But we intend to double our business in the next few years, and we believe we will achieve that. We have bought some land to develop the physical size of our sites in Germany and we will build a new site in America. The American market is key to our future.”

It’s a bold vision and one delivered with absolute confidence.

“We’ve built our reputation and customer base. Now we are known. We are the company who gives special attention. We don’t just manufacture a product, we master it. This is what we have built, and the time has come to begin to harvest the work of the last ten years.”