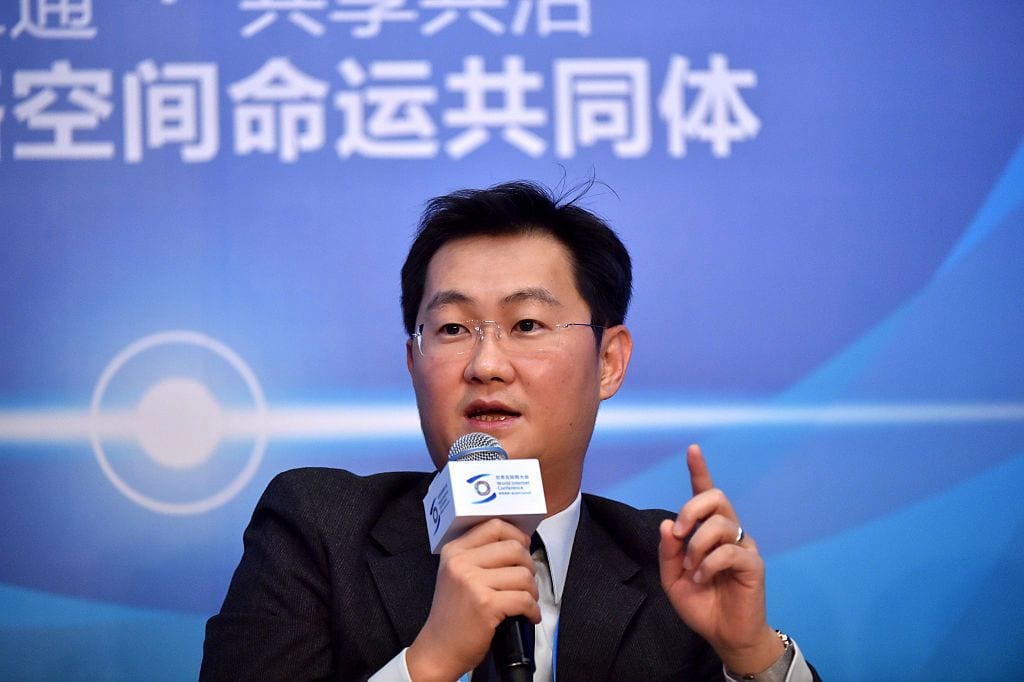 In May this year, Tencent Ma Huateng was named the richest man in China. His personal fortune amounts to a whopping $45bn, according to Forbes.

And yet despite this huge wealth, and his success building one of the biggest tech companies in the world, Mr Tencent Ma Huateng – who has the nickname Pony Ma in English – is famously elusive, even shying away from giving interviews.

It’s this aversion to the spotlight that makes Tencent Ma Huateng even more fascinating – particularly when you consider the limelight-hugging personalities of many chief executives in the tech sector. You could argue that Pony Ma doesn’t need the fame. The success of his company Tencent – which he co-founded with four others back in 1998 – speaks for itself. The company provides messaging, banking, and video gaming services, and it has become deeply entrenched in the lives of Chinese people. Take China’s most popular messaging service, WeChat. Mr Ma was instrumental in building Tencent’s flagship app, which hit one billion monthly users in March this year.

Tencent Ma Huateng, who has a Bachelor’s degree in computer science from Shenzhen University, began his career as a programmer for Chinese telecom company, China Motion Telecom Development – a job which sparked the idea for WeChat (and QQ, which was the go-to app before that).
The self-made billionaire is oft described as a “computer geek” and has been known to stay up all night writing code. There is something endearing about learning that this apparently shy chief executive had met his wife through the QQ messaging service that he had created.

Ma has capitalised on the digital revolution, recognising the importance of mobile phones in our everyday lives and helping to push apps like Qzone into the mainstream.

In a rare press conference back in 2009, Ma acknowledged that Tencent’s success resides in taking inspiration from other businesses. According to China Daily, he said that “if I have seen further, it is by standing on the shoulders of giants.” Now Tencent has become a giant itself. For a long time, the company has grown quietly in the background – a trait that seems to mirror Ma’s personality. Now, the tech titans of Silicon Valley are beginning to pay attention, as this once low-profile company becomes increasingly interesting.

Tencent is no longer a quiet contender, having now gathered momentum, and even outpacing US giant Facebook in market value after the company saw its profits double last year. With Mr Ma at the helm, Tencent is on a mission to push things forward, developing new technology that is changing the world as we know it. Last year, for example, it entered the race to develop driverless vehicles.

One analyst, Matthew Brennan, told the Financial Times that Mr Ma is sometimes described as a scorpion: “He will wait and then strike.” What Brennan means is that Ma is strategic and takes a long-term approach to running his business.

Perhaps unsurprisingly, this includes taking the business global. So far, this has involved a buying spree, purchasing minority stakes in US firms Tesla and Snap. But now Tencent is looking to export its services to consumers who live beyond China’s shores.
This, of course, will come with challenges, as tech firms become increasingly scrutinised by the world’s regulators. But Tencent Ma Huateng remains in Ma’s capable hands. He might not make a song and dance about it, but Ma is certainly a force to be reckoned with – and it’s time for the world to take note.