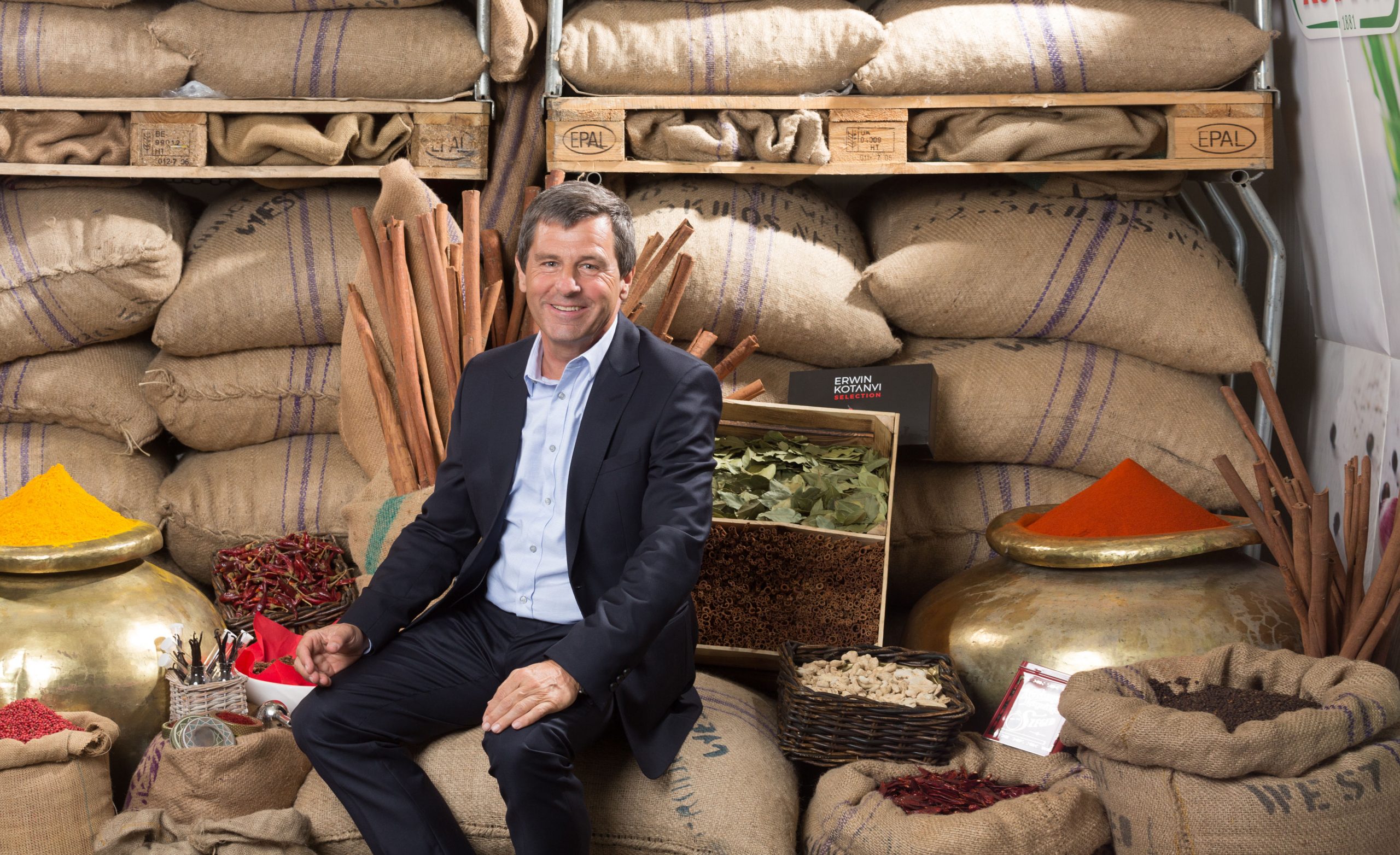 Erwin Kotányi was just 24 years old when he took over the family business in 1981. Since then, what had once been a central European paprika manufacturer has become a thriving, modern, and international company.

Having celebrated its 140-year anniversary in 2021, Austria-based Kotányi is a company with a long and storied history. It begins with current CEO Erwin Kotányi’s great grandfather, Janos, opening a paprika mill in Hungary in 1881. His offering hugely popular and the fledgling venture found instant success.

By the early 20th Century, the company had established a factory in Vienna, while its product was a firm favourite among high society, and a staple in the kitchens of the Austrian royal court. Diversification into other herbs and spices soon followed and throughout several generations of family succession, Kotányi began exporting to some European countries and even the United States. However, this international aspect was relatively small, and the domestic market remained its priority.

By the time Erwin assumed leadership of the company, in its 100th anniversary year, Kotányi’s sights were still set internally on Austria, where it maintained a medium market share. The young CEO, approaching the job with perhaps a more modern mindset than his predecessors, immediately identified a need for co-ordinated marketing. The company was established within its niche, but Erwin understood there was potential for greater growth.

“My uncle died, which meant I came into the job very young. I was actually still studying, I had been doing Economics mainly, but I had to stop all that and start work,” he explains. “At the beginning I didn’t know much about the company, so I had to learn fast. Of course, I was observing everything. In my early days, I saw that the brand was maybe not in the best situation, so I made it a priority to work on that straight away.”

With the company’s visual identity improved during his initial period, Erwin also arrived quickly at the realisation that Kotányi needed to look way beyond Austria. A process of evaluation followed, and it was determined that the most accessible and fruitful markets would be those of central and Eastern Europe.

“Of course, the first point is that we have a history in central and Eastern Europe,” Erwin says. “Kotányi is originally a Hungarian company and paprika, which we started with, is an important ingredient in goulash and other dishes of that region.”

Step by step, Kotányi then entered markets throughout Eastern Europe, which had just opened following the fall of communism between 1989 and 1991. Erwin did much of this work personally, going out on the road, driving to meetings in different locations. Through this proactive approach, key accounts were secured, not only in retail but also in catering, which enabled the company to establish itself as a major force in European consumables. During the same period, a new, state of the art headquarters was built, at Wolkersdorf, fifteen kilometres outside of Vienna, something of a statement of intent.

The new facilities allowed for a re-energised focus on research and development, and this paved the way for what Erwin describes as “very special product.” So special, in fact, that Kotányi now has an entire corporate department devoted it. Already selling spices from all over the world, recipe mixes and even novelty items, Kotányi created a new, hand-held spice mill in 2003. Now imitated by several competitors, the mill’s ergonomic design quickly made it a retail favourite, a position it still holds.

Even today, we are at a 40-50% market share with that product in most of our territories.

It was and remains an incredibly important product for us. Everything was thought about extremely carefully, from its shape to the kind of grinder it uses. So, this is really very satisfying for our company.”

By 2018, Kotányi was the market leader in Russia and firmly established in China. Erwin had successfully taken the company into both the Chinese and Russian markets.

“This is something we can be really proud of, I think,” Erwin says with a smile, “to have come so far and to turn ourselves into a market leader across the region, even in a major nation like Russia. It is a great story for us.”

Now working in 25 countries including South Korea, Singapore, and Brazil, more than 70% of Kotányi’s turnover (180 million euros in 2021) comes from abroad. Even recent global events have been unable to puncture the company’s buoyancy. Despite the advent of the coronavirus pandemic and its associated economic slowdown, Kotányi still enjoys extremely healthy growth, with near future forecasts reaching double figures.

“We were lucky I suppose in that the retail business, which is our biggest sector, was not particularly affected. Of course, stores closed intermittently, but e-commerce remained strong. In fact, because people were at home and had more time on their hands, they cooked more and had more opportunity to experiment with their cooking, so it had some positive implications for us. I don’t want to talk about Covid as a positive, but in a business sense, it had that effect. On the catering side, we lost a lot, but the gains made from retail more than compensated.”

That is not to say that coronavirus presented no challenges at all to the company. Upgraded hygiene systems had to be implemented to protect employees and as might be expected, rates of sickness and absence increased. Although this put a strain on operations, the burden never became overwhelming and Kotányi was able to continue manufacturing and trading as normal throughout the course of the pandemic. Disruptions to the supply chain were also manageable. Although there were issues in obtaining particular spices at particular times, the company was able to juggle stocks and switch suppliers strategically to mitigate this.

As a result, the future looks bright for Kotányi. Erwin still has plans for further growth, and with a forty year upward trajectory behind him, there is no reason to doubt his ambitions to reach even more diverse markets in new corners of the world. Yet, despite the impressiveness of his journey so far, the CEO is keen to share the plaudits.

“Of course, I have a part to play, but I have been fortunate to work with so many good people. As the company expanded, we recruited well, especially in the countries we entered. I think with this sort of thing it is very important to bring in local people who understand local tastes and markets. This is probably the key factor in our success, people. The food business, like any business is about people. It’s always about people.”