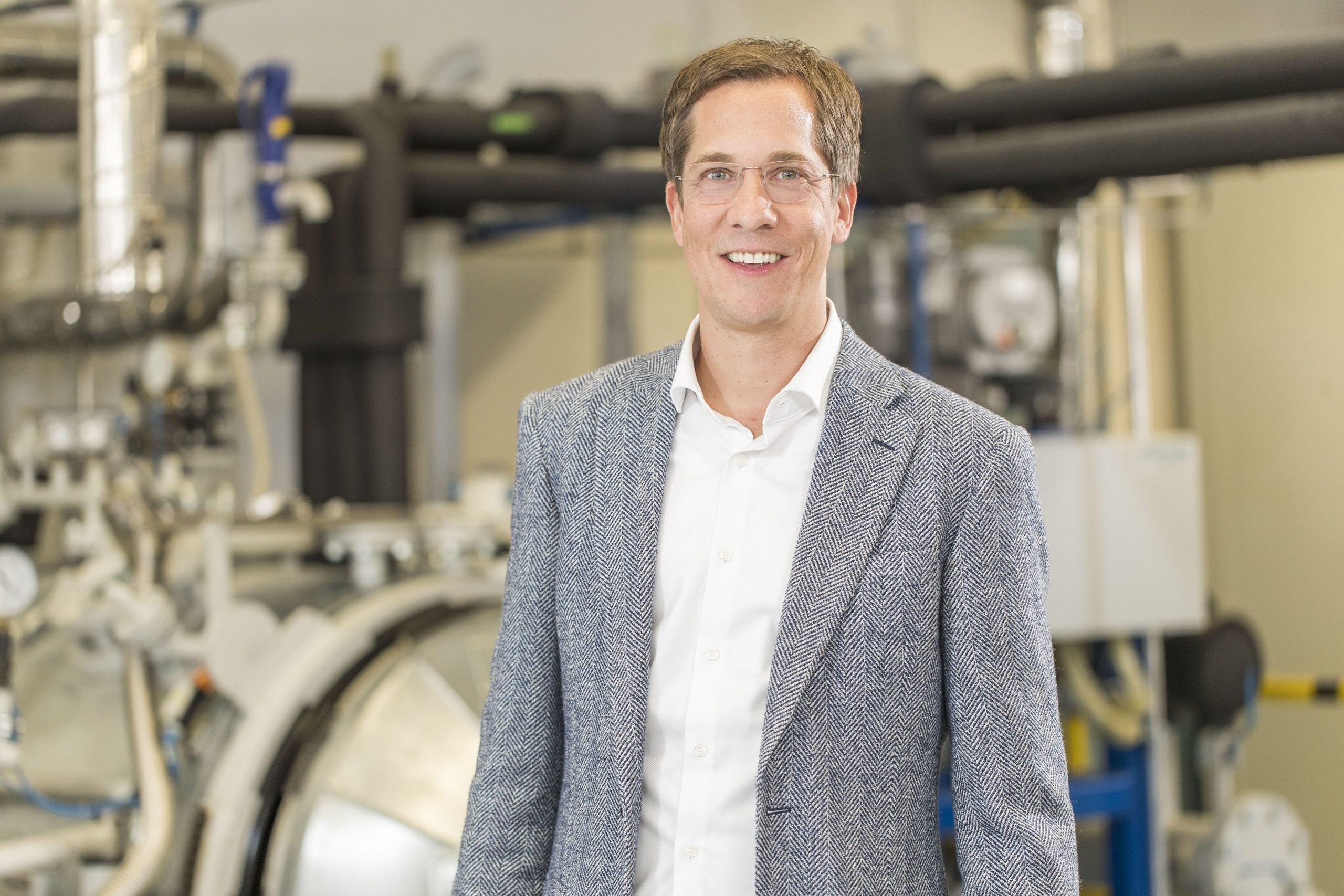 It’s not often you come across a CEO who straddles academia, arts, law, and industrial manufacturing, but that’s exactly what you get when you meet Christian Hennerkes, CEO of Von Roll.

Christian studied law, like his father, one of the most highly regarded family lawyers in Germany. Since his friends are filmmakers and animators, Christian thought his future lay in filmmaking. “I never wanted to work as a lawyer, you know, it was like a gentlemen’s agreement with my father to say, look, I’ll do this, but afterwards, I do whatever I want.”

He completed a Ph.D. in economics, researching film and financing instruments for the global film Industry. The Boston Consulting Group was his next role, also because of their international media practice team. Christian worked on business transformation within the big German and European TV players, including the merger between Viva and MTV.

From 2016, Christian joined the supervisory board of Von Roll and was appointed CEO six months later. Having a career across a broad range of different industries signals someone comfortable with change, with an ability to transform, and transformation is certainly the ask in Christian’s current role.

Von Roll Holding AG is one of the oldest listed industrial companies in Switzerland. As a global technology leader, Von Roll is playing a key role to drive the transformation towards renewable energy and e-mobility. Von Roll products and services increase the efficiency, performance, and durability of electric motors, generators, and batteries. The Group is active worldwide with more than 1,000 employees and supplies customers in over 80 countries.

Certainly, a rising company now, but not at all in 2016, when Christian took over as CEO. “A major challenge was to transform the management culture. It all revolved around the question of how to reinvent one of the oldest industrial companies in Switzerland?”

Christian placed clear priorities on stopping the cash drain and returning to profitability first. “In 2026 only four of our 19 global sites were profitable.”

At Von Roll, everyone has a unique opportunity to prosper as an intrapreneur with high freedom of decision-making.

Regarding the management culture, the leadership team was lacking self-confidence and commitment to speed: “We established an entrepreneurial spirit, which empowered decision-making according to the old maxim in motor-racing: ‘If you have everything under control – maybe you are not going fast enough!’ Furthermore, we focused on recruiting young people in order to rejuvenate our global teams, which initially had an average age of over 50 years. Of course, we have never been in the position to offer the same flair and benefits as big tech. However, our deal with young talents is always to give them far more management responsibility – starting from day one.”

Christian remembers one of the key challenges was to re-establish trust and efficient communication among all global sites: “We told the local site management: ‘We will align with you 12 times a year through a video conference every month. But don’t worry, you will not be bothered by micro-management. We will define clear targets and provide guidance, only when needed.’ It’s simply an objective-based management style.”

Another area of transformation focus was the IT infrastructure, which was successfully streamlined down to three universal tools. “We had a scattered landscape of numerous IT systems that have never been used efficiently. Effective management is all about keeping it simple. So today, we focus on SAP for production and finance, on C4C as our global CRM, and on Power BI for business intelligence.”

The final step was to turn the previously production-driven company into a market- and customer-focused organisation. “Our sales team was mainly focused on farming instead of hunting. In the very beginnings, there were hundreds of R&D projects without a substantial business plan or commitment from potential clients.”

Christian believes that listening to customers carefully is key for every successful business. “With the clients, we challenged all open projects and reviewed what they really required. We ended up with only 40 projects, out of originally over 200, that would provide real added value to our customers. We focused our resources on the rapid and successful completion of those projects. The feedback and the customer satisfaction were outstanding. Nowadays, customer understanding and speed are mission-critical. It is no longer the big fish eating the small ones, but fast fish beating the slow ones.”

Christian’s understanding of strategy involves the courage to say “No”. He cites the example of a leading automotive manufacturer that everyone would be happy to name as a reference. Von Roll was serving this customer from the very beginning with products for the thermal protection of e-drive batteries. Unfortunately, the requested product design was changing almost quarterly. When Christian went to meet their corporate management, he became clear: “We haven’t met before, but there is a simple principle for all projects we conduct at Von Roll: Customer satisfaction is our number one goal – but the project also needs to make money and feed the family.” When the customer continued to refuse to cover the high tooling cost caused by constant design changes, Christian stayed the course and terminated the project. “In the meantime, we built up much larger and far more profitable activities with other OEMs in the e-mobility segment.”

To accelerate growth, Christian plans to extend the value chain “to produce not only advanced materials but integrated components and systems that are ready to install.” He plans to expand Von Rolls activities in new markets like renewable energy and aerospace. “Many composites in the aerospace industry are 20 or 30 years old and not very health-friendly. We’ve developed a new material for the cabin interior, that is extremely eco-friendly, completely free of phenolics and solvents, and easy to process. We are expecting the use of our materials in serial production at major aerospace OEMs starting in 2023.”

Today, we have only 13 production sites remaining; all of them are generating profit.

The successful transformation of Von Roll has been driven by the passion and energy of Christian and his young leadership team. While Christian is quite away from his filmmaking aspirations these days, perhaps he’ll make a film about his journey with Von Roll one day?