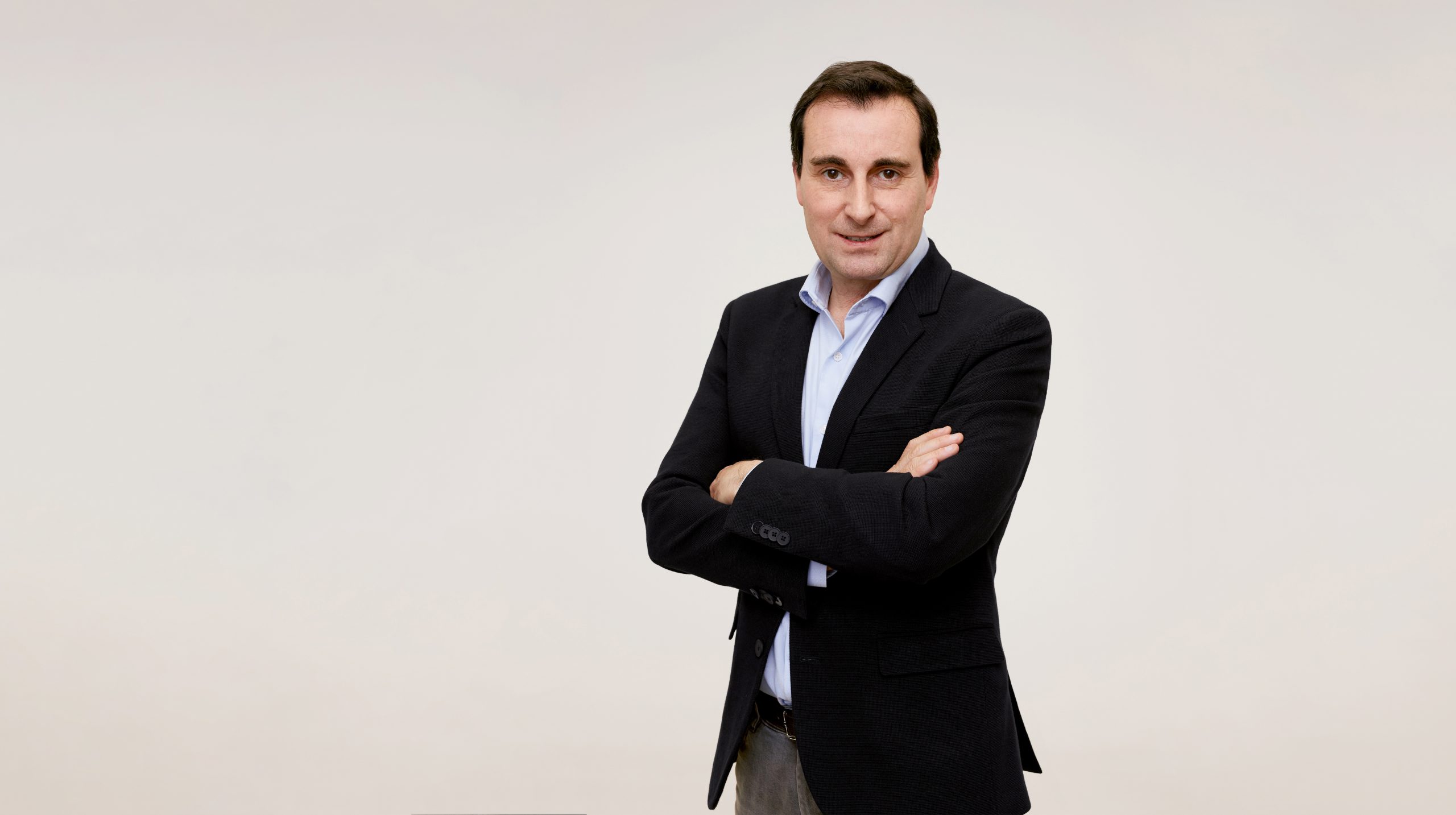 The coronavirus pandemic has impacted all forms of commerce but lockdowns have been particularly devastating for brick-and-mortar retail. We spoke to Toni Ruiz, CEO of iconic international high-street fashion brand Mango, to discuss surviving and thriving in times of extreme challenge.

With more than 2,300 stores spanning all six continents and over 100 nations worldwide, fashion powerhouse Mango has been one of retail’s standout success stories of recent times. Founded in 1984 by Isak Andic, with a concept of high fashion at accessible prices, the brand’s first store on Barcelona’s Paseo de Gracia quickly grew into a mini empire.

Now employing around 13,000 people, 15% of whom work at the company’s El Hangar design centre in Palausolità i Plegamans, Mango is a global giant of high street fashion. Every year its in-house design department turns out around 18,000 garment and accessories based on seasonal trends, and it finished 2020 – a turbulent year – by posting sales north of 1.8 billion euros.

Appointed in March 2020, company CEO Toni Ruiz took up his present role at a time of serious uncertainty. Having been CFO since 2015 and then general manager from 2018, he oversaw a realignment of Mango’s operations, centred around product repositioning, refocusing on investment priorities, and an even more determined bet on e-commerce.

With an academic background in economics and an MBA at IESE Business School, Toni’s retail career began with the French home improvement and gardening company, Leroy Merlin. He began by working in one of their stores, which he was later promoted to manage before going first on to regional management and then becoming CFO. After that, he was appointed international manager of Planning and Controlling. It’s the sort of fairy-tale rise through the ranks that many employees dream of. “It’s a nice story, isn’t it!” He says with a laugh.

After joining Mango, he was credited with leading the company’s transformation and modernisation processes, which were essential to stabilise the company’s future.

“It’s true that at the beginning, the situation here was not easy,” he says. “The company had been facing difficulties which led to a deterioration of its financial health. However, I felt very happy to join”

The company operates in an exciting sector and I love the brand but it was clear some changes needed to happen.

Toni recognised that the company’s financial situation was unhealthy, with a worryingly high debt burden. This was due in large part to a policy of opening high street “megastores,” which started in 2011. These stores offered large floor space, usually in excess of 1000 metres squared, and were able to stock most of the product lines. By early 2016, Mango had 164 megastores, each of which brought operational and logistical expenses as well as the initial investment required to create them.

“There had been a lot of investment,” Toni says, this time with a sigh, “and perhaps some mistakes. We tried to diversify, to move away from our traditional customer base and attract a younger market, but perhaps we tried this too quickly and it did not work at all.”

The inherent risk of any such manoeuvre is that pre-existing customers feel alienated by the change, while those you are hoping to attract do not rise to the bait. Alongside the financial issues, this was the key problem Toni felt that Mango faced. A problem, to a large degree, of identity.

These issues combined to fuel losses of around 100 million euros in 2016. “It was something like a disaster,” Toni says, “so there was a lot of pressure and we had to change a lot of things. But I think it is important, when you reach a crisis, to remain focused and try to prioritise.”

In the first instance, the plan revolved around refinancing the company’s debt, which was not an easy task. Mango’s poor financial performance meant lenders saw the company as a risk, while it was difficult to convince them that such a well-known brand could reinvent itself.

Once borrowing was finally rearranged, sights shifted to what Toni describes as Mango’s “DNA,” the company’s clients and the designs. “When you try to follow every trend that emerges,” he explains, “it is risky. You can forget who you are, as a brand.”

In what proved to be a prescient move, he also identified e-commerce as a key area for investment. At the time, online sales accounted for 10% of Mango’s turnover. It was clear there was room for this to develop.

With these changes in place, the company then introduced the Mango Likes You programme, a customer loyalty scheme. Through this, customers enjoy exclusive benefits by earning “likes” every time they purchase. These likes can then be exchanged for discounts and experiences.

“This worked so well, because people signed up in the stores which enabled us to have a very personalised communication with them,” Toni explains. “It brought us closer to our customers.”

All of these changes helped to steer the company in a much healthier direction and by early 2020, when Toni became CEO, things were looking up. As a result, he began his new post in positive mood.

“The first two months of 2020 were very positive. Growth was at around 10% but in March and virtually overnight, most of our stores were forced to close down. To begin with, in the second half of the month, online sales were severely affected too.”

A slight uptick in e-commerce followed but by the end of the June, revenue was still down 70%, a troubling figure.

“We were hit extremely hard,” Toni explains, “but actually, I had no time to be worried. It was just like, from one day to the other we close all the stores and now what? You know, everywhere around, people were worried about such major things, about life, about their families. We wanted Mango to get through the crisis, but it helps to put things in perspective.”

Toni found that during this time, leadership became less about strategy and much more about support and motivation, as co-workers often faced personal difficulties, even tragedies.

“It was a time for a lot of talking, on Zoom, however. A lot of encouragement,” he says. “This was the most important thing. As a leader, you are always dealing with people.” 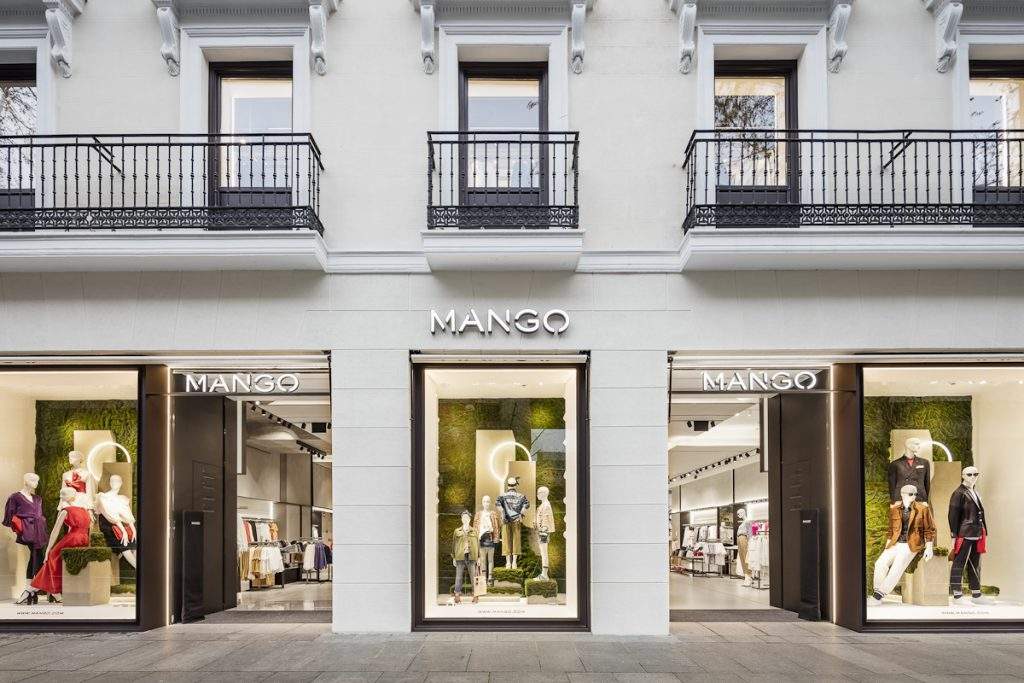 Of course, Mango was not alone in struggling in the face of COVID. Fashion in general was devastated by the pandemic, with global production down 37.4% in the first half of 2020 and sales reduced by 43.5% in the same period. The dramatic changes in lifestyle wrought by the arrival of national lockdowns meant that demand for new clothing and accessories fell off a cliff. Due, however, to many of the measures implemented during Toni’s time at the company, Mango was able to bounce back more quickly than some competitors.

“From July last year we experienced something of a recovery,” Toni explains. “Things kept improving. In the last trimester, despite all restrictions, we were only 12% below the previous year.”

This swift progress was carried over into 2021. The company continued with its diversification strategy with the launch of Mango Home and Mango Teens. Also, the Company signed an agreement with the Intimissimi lingerie company to sell its products at mango.com.

A new focus on sustainability has been incorporated, and as Mango closes out 2021 with a healthy debt level, expectations are for 20% growth. Meanwhile, online sales are expected to reach 1 billion, or 42% of turnover. These figures make 2021 a better year for the company than 2019, a miraculous turnaround of fortunes.

“I am so lucky, to work in a multinational company that has a very good way of building things.” Toni says, happily. “This is the Mango way, and I am proud to represent it.”