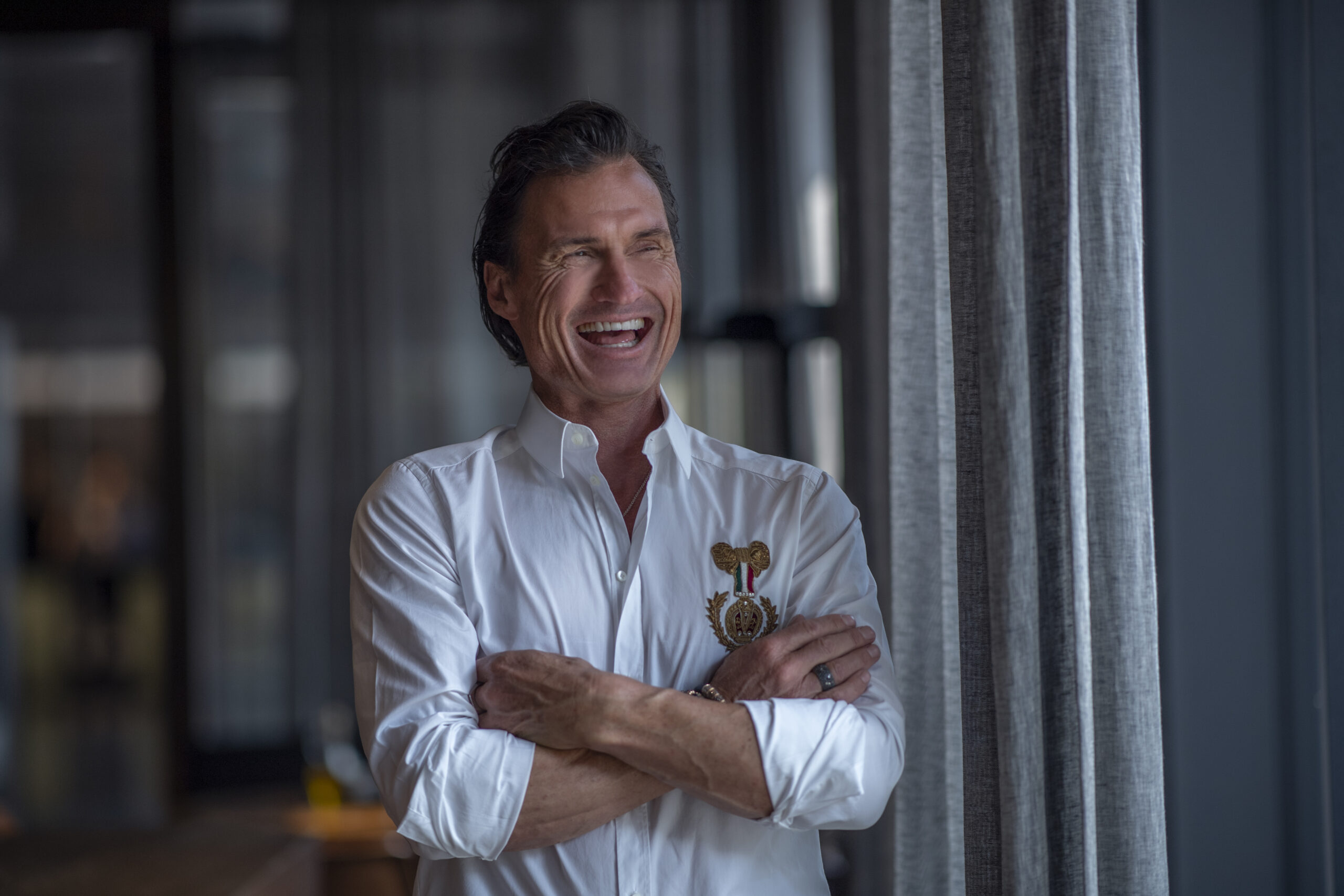 Petter Stordalen, the Norwegian self-made billionaire, hotelier, property developer, and environmentalist, learned his most valuable business lessons selling strawberries as a kid. He explains how a simple philosophy has helped him succeed life.

Petter Stordalen, affectionately known as Norway’s “King of Hotels,” is “super fantastic, despite the virus.” Why wouldn’t he be? He’s worth $1.4 billion, lives like a rock star, and has 225,000 Instagram followers. Despite the glitz and glamour, his success is built on a very simple philosophy. “When I was 12, I sold strawberries at the market with my greengrocer father,” the 57-year-old says. “I sometimes envied the other traders because they had bigger, fresher fruit but my father told me: ‘Sell the fruit you have because it’s the only fruit you can sell.’ I call it the ‘strawberry philosophy’ and it’s ever present in my life. It’s about taking what you have and making the most of it.”

Even as a child, Petter was incredibly motivated and was named “Norway’s top strawberry seller” by his local newspaper. The writing was on the wall for a successful future in business.

In fact, he holds this fatherly advice so close to his heart that he named his corporate collective – consisting of nine companies operating in hotels, real estate, finance, and art – the Strawberry Hospitality Group. Through this group he owns Nordic Choice Hotels, one of the largest hotel chains in Scandinavia with over 200 hotels and 17,000 employees (before the virus hit). But before becoming a famous hotelier, Petter cut his teeth managing what was at the time Norway’s biggest mall, City Syd in Trondheim.

“I was only 24 when they were looking for someone to manage the huge mall and I didn’t fit the profile at all, but this didn’t stop me,” he explains. “I applied and obviously didn’t hear back so I knocked on the door of the recruitment agency – they told me they already had two candidates, but I convinced them they had three. The interview was in Trondheim so I flew there as early as possible on the day to learn as much as I could about the city. I was walking around and saw a shoe store – an old man came out and asked me what I was doing there so early. We got talking and surprisingly he knew everything about the city’s retailers and businesses. Later that day I went to the interview and was faced by a horseshoe of 11 men in suits, all sporting serious faces, apart from one who was smiling at me. It was the man I’d met earlier! It transpired that he controlled 60 shoe stores in Norway and was the founding member of City Syd. He liked me and I walked away as Norway’s youngest ever shopping mall manager. There’s an important lesson to learn here – always be nice to strangers!”

Needless to say, under Petter’s management, City Syd was a big hit from 1987-9 and registered record profits. However, he modestly puts it down to the mall’s “location, timing, and market conditions at the time.” His two-year stint as manager paved the way for his next role as a property director of development company Made In, owned by the prominent Norwegian businessman Atle Brynestead.

Petter spearheaded the transformation of Trondheim’s (a city in central Norway) downtown area, and also masterminded the relaunch of the Liertoppen mall just outside Oslo. Steen & Strøm came knocking next and Petter was appointed CEO of what was Norway’s largest holder of commercial real estate, while today, the company’s portfolio boasts 52 shopping centres in Scandinavia. But in 1996, the young Norwegian fell out with the largest shareholder before being given his marching orders. Always the optimist, Petter wasn’t going to stew over the sacking, Instead, he looked on the bright side. “You know what? I’m really glad that Steen & Strøm got rid of me because it sparked my move into the hospitality industry, and I couldn’t be happier today.”

Petter partnered up with investor Christen Sveaas and they bought the majority share of Choice Hotels’ Scandinavian operations, which only consisted of eight hotels in 1996. The duo purchased two more hotel chains in the region before taking Choice Hotels Scandinavia public. “It was a crazy time,” he says. “On average, from 1997-9 we were opening a hotel every two weeks and hiring 50 new people every ten days. Christen sold his share and after a while I took full control and expanded from there.”

Today, his hotel empire is built on four brands – Clarion Hotel, Clarion Collection Hotel, Quality Hotel, and Comfort Hotel – plus a luxury resorts and spas branch coined Nordic Hotels & Resorts. Each of the 200 plus hotels is fuelled by Petter’s unyielding positivity and energy…