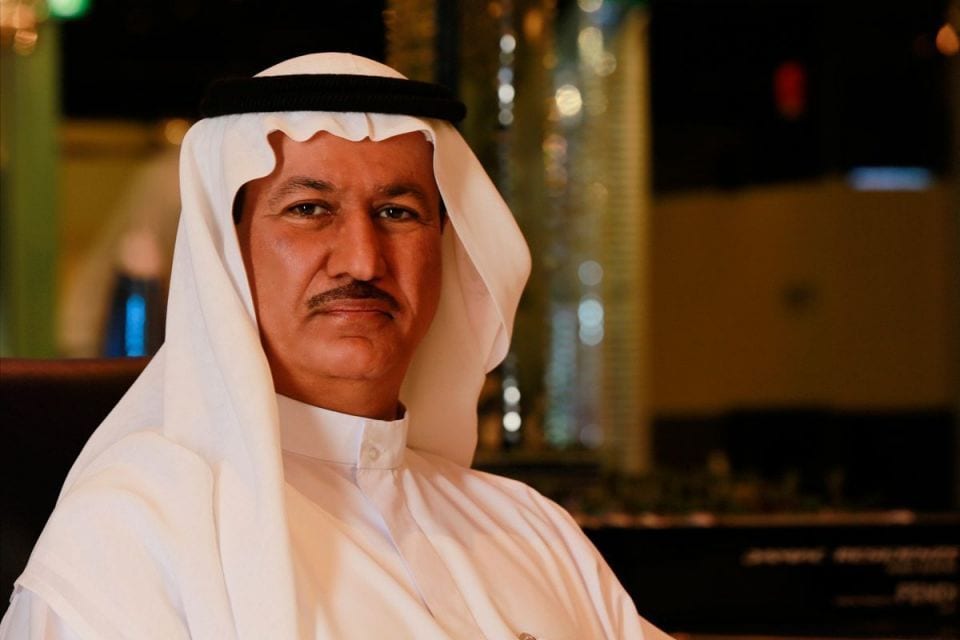 Hussain Sajwani, Damac Properties CEO discusses how his company continues to rise in value despite the downward trend in property companies in the Dubai market. Damac Properties share price last year on the Dubai Financial Market had a good increase from Dhs2.69 at early January to over Dhs3.4 by November. Forbes reports of Sajwani’s net worth growing significantly from $3.7 billion to over $4.3 billion in the second half of 2017.

Sajwani created Damac Properties in 2002 as a residential real estate development firm eyeing non-Emiratis as main apartment buyers. In 2013, Damac Properties earned as key partnership with the Trump Organization long before Donald Trump became president. Their partnership allowed the development of two Trump-branded golf courses. The first  one opened last February 2017 was the Trump International Golf Course in Dubai. The second one which was designed by Tiger Woods himself is named the Trump World Golf Course which is set to open by the end of 2018.\

After last February’s opening of the Trump International Golf Course and the company’s inclusion to MSCI’s UAE index last June, Damac’s shares have only risen steadily since then. Sajwani described 2017 as a “good stable year” for the company.

“We had forecast Dhs7bn ($1.9bn) of sales, and I think we’re going to exceed that. We are on target with our profitability, we are very much on target on our handover,” he added.

The first major crisis experience by the company was the bursting of Dubai’s real estate bubble during the 2008 global economic crisis which resulted to decline of real estate prices up to 60 per cent. Sajwani noted that Damac Properties focused “heavily on delivery” to rise up from the crisis. The company was able to deliver 50 per cent more units than most of its real estate development peers during the
recovery period of 2010–2011.

By December 2012, Damac launched its first new project in years. By 2013, they continued the momentum with the launching of the 42–million–square–foot Akoya. The Akoya, which was later named Damac Hills, mega development project featured villas, apartments, and branded mansions surrounding the Trump International golf course. The following year 2014 was the launching of an even larger project, the Akoya Oxygen, a 55million–square–foot real estate development.

“One of the key things that makes me and makes the company very different and has contributed
heavily towards our success is our ability to see the changes and react to the changes very quickly and accept any realities of markets and life and deal with it.”

“After the 2008 crisis, out of the dormant companies we were the only survivor because we saw the crisis at the early stage and immediately took severe actions to fix things. We also saw in 2012, in the early months of the first quarter, that the market was moving and especially after 2011 and the Arab Spring we saw an influx of people coming. So we took the brave decision to launch Damac Hills and Akoya Oxygen. That was seeing the future and taking certain decisions which helped us to move to the next level,” Sajwani added.

AFTER THE 2008 CRISIS, OUT OF THE DORMANT COMPANIES WE WERE THE ONLY SURVIVOR BECAUSE WE SAW THE CRISIS AT THE EARLY STAGE AND IMMEDIATELY TOOK SEVERE ACTIONS TO FIX THINGS

Sajwani notes that sales from 2012 onwards has accounted for the 14,530 of the 19,855 units the company has delivered to date. He added that Damac has not shown signs of slowing down. He believes the firm will exceed the projected delivery of 2,800 units for 2017.
Damac’s sales also saw continued increase. Compared to the first three quarters of 2016, sales is up 13 per cent to Dhs6bn ($1.63bn). But despite the positive happenings, the company still posted its third consecutive decline in profit during the third quarter last year with a 20 per cent reduction to Dhs719.34m ($195.86m). Sajwani suggests the dip reveals the lower profit margins for international projects in Saudi Arabia, Lebanon, and Qatar handed over last year. But it is not a trend that he sees continuing.

“Here you have to book profit on progress and hence there are years where your delivery is less or more so that is nothing to do with your sales but to do with your delivery and on your progress of projects.Though Sajwani enjoys the improving state of his business he also still believes that the government’s regulatory efforts can be improved to help the sustainability of the greatly speculative business of real estate in the nation. Current mortgage rules require buyers to put down only a minimum of 25 per cent of a property’s value. This, Sajwani believes, have led many development firms to offer their own schemes to boost sales. In some cases, buyers are paying only 30 per cent of the property’s value through initial installments then the remaining 70 per cent during on handover or years after completion.

“If the market goes soft this encourages a lot of speculation, it is a pure speculative product. And if the market goes soft a lot of small developers will suffer and not be able to deliver and hence we’ll have the whole overall market issue. So I do request the regulators to look at the payment plan issues and see how they can make it more reasonable.”

“We have felt during the last 18 months that we need to now expand outside Dubai and use the base we’ve created – the brand, the cash flow, the management team, the system – to grow overseas,” Sajwani said.

Sajwani revealed that Damac Properties is “looking quite aggressively in different parts of Europe and studying different projects”.
He also believes that there is “very little if any” risk of a similar market crash as seen last 2008. Sajwani has confidence that the Dubai market and Damac will continue to appeal to property investors in the coming years.