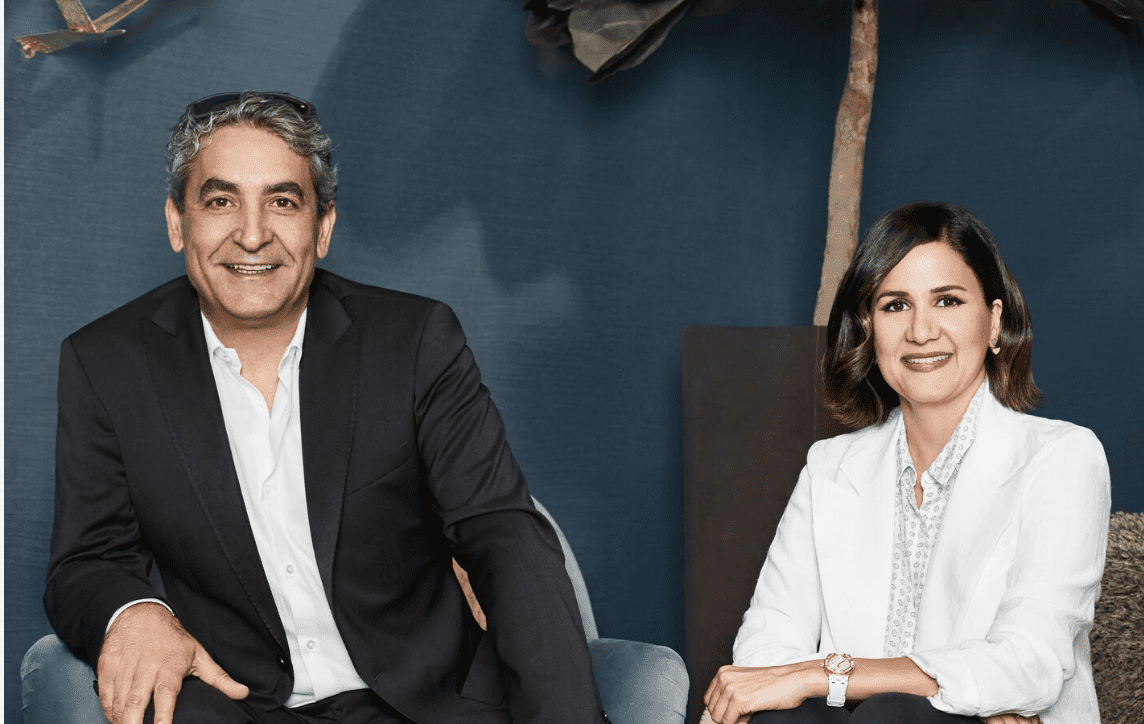 DesignLab Experience Managing Partners, Hibah Albakree and Mootassem Elbaba first joined forces eight years ago on an event in Abu Dhabi for around 1000 people. This was where they saw the power of merging their talents in design and execution. “Our energies were in sync, our visions were aligned,” say Hibah and Mootassem. “The events industry is all about imagination, having a specific dream and making sure that dream comes true. It’s important is for us to achieve that same dream with our client – this is how we interpret the client’s vision and translate that into the design of their event,” advised the team. This is where the strengths of their third partner, Marwan Maalouf, came in. “He is a master in translating ideas onto a screen.” As lead Architect, Marwan’s high architectural skills provide the link between concept and reality. “It was the symbiotic flow of our thinking that made us want to unite our strengths and push forward together,” says Mootassem. First they began pitching together, then they started designing together. By their third project the decision was made to join forces and the trio became one unstoppable unit.

“THE EVENTS INDUSTRY IS ALL ABOUT IMAGINATION, HAVING A SPECIFIC DREAM AND MAKING SURE THAT DREAM COMES TRUE”

DesignLab Experience now specialises in producing multi-layered, immersive environments. They have offices in Dubai and Beirut, and work with a team of experts in research, design, architecture, lighting, and project management. GROWING A NICHE Of their progress in the industry, the team says that their deliverables have grown exponentially. Every project has become more ambitious and with this, their expectations and needs have changed. The treatment of the space has since evolved and DesignLab Experience has evolved with it. “We define environments through the design and curation of art installations, which transform existing spaces into emotional and engaging journeys,” says the team.

From a results perspective, the DesignLab Experience is proud to say that their events have never been met with negative feedback. On the contrary, they find that the majority of their clients tell them that what they deliver is above and beyond what was expected. Naturally, the team provides plans, renders and visuals throughout the process to confirm that everyone is on the same page, however there is always a small part of the vision that remains a hidden world until the project comes to fruition. The greatest challenge is ensuring that this world is the same in everyone’s mind and is then translated into the final product with cohesion. The unified collaboration with clients is replicated in the relationships the team forms with its suppliers. “We treat suppliers as we want to be treated,” advise the founders. This philosophy is very much a part of the DesignLab Experience DNA. “We focus on integrity and ethics when creating our relationships,”they say. “The ability to afford a certain product from a supplier is variable, but creating a relationship where that supplier goes above and beyond to find you the quantities you want, to create customised items for you, or to assist you in meeting your deadline – that’s invaluable. There have been so many occasions where we’ve needed our suppliers to go the extra mile and they have been willing to support wherever they can. They might give us a credit line for example, and they’re always ready to exceed the status quo. This is because we’ve always been very clear about how we need them to work with us. ”It’s this dynamic with suppliers – as well as their efficient project management and system for tracking the work of contractors – that gives DesignLab Experience a strong track record of delivering projects on time, and for delivering 95 per cent of them on or under budget. One such example occurred in 2014 when a client called to deliver an extremely tight brief: they needed an event for 2200 people in Abu Dhabi designed and executed within eight weeks. The DesignLab Experience team had five days to make this happen. Not only did they need to fly people in from Lebanon to begin production on site, they had to action this while the client was still in the process of confirming whether or not the project would go ahead. The team was working on good faith and had the difficult task of asking suppliers and staff to do the same. The primary challenge was lack of time. They were also missing a unit in place to work on the production. Thinking on their feet, they decided to call on the team in Lebanon, requesting anyone willing to relocate to the UAE for seven weeks in order to make the project a reality.

The result had to be spectacular, despite the tight deadline. Beyond performing staffing miracles, they also needed to contact suppliers for their support in providing the infrastructure, everything from lighting to sound. MEMORABLE PROJECTS “Everybody was on the same page,” advise the team, “and willing to do anything possible to make this project happen and deliver it on deadline.”The resulting event was a magnificent success, delivered on time and exceeding the client’s expectations. Moreover, it would become one of DesignLab’s definitive events, which led to a slew of new project requests for the business. “In terms of defining our offering, it was one of the best projects we’ve ever undertaken,” they say.

Looking to the future, DesignLab Experience aims to expand its offering to encompass a different kind of clientele, namely the government. An organisation that has traditionally taken a more corporate approach to events, DesignLab Experience believes that its unique experiential offering is just what it needs to shake things up. “We aim to create memorable projects,” say Hibah and Mootassem. “We find that governments are seeking that wow factor in their upcoming projects; they want events that leave a more lasting and impactful impression.”Explaining the rise in demand for their experiential events, the team says: “People today have changed. They have a shorter attention span and they’ve already seen it all online. A basic event is not enough anymore. That’s why we always go over and above to add an extra layer of interest and surprise.”