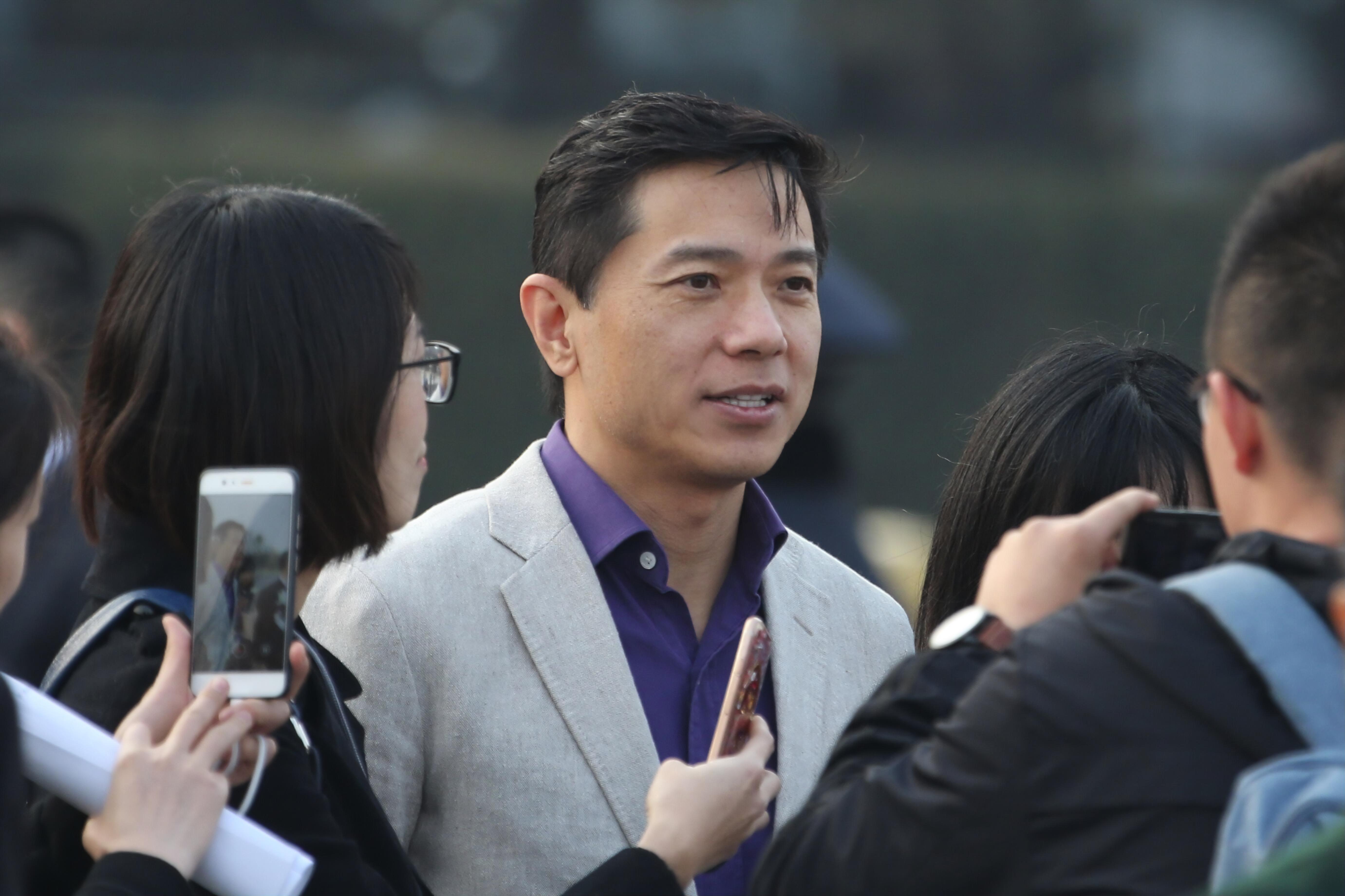 With its headquarters in Beijing, China, Baidu is one of the largest technology companies in the world. Although best known as the most popular Chinese internet search provider, the company functions as a multinational tech firm, specialising in Internet-related services and products, as well as artificial intelligence.

The company was founded almost 20 years ago, by Robin Li and Eric Xu, and today boasts over 40,000 employees and operates the fourth most visited website in the world, after Google, YouTube and Facebook.

CEO Robin Li has remained at the helm of the company throughout its incredible journey and has experienced his fair share of highs and lows in that time. However, having come from humble beginnings, Li understood from an early age that he was going to have to work hard and make compromises to achieve his goals.

Born in 1968, in Yangquan, a city of around one million inhabitants in China’s Shanxi Province, Li was the fourth of five children – and the only boy.

The area is known for farming and mining and, with both of his parents working in the local factories, this would have been the likely career path for Li had he not been a maths enthusiast.

Li’s high school had just five Apple II computers to share amongst its 1,800 pupils, so the problem was solved by prioritising the access to students with the highest maths scores. It was at this point that, according to Li, he immediately fell in love with computers.

Going on to study information management at Peking University, Li then gained a computer-science degree at the State University of New York at Buffalo.

His working life began at a subsidiary of Dow Jones where, as a software engineer, he helped design the website for the Wall Street Journal.

Patenting one of his designs for hyperlink analysis, Li then joined the search-engine pioneer Infoseek, in Silicon Valley, as a senior engineer.

It was then that Li decided to return to China and set-up his own company. Hiring a professor and five graduating students from Peking University, he developed the first version of his Baidu search engine.

Interviewed at the Web 2.0 summit in 2010, Li spoke about how money was not his main aspiration at the time.

“When I founded the company, I never knew that search could be so profitable,” he said. “The reason I decided to do this was because I thought search was very useful and I could come up with a product that could be used by hundreds of millions of people. Now, I don’t need more money, but I still want to make my products better and that’s the driver behind my daily work.”

Money is certainly not the driving force for Li, who has seen his company’s fortunes fluctuate rapidly over the years. When Baidu was launched on the Nasdaq, in 2005, the shares surged by more than 350 per cent on the opening day – the biggest gain by a newcomer in five years. Initially offered at $27 a share, they were worth 10 times that in mid-2018, before falling dramatically, and they now stand at around $170 (March 2019).

“The stock is up and down every year and I’m used to that,” says Li. “What matters to me are the number of users keeps growing and the traffic and revenue keep growing.”

Growing is exactly what Baidu has done, and today it is a $100 billion company that is leading the way in AI research and development.

In July 2017, China’s state council issued the New Generation Artificial Intelligence Development Plan (AIDP) and billions of dollars has been and continues to be, pumped into this sector.

Wanting to ensure Baidu was at the forefront of this industry, that same year, Li directed over one billion of

Baidu’s nine billion revenue be re-invested into R&D, with most of that reportedly going to AI.

“If the internet was the appetiser, then AI is the main course,” Li said last year whilst speaking at the Bloomberg Global Business Forum in New York.

“We do have a lot of opportunities,” he continued, “but that being said, there are constraints, like how do you protect privacy, how do you make sure technology does not get out of control and do bad things to mankind. There are things that we need to worry about, but I do see more opportunities than threats.”

Having embraced AI, Baidu has forged ahead with a number of projects. They announced last year that they were joining forces with Ford to develop driverless cars, where Baidu’s Apollo self-driving system will be fitted into Ford vehicles to be tested in Beijing. They have also developed voice recognition software such as Deep Voice and SwiftScribe, an AI-Powered Transcription Software.

“Now that AI has become mature enough to have some use in the market, we feel relatively more relaxed that this day has finally come,” Li announced at a 2017 forum in Beijing.

Although AI is welcomed by many, some thought leaders remain concerned about the ramifications of this rapidly growing technology, including the likes of Elon Musk.

Speaking at the SXSW conference in Texas last year, Musk did not pull any punches.

“I am not really all that worried about the short-term stuff,” he said. “Narrow AI will result in dislocation, in lost jobs and better weaponry and that kind of thing, but it is not a fundamental species level risk, whereas digital superintelligence is. I am very close, to the cutting edge in AI and it scares the hell out of me. It’s capable of vastly more than almost anyone knows, and the rate of improvement is exponential.”

Controversially, Musk went on to say that he believed some kind of government regulation and oversight should be introduced to ‘confirm that everyone is developing AI safely.’

Although many were shocked by Musk’s calls for a government AI watchdog, one imagines the team at Baidu would have no such problems with this intervention in China, where similar regulation is a part of everyday life.

Keeping on the right side of the Chinese government is imperative for a company as powerful as Baidu, but even they have made mistakes along the way. The Chinese regulators limited Baidu’s advertising of healthcare, when an individual died after undergoing experimental cancer treatments he accessed on their site, and Li found himself in trouble in 2017, for illegally testing a driverless car on the open road.

After Baidu’s near 20 years of operations however, these few incidents seem relatively unremarkable when

compared to the fate of other large companies experiences in China during that time. Whether it’s Skype being removed from App stores for failing to abide by regulations or Google pulling out of China altogether, after allegedly being hacked by the government, it soon becomes clear that Baidu has managed to navigate a relatively smooth course over the years by, admittedly, strictly following China’s tight regulations on censorship.

But this kind of government loyalty has not gone unnoticed and Li remains well aware of his duties, as he discussed in a 2018 Time Magazine interview with Charlie Campbell.

“If certain things are deemed illegal, then it’s illegal, and we should block it,” he says. “That’s our way of doing business here. As an Internet company, we always don’t want anything regulated so we can do things freely. But I also recognise that that’s not practical and not even good for the country.”

Li has done well to walk this fine line of appeasing his government whilst at the same time operating as the friendly face of Baidu during interviews and conferences on the global stage.

All well as being modest, Li also seems very open to change and admits to wanting to open China up to other countries, at a time when others, such as the US, are looking to close their borders.

“We should create a better environment for foreigners to open up here, to innovate here, to set up companies,” he told Time.

There is little doubt that Baidu would not be where it is today without the backing of the Chinese government but, that being said, Li deserves plenty of praise for the company’s burgeoning success.

With such a positive outlook towards his company as well as the future of AI technology, it seems only right that Robin Li continues on this journey and is given the opportunity to expand the uses of AI but also the minds of those people around him, both at home and abroad.