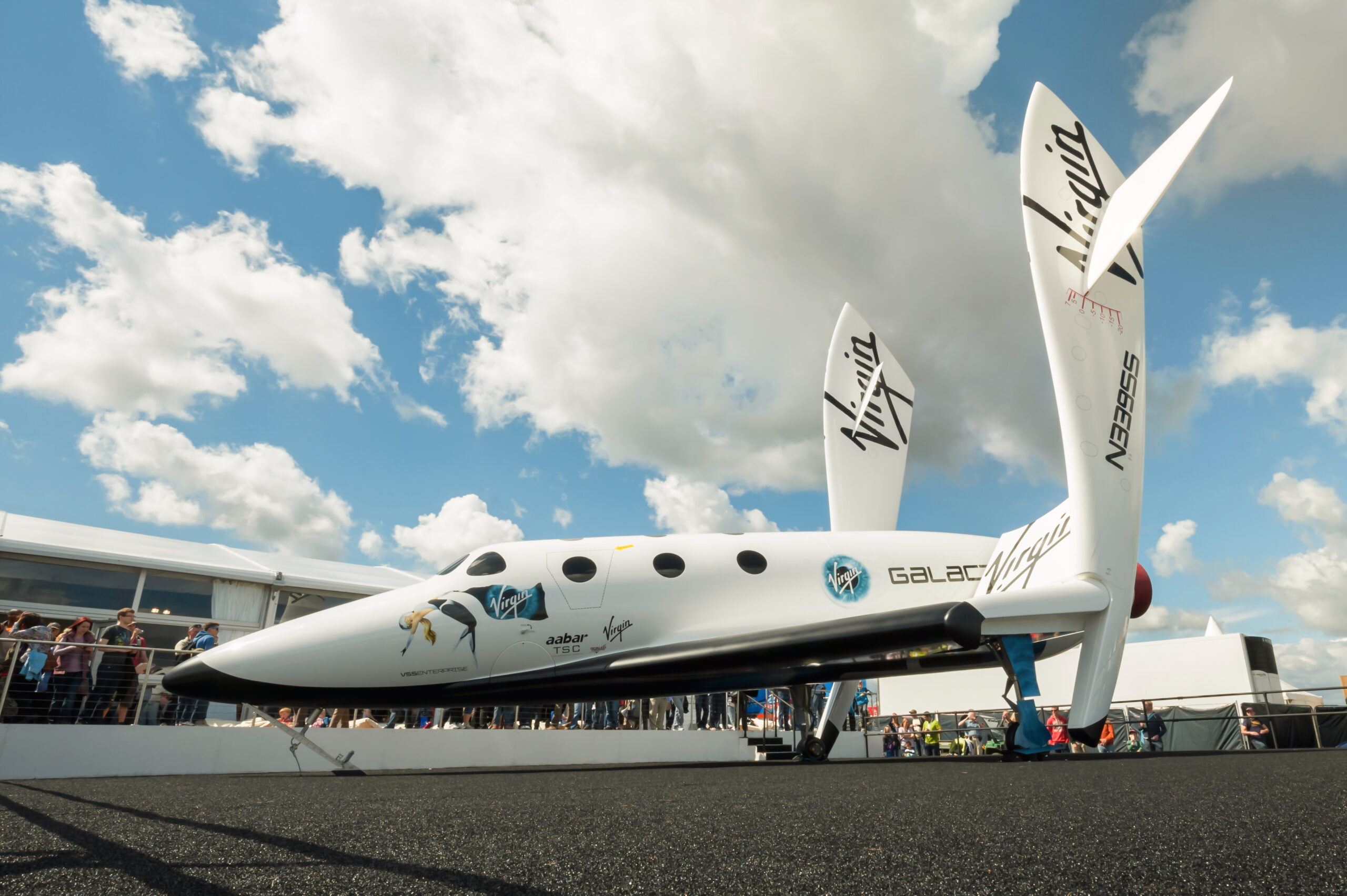 When the general public is asked to select an entrepreneur they look up to, or would most like to be, the name Richard Branson is always high, or at the very top, in the list. To generations of individuals, Branson represents the friendly face of high-powered businessmen as he seldom seems to make a bad decision and always appears upbeat. The truth is, however, that Branson is only too quick to admit his mistakes and is constantly on a mission to improve.

“Out of being just a generally positive person, you can make positive things happen,” Richard Branson told Graham Bensinger in a 2017 interview.

If this is to be believed, then Richard Branson must be one of the most upbeat and confident people on earth. His achievements in business, philanthropy and self-promotion are admired throughout the world, and although he has suffered his fair share of failures, conflicts and controversies, he always seems to emerge unscathed and with his dignity firmly intact. 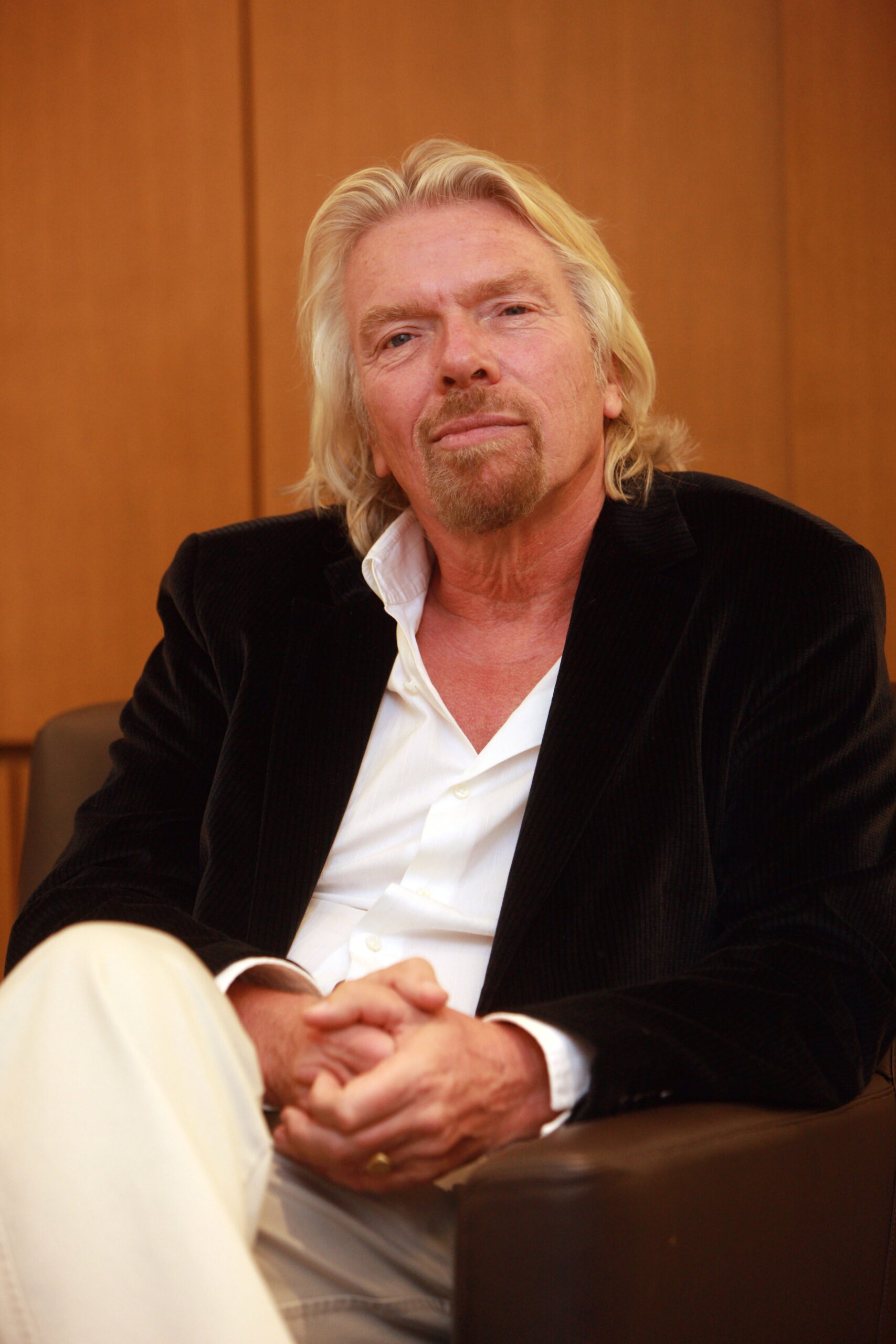 Born in London, England, in 1950, Branson’s first successful business was the magazine ‘Student’. He left school at 15 to start the publication which was, according to him, ‘an alternative to the stale publications and school magazines of the day.’

Using his parents’ basement as an office, Branson struggled to keep the magazine going but, as is so often the case in these stories, a piece of luck changed all that.

Branson’s mother had found a necklace on the ground, near their London home, and had handed it in to the police to be claimed. When no one collected it, after the three-month time limit, the police told her she could keep it. She immediately sold the item and gave the funds to her son.

“That 100 GBP paid off our telephone and postage bills and kept us going for months – without it, the business would have collapsed,” admits Branson, and it is from here that the story really begins.

As the magazine became more popular, after a year Branson is said to have been worth 50,000 GBP, they began selling records, via mail order through the publication, and this is how Virgin Records was conceived.

Over the next few years Virgin went from selling records to creating them, as Branson purchased and built a recording studio in Oxfordshire. One such new artist who visited the studio was Mike Oldfield, who played some of his compositions to Branson and his team. This brand-new sounding style of music was well received and, as Branson explains, “We just thought, maybe we should try to start a record company, literally, just to put out the album (later named Tubular Bells).”

This ability to be at the forefront of new ideas and businesses is perhaps where Branson has proved most successful. The album may have been a hard sell at the beginning, as most new genres or styles are, but by the end of 1973 it was the biggest selling album of the year and Virgin started to, at last, become financially stable. This venture would ultimately lead to the birth of the Virgin brand – which today has hundreds of companies under its global umbrella.

Perhaps Branson’s most significant venture, and the one that would take him into the ‘big leagues,’ so to speak, was Virgin Atlantic (VA). Once again, this was a project created from a simple idea, arising from a rather bizarre situation, as Branson explained to Johnathan Ross in 2014.

“I was trying to get from Puerto Rico to the Virgin Islands one day, and American Airlines bumped us (apparently there were not enough passengers to fill the flight). So I went to the back of the airport, as I was determined to get there that night, and I borrowed a blackboard, hired a plane, and wrote ‘Virgin Airlines 39 dollars one-way to the British Virgin Islands’, and I went around all the passengers who had been bumped, and I filled my first plane. When I got back to England, I immediately rang-up Boeing and asked if they had any second-hand 747s for sale.”

Branson saw a gap in the market and felt that airlines were treating their passengers more like cattle than customers, as he told Bensinger in his interview. “Travelling on airlines in those days was abysmal. There was no entertainment, the cabin crew didn’t smile because they were treated so badly and so, bring somebody in from the entertainment world to liven it up and make it a wonderful experience.”

Laughed at by his competitors, Branson had, as usual, read the industry perfectly and before long VA was buying more planes and quickly adding more routes to their itinerary. They also innovated, becoming the first airline to offer backseat videos, as well as stand-up bars and offered limousines to and from the plane. Branson recently told HP Matter: “Although these things cost more, they soon paid for themselves because word got out that this airline was worth flying and people were incredibly loyal to us.”

Their main competitor at the time was British Airways (BA) who so feared this new company, that they began a now infamous ‘Dirty Tricks’ campaign against them. Calling Virgin passengers, BA staff would pretend to be from Virgin and explain that their flight was delayed and re-book them on a BA flight. They also intercepted Virgin passengers at the airport to switch them over to their airline, as well as using a number of ‘individuals’ to search the bins of various Virgin staff and companies, in order to find negative stories to offer to the press. As Branson explained to Bensinger, he finally had taken enough and sued BA for libel. “We ended up winning the largest libel damages in British history. It was Christmas time, so we distributed the money to all our staff, equally, and it became known as the British Airways Christmas Bonus.”

This kind of smart PR move is where Branson excels. His ability to always come across as the ‘nice-guy’ is part of his charm, and although many successful businessmen attempt to exhibit this kind of goodwill and heart, few manage to remain sincere or keep it up for long. Branson has not changed his style in 50 years and has proven time and time again that this kind of empathy represents the real him and is not just an act.

Beating British Airways did come at a cost, and in order to maintain and support his airline, Branson was forced to sell his beloved Virgin Music to EMI for one billion USD in 1992. But even now, as much as it remains one of the hardest decisions he ever had to make, Branson admits that it was this money that helped take the Virgin brand to a new level, via the airline and beyond.

Branson’s failures are few but, often, rather spectacular. Deciding to take on Coca Cola (Coke) with his Virgin Cola brand, which was outselling Coke in the UK, Branson drove a Sherman tank into Times Square to announce the arrival of his beverage onto US shores, squashing Coke and Pepsi cans in his path and pointing his tank cannon towards the famous Coke logo at the New York landmark. Understandably Coke did not take kindly to this and sent an army of representatives to ‘convince’ retailers in the UK to stop stocking the Virgin Cola brand. As Branson explained in a 2013 interview with the Wall Street Journal, one should choose your battles very carefully.

“When we’d taken on big companies before, like BA, we’d come out with a product that is far better than them. With a soft drink there is much of a muchness between them, they taste roughly the same. There is no point going up against a goliath unless your product is a lot better. So, Virgin learned from the Virgin Cola experience – make sure what you are charging people is very competitive and, generally speaking, better than the goliath.”

It was Branson’s mother who apparently instilled in him the importance of being kind to people. As a child, if he ever said anything derogatory about anyone, his mother would make him go and stand in front of a mirror for 10 minutes, telling him it was because it reflected so badly on him. To this day, Branson believes that always being a good person to others, is one of the main reasons he is so successful today.

During his Bensinger interview, Branson recounted a lunch he had with Donald Trump before he was President. He described how the businessman continually spoke about how his life’s mission was to get even with five fellow businessmen, who had refused to lend him money during his bankruptcy. Branson explained, “I said to him, I think this is going to eat you up. It won’t do them any good, and it seems counter-productive, but he would have none of it. Anyway, he’s done extraordinarily well…but I think it’s interesting for people to hear stories like this, it shows quite a lot about the President of America at the moment.”

Branson seems to be the antithesis of Donald Trump. Unlike the President, he is a huge supporter of the fight against global warming. In 2006 he pledged all future profits of the Virgin transportation businesses, a sum estimated to be around $3 billion over the next ten years, to investments in renewable energy initiatives, research and development. He ultimately failed in this endeavour, putting in around a tenth of that amount, but one cannot blame him for trying, especially after what must have been a rather substantial financial loss to himself.

Although today, at 69, Branson resides on his privately-owned Necker Island, in the British Virgin Islands, he shows no signs of slowing down. He remains a constant feature in the press, attending and hosting charity events, business forums and generally trying to enthuse the next generation to make their mark.

With an estimated net worth of over 5 billion dollars, he has certainly earned his retirement, although few imagine he could ever slow down. He has come a long way from being a fifteen-year-old school drop out with dyslexia.

Branson is also something of an action man, setting numerous records in ballooning, boating and kitesurfing and uses these achievements to enhance and showcase the Virgin brand – a name initially chosen because Branson and his group of friends were all new to business. Today it is a name synonymous with successful, quality and cool organisations, many of which remain on the cutting edge of technology.