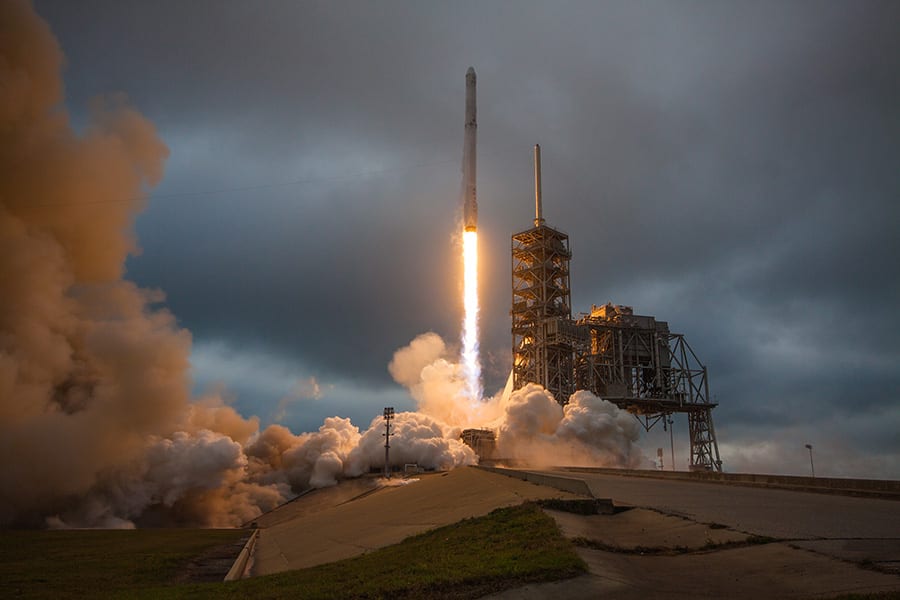 From two weeks in the Seychelles to touring the atmosphere, luxury vacations have come a long way in the last decade. 2021 will mark a blast-off for commercial space tourism proper, says Jenny Southan, so where to next?

“The first thing that will happen when you are in space is just the feeling of weightlessness, being free like a bird, no strings attached. Watching the beautiful Earth, the blue waters, the land masses, the darkness of the universe in the back,” says multi-millionaire Per Wimmer, one of Virgin Galactic’s soon-to-be space tourists, in a video interview with The Economist. “I can’t think about a better place to be,” he says.

Many people are inclined to agree. For the first time in the history of mankind, this year is expected to mark the take-off of commercial space tourism, giving everyday people the chance to experience what only 500 or so professional astronauts have so far been able to enjoy. Not only is Richard Branson’s Virgin Galactic hoping for lift off with a payload of customers before the end of 2018, Elon Musk’s Space X is planning to take a pair of mysterious wealthy individuals on a trip around the moon – that’s further than any human has been since the early 1970s.

For the traveller who has done and seen it all, space tourism promises the ultimate thrill but of course, it doesn’t come cheap. Not including the price of training, a ticket aboard Virgin Galactic will cost $250,000, with flights taking off from Spaceport America in the New Mexico desert, up to the edge of the atmosphere. In April 2018, its rocket-powered VSS Unity craft performed a number of successful test flights, with Branson widely reported as saying: “we are now just months away from Virgin Galactic sending people into space.”

The Virgin Atlantic entrepreneur isn’t the only one to branch out from conventional passenger aviation. Earlier this summer, the holding company for Japanese airline announced it had bought a 10 per cent stake in commercial space flight start-upPD Aerospace, which intends to take citizens off-world by the end of 2023. At the same time, US hotelier Robert Bigelow (who founded Budget Suites of America) wants to tap into the galactic hospitality market by launching an inflatable space hotel twice the size of theInternational Space Station (ISS), which will be ready for reservations in about a decade.

CALL A CAB – TO SPACE

If you don’t feel you can wait that long, private US company Space Adventures is able to arrange for Russia’s Soyuz “space taxi” to shuttle you up to the ISS itself for a ten-day trip, completing one orbit of our planet, 250 miles below, every 90 minutes. At the moment, the Soyuz is the only spacecraft able to transport private individuals to the ISS but American aircraft manufacturer Boeing is developing the new CST-100 Starliner capsule, which will see test flights begin later this year. Space Adventures says it has the rights to market seats onboard once it is operational. Tempted? Only those with tens of millions of dollars in the bank need apply.

Tipped for departures in the very near future (possibly this year or next), Amazon founder Jeff Bezos has also been working on his own spaceline, Blue Origin (there’s a theme emerging here: space tourism seems to be a favourite hobby among the world’s wealthiest men). It’s already completed eight test flights for its New Shepard rocket, which has been designed to take amateur cosmonauts out of this world. The spacious capsule will feature six large windows for unparalleled views and will be fully reusable – an important factor in making this emerging industry sustainable. During the 11-minute sub-orbital flight, passengers will enjoy four minutes of weightlessness before descending back to Earth, much as they would with Virgin Galactic.

More than an elevated fairground ride, Moon Express, on the other hand, has ambitions to supply lunar vacations. While Space X won’t be making a stop on the surface of the Moon itself, this Florida-based company is setting about doing just that – and, amazingly, within a ten-year timeframe. Its website states: “Soon we can all set sail as explorers to Earth’s eighth continent, seeking new knowledge, opportunity and adventure.” What’s perhaps most exciting, though, is the prospect of this giant rock having reserves of water, which, when broken down into its elemental forms of hydrogen and oxygen, can be used as fuel, making the moon a giant “gas station in the sky” for onward voyages to Mars.

Not to be outdone, Space X’s Musk also has his sights set on the red planet and is already in the throes of building a BFR (Big F*****g Rocket) capable of getting us there. And he’s not alone thinking that.