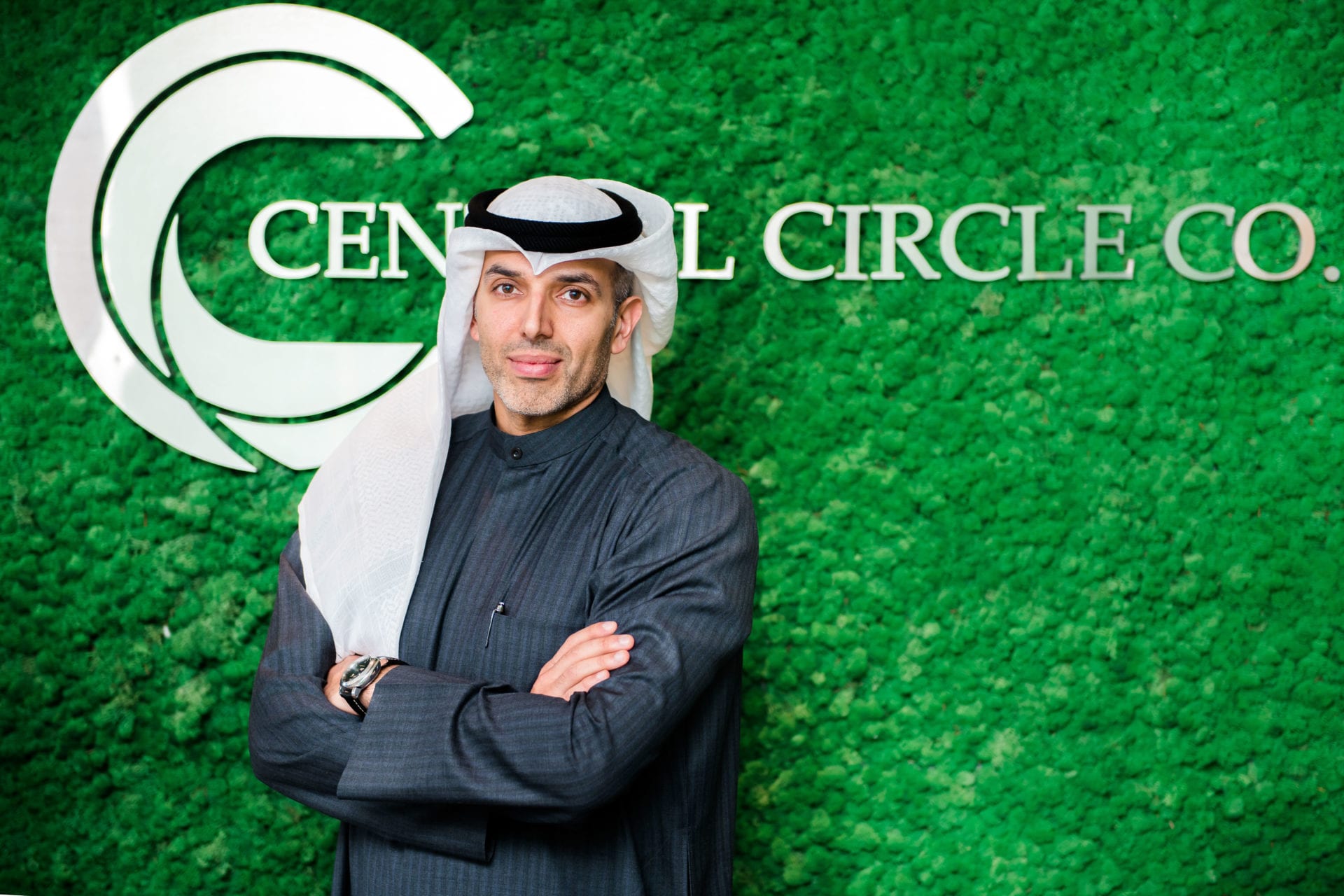 The medical distribution business boasts a multitude of well-established, wealthy companies that have been operating in and around the industry for years. Any attempt to penetrate and establish oneself in this formidable arena would be regarded, by many, as a high-risk venture. As well as significant funding, any challenge would also require a unique and innovative approach.

Five years ago, Dr. Ziad Alalyan was confident he could not only break into this market but also make a real impact.

The doctor’s diagnosis has proven to be 100% correct, as today his company, Central Circle, is the largest growing medical business in Kuwait, responsible for a significant percentage of the healthcare industry development in that country.

Ziad was the first in his family to pursue a career in medicine. His father launched the Kuwait Times in 1961, the first daily broadsheet newspaper in the Gulf, which is still running today under the supervision of the Alalyan family.

But the newspaper business was not for Ziad. His chosen career took him to the UK, where he gained a BA in medicine before going on to work full time in the emergency rooms of a number of central London hospitals, before finally returning to Kuwait in 2007.

“When I first came back to Kuwait I began working as a consultant,” says Ziad. “I found myself sitting on many committees and it was then that I really began to understand what the needs of physicians, nurses and hospital technicians were.”

This eye-opening experience was no doubt where the seeds were sown for Ziad to contemplate setting-up and operating his own company.

“I saw a lot of gaps in the business,” he explains. “I felt it was so important that a company should not just operate as a product seller but also as a service provider. It was not all about the drugs and the hardware, proper support was also needed.”

With starting from scratch looking an overwhelming prospect, Ziad and his senior partner began looking for companies to purchase and, after an exhaustive search, a suitable firm finally became available in 2013.

Central Circle was established in Kuwait in 1979, set-up to provide medical equipment and turnkey solutions. As Ziad pointed out, it seemed the obvious acquisition. “The company ticked so many of the boxes and after nine months of discussions, we finally came to an agreement and the owners felt confident their company was safe in our hands.”

Like most new CEOs, Ziad had a clear vision, ‘to become the best medical company in the region,’ which he planned to achieve by building a solid reputation based on reliability and trust. “Trust really means something in the medical industry, it’s not comparable to other companies,” he asserts. “If you look just slightly beyond your clients, you arrive at patients. Maybe it’s the doctor in me, but you can’t have a ‘that’ll do’ attitude in our business. Both customers and our staff understand the importance of what it is we do.”

Although Ziad is proud to admit he inherited a fantastic team of employees, there have been a number of sweeping changes at the company over the past few years. The previous business was somewhat centralized in its approach to the industry but with medicine becoming so much more specialised today, the restructuring was an essential process.

“Today we have 18, almost independent, acting divisions,” says Ziad. “Everyone that works in those divisions, from the VP down to the interns, is specialised in their particular field. This is such an important and life-changing industry that the level of service has to be all or nothing.”

Just a few years ago, HH the Amir of Kuwait ordered the hospital bed capacity of Kuwait to be increased by almost 8000 and the government immediately set about making that happen.

Eight new hospital towers are now at various stages of planning or construction and Central circle is heavily involved in many of these projects.

During the tendering process for these hospitals, as well as with any projects he undertakes, Ziad deals with his suppliers in the same manner he deals with his clients, with clarity and openness, as he explained. “We involve our suppliers in every aspect of our tendering process. I invite them to be on site with us and even though it’s our job to fulfil the requirements of the end user, I want our suppliers to see for themselves what we are doing. That way everyone has a clear idea what needs to be done and the challenges we face.”

Although many of their suppliers are some of the best known and biggest in their field, such as Abbott, Sanofi, Philips, Draeger, Roche, BostonScientific and 3M, Ziad is quick to stress the importance of his smaller partners. “We are now the exclusive distributor for Johnson and Johnson, one of the largest medical supply companies in the world,” he says. “But the relationships with our smaller suppliers are just as important, as they are often operating in a specialised or very niche market, so although the quantities of items may vary, the level of our relationships do not.”

Great success can quickly turn to heartbreak if not properly managed but Ziad is careful to keep everything in perspective, as he pointed out.

“We have been approached to do many other projects in the region but are wary about expanding too quickly. It is tempting to say yes to all offers but if it compromises our work in Kuwait, it’s not worth it. I’m more interested in keeping that solid balance between growth, whilst maintaining high levels of service.”

With 75% of their business emanating from Kuwait’s government-run health service, it is easy to understand why Central Circle believe their local responsibilities to be such a priority and also why the whole company has been structured with the end customer in mind.

“Starting at the top, I am the only medically qualified physician working as a CEO for a medical company in Kuwait,” says Ziad. “This kind of skillset is employed throughout the company. We retain and employ physicians, dentists, medical engineers and nurses. Having people from the industry who have worked on the other side, gives us a different perspective as well as the cutting edge over our competitors.”

Having recently picked up an MBA from the London school of economics, Ziad concedes that, due to his earlier career, he has maintained a strong work ethic, saying: “My approach to business was forged by my work in A&E. Maybe it was working all those night-shifts but being available to the customer 24/7 goes hand in hand with the job in my opinion.”

This loyalty to his customers can only be maintained by Central Circle’s knowledgeable workforce and Ziad believes that the hardest part of his job is locating and securing the right people.

“The one area we need to keep a finger on is manpower,” he insists. “Our supply chain has grown exponentially, and we have gone from one or two deliveries a day, five years ago, to hundreds. Staying on top of your game requires skilled manpower and we are extremely fortunate to have secured such a brilliant team,” he adds.

There will, no doubt, be plenty of new opportunities for Central Circle in the next few years but don’t expect the company to jump in feet first and take advantage of every offer to come their way. Staying true to your reputation sometimes means having to say no. However, those who are joining Central Circle, as an employee or as a customer, can be sure of one thing.

The promise of a dedicated 24/7 end to end service will not, under any circumstances, be compromised. Because once you are in the Circle, you are covered from every angle.