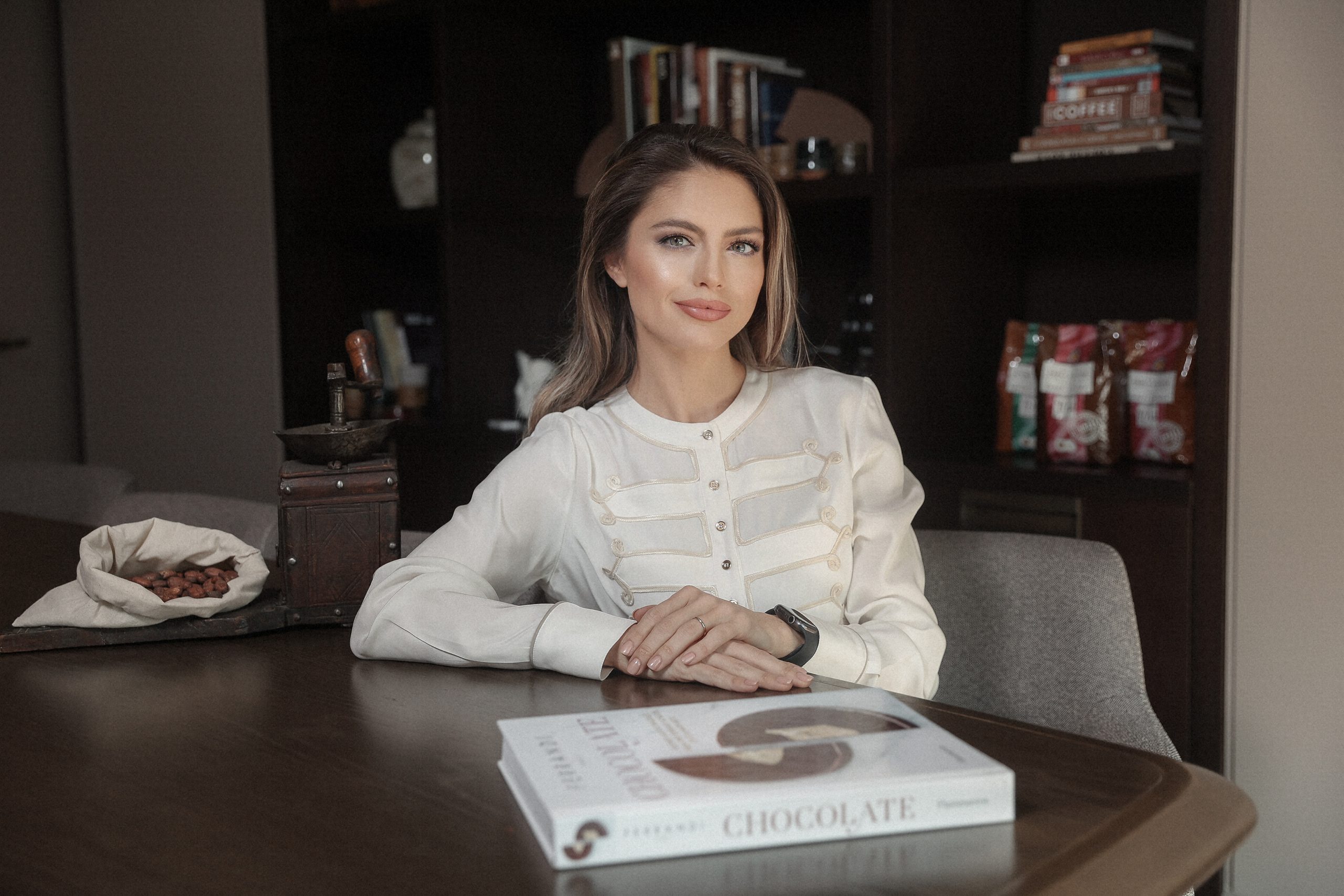 Altınmarka, the parent company of Detay Gıda and one of the world’s leading cocoa and industrial chocolate manufacturer, delivers its delicious treats to more than 80 countries. Altınmarka aims to show everyone that chocolate has no limits and make the whole world taste their quality bean-to-bar chocolate.

Becoming an indispensable share of family-run Altınmarka, Detay Gıda has been led by the founder Birol Altınkılıç’s daughter Dilara Altınkılıç Kutmangil from the beginning. Over the past 13 years, Dilara has propelled Detay Gıda to $170m in annual revenue, and she has no plans of slowing down.

Dilara’s first foray into business began at just 14 years old when she started attending business meetings with her father, Birol. At the time, Altınmarka, based in Istanbul, was establishing itself in the production of cocoa and chocolate. “I learned throughout this time from my father to stay calm in the face of problems and to have results and solution-oriented perspective,” says Dilara. With this experience under her belt, Dilara then left Turkey to study in the USA, attending two of the world’s most prestigious schools, Tufts University and then Harvard University.

On returning to Turkey in 2008, she found she couldn’t make much change in Altınmarka, where the team was already very established on the industrial side of chocolate. “At the time, there was an opportunity for the group to move from the semi-finished to the finished product side, so in 2009, Detay was started as a completely new company,” Dilara recalls. With the formation of Detay, Altınmarka could now offer finished confectionary products, fully developed and customised for private label companies. But Dilara is the first to admit the formation of the new company was not easy. “[At the beginning] we did not know what products to produce. We had a vision of coming to the market with new inventions, but we had no client portfolio.”

Initially, Detay was able to act as a solutions partner for global companies looking to enter Turkey’s confectionary market by utilising its vertical integration with the production arm of Altınmarka.

From then on, growth has been bold, but Dilara is very quick to add she is continuing her father’s journey, crediting him at every turn. “He was my mentor,” she says. “Whilst we took the decision to start Detay together, he passed me responsibility and taught me to take initiative… he is my biggest supporter.” At first, Dilara worked in all departments, from HR to mechanics to sales, and with that holistic view of the company, she was able to lead effectively, running the product production company, utilising the supply of the—quite literal—parent company, Altınmarka. “My father left me completely free. He trusted me a lot. His attitude always motivates me and makes me ambitious to be a worthy daughter and one of his best customers.”

"My father left me completely free. He trusted me a lot."

As CEO, Dilara states that one of her biggest achievements has been the team she has implemented. Starting from scratch, she was employee number 1, but she interviewed and hired across the organisation, now employing more than 500 people. Great CEOs know they are only as strong as their team, but Dilara’s inherited focus on responsibility and initiative has fostered a strong company culture. “Everyone at Detay has an entrepreneurial mindset that is geared towards taking personal responsibility in problem-solving to ensure each and every client’s satisfaction.”

Since 2009, however, the world has rapidly changed, and Altınmarka Group together with Detay have had to adapt. From economic fluctuations, the pandemic, wars and climate change, the world has made it difficult for businesses to predict what’s next. With inevitable volatility, Dilara says her focus has not been putting all her eggs in one basket. “We have several areas of focus during the pandemic. When retail coffeehouse business was impacted, we were able to put more emphasis on the supply chains and the supermarkets and having the logistics in place to handle that change.”

Now able to return focus to retail, new challenges continue to arrive where Detay needs to be as equally fluid. Being prepared for change has been the reason behind another large investment of a production facility in Bulgaria. “[A facility in] Bulgaria helps us to better address the needs of the European markets, become more accessible to European customers and of course come up with more flexible solutions,” says Dilara. “As things in Turkey change, we can shift our focus and vice versa.”

Climate change is the latest mounting challenge facing Detay Gıda. As a business is so reliant on natural resources and agriculture, they are ever susceptible to changing environments. “Our supply chain is increasingly being impacted by global warming, and we are beginning to experience unpredictable effects because of the extreme temperatures. Especially in the last 1.5 years in Africa and Brazil,” Dilara says. “This factor is difficult to predict, and it is something that affects us all.” As a corporation, the climate crisis is something they are well aware of. Altınmarka has formed several sustainability panels, and Kahve Dünyası, the retail coffeehouse business of the group, recently held an art installation to raise awareness of climate issues.

But one thing that is consistent for Detay Gıda, no matter what is going on in the world, is their long-standing relationships with suppliers, something Dilara believes has been a huge advantage in uncertain economic times. “We stick by our suppliers for years; we are very loyal, and this helps foster teamwork,” Dilara says. “Long and loyal relationships strengthen our R&D and, in turn, our product differentiation.” Detay Gıda has a long list of products, some of which are very unique compared to the competition, such as Frutibon, a product that uses real strawberries which took two years to develop with a raw material supplier. Similarly, they have been using the same Turkish delight producer for 15 years.

“Many companies have a low-price mentality, which means it’s hard to maintain suppliers, but for us, low price is never a focus,” Dilara states. Instead, Detay Gida looks to cut costs in other areas such as logistics and operational efficiencies. As a vertically integrated company, with Altınmarka, Detay is able to control fluctuations between business segments which allows them to focus on economies of scale. But the scale has never slowed the company. Dilara says, “Being family-owned with a flat organisational structure means we can move and make fast decisions.”

No matter where it’s done, producing chocolate requires a team with great know-how, a great vision and a great passion.

The scaling will continue, indicates Dilara. “Our target for the next five years will be export-oriented growth, using Turkey’s geographical strength.” However, if the last 13 years are anything to go by, the quality of the product won’t change; it will keep scaling as well. “We are aiming to become the most admired company in the global chocolate industry by creating quality and innovative products to be consumed with delight, and we celebrate this mission with our motto, Made-in Chocolate. No matter where it’s done, producing chocolate requires a team with great know-how, a great vision and a great passion.”