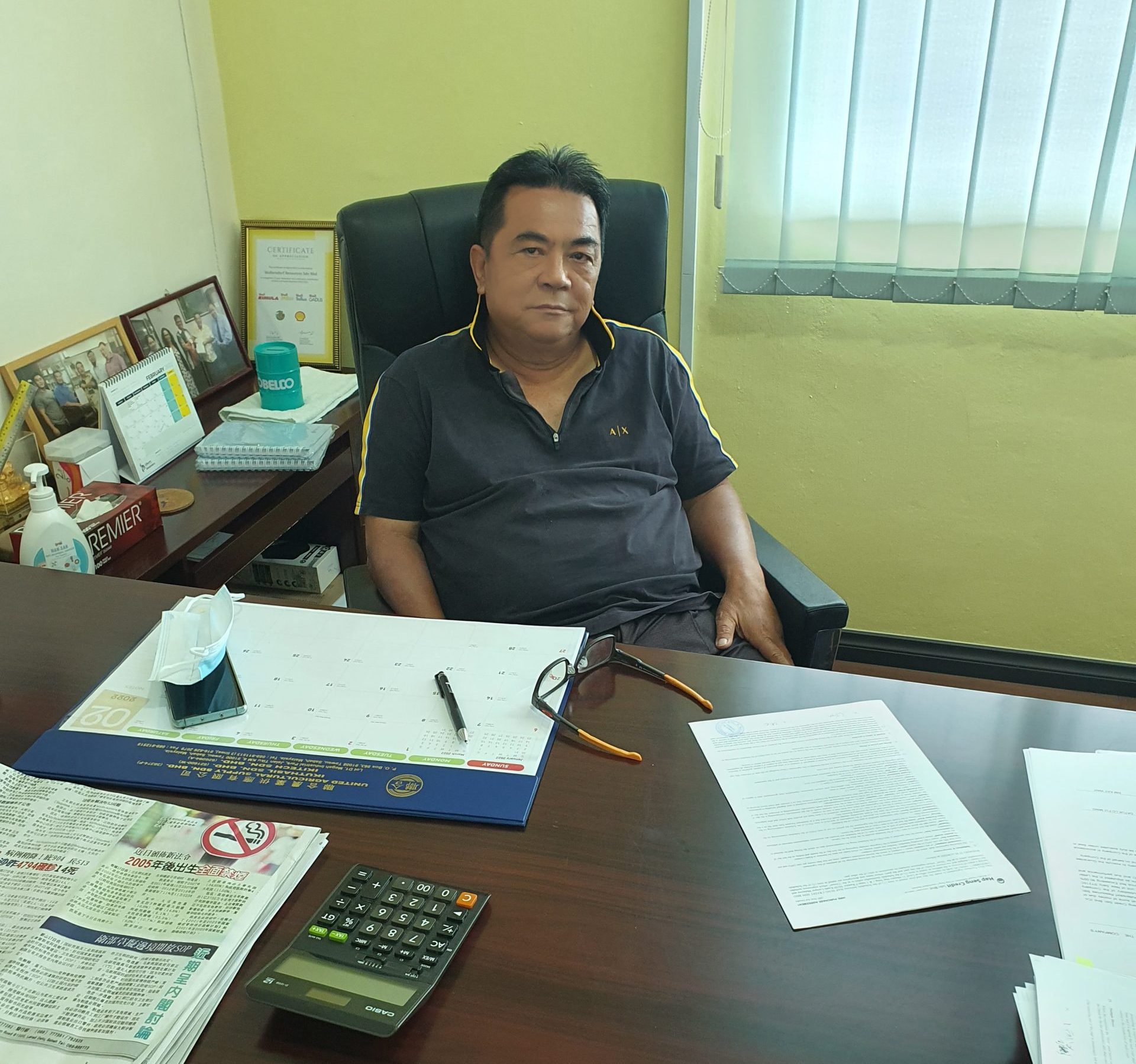 Malaysian company Bahvest Resources made its name as a leading brand in aquaculture. However, over the last five years, it has transformed itself, leaving fish farming behind to move into gold production. Milestone spoke to CEO Datuk Lo Fui Ming to discuss the benefits of radical change.

In 2019, Datuk Lo Fui Ming, CEO of Bahvest Resources, was awarded the prestigious ICON Leadership Brand Builder of the Decade Award at the Majestic Hotel in Kuala Lumpur. In announcing the decision, Fui was commended by the president of the awards committee for his inspirational leadership in Malaysia’s aquaculture industry. At the time, his company had recently become public listed and had just introduced premium fish such as red snapper, grouper, and trout to its stock. Through developments such as these, Bahvest had maintained an impressive market share and position over a sustained period.

This story in itself is worthy of comment but is made all the more notable by what was taking place behind the scenes. As Fui received this award, his company was already undergoing a complete metamorphosis. Over the previous year, Bahvest had diversified into gold production, operating a mine in Tawau, in the state of Sabah. It was going well and so, just a year after his recognition by ICON for services to aquaculture, Datuk’s company divested 100% of its aquaculture operations. From 2020 onwards, Bahvest’s sole focus was gold.

“In the midst of our operation, we switched our interests to mining,” Fui says. “So yes, we come from a different sector, but at the end of the day, maybe it’s fate that we are now doing mining.”

Fui founded the company in 2005 at the age of 45, having come from a mixed professional background. Generally engaged in primary industries, he started his own logging company in 1980, before becoming managing director of Cepatwawasan Group, a Sabah-based oil palm planter, in 1995.

“I used to own 20,000 acres of plantation land and one of the biggest palm oil mills in the country,” he recalls.

Seeking a new challenge, he hit upon the idea of aquaculture and like any businessperson, was excited by possibilities for personal growth and seeing where his journey could lead.

“I always believed,” he says. “Nobody had ever been successful in the aquaculture business in Malaysia. But that’s exactly why I was interested in venturing into it.”

I believed I could bring the company to a higher place, a higher position.

A large part of that was developing “human capital,” as Fui describes it. At Bahvest he has assembled a team around him, some of whom have been trained from scratch. Through this, the company has developed shared values and a shared story.

With this ethic embedded in Bahvest’s DNA, it underwent more than a decade of impressive growth. From 2005 through 2017, the company expanded its interests across the aquaculture sector. Its principal activities were carried out by subsidiaries involved in the commercial mass production of marine fish, with a focus on breeding. The company spent more than RM80 million on research and development, allowing it to create state-of-the-art hatchery technology. It also owned two carriers, on which it could transport live fish for export to Hong Kong, China, and other areas across the Asia-Pacific region.

By 2016, Bahvest’s fish fry production was 1.8 million tails (the fish equivalent of “units”), while some 236,000 tails of juvenile fish were transferred to sea cages from their hatcheries. It had become a large and efficient operation, with plans to expand into the frozen foods market. Yet around this time, another of Fui’s interests was developing quickly.

Fui had a 70% stake in Wullersdorf Resources, a special purpose vehicle (SPV) created to venture into the mining business. At the time Fui’s plan was to continue to grow a sustainable aquaculture business while diversifying his revenue source through mining.

However, once the mine operations commenced at Tawau, they steadily became all-consuming. In this way, his company, once known as Borneo Aqua Harvest BHD, completed its transformation to Bahvest. The change has wrought considerable benefits and in September 2021, Bahvest posted record profits of RM 9.01 million, a 181% jump on the previous quarter.

These figures are particularly striking when set against the backdrop of the global coronavirus pandemic. By the time Covid struck, early in 2020, Bahvest had already completed its shift from aquaculture to mining, but there were, of course, still challenges.

We really believe in teamwork, you have to be able to trust each other in business. This is very important. In my view, it is the most important thing.

“Like everybody, we had to think about things very carefully,” Fui explains. “We had to introduce increased safety measures like medical check-ups alongside hygiene protocols for our staff. We were successful in this and actually have had no Covid cases here, but above all, at times like this, it is important to stay positive. I have always been positive, and I remained so. I believed in our mining venture just as I believed in the aquaculture business before.”

Despite the arrival of the recent Omicron variant and associated concerns, thoughts are now turning to the future. Unsurprisingly, Bahvest looks forward with great optimism, off the back of a period of buoyant growth.

“We are not resting on our laurels,” Fui says. “Things are going well, but we are already working on further increasing our gold output. Over the last three years, we have continued to invest in our mining and production capacity. We are now processing 1400 metric tons per day, in comparison to 800 metric tons when we first opened the mine.”

The company now runs five adjourning, open mining pits, covering a total area of 38 hectares. However, with 88% of the entire area at Tawau still to be utilised, there is plenty of scope for further expansion. Fui’s aim is for his mine to become the largest in Malaysia, to sink deeper and deeper and find ever higher-grade ore. It will be this while using zero liquid discharge policies, via an installation of state-of-the-art filter press systems which recycle and reuse all wastewater.

“Within the next five years, we hope to triple our production, while doing that sustainably,” he states, confidently. Bearing in mind what has already been achieved, this would seem a highly achievable target.

Alongside its business benefits, the shift to mining has enabled Bahvest to play a significant role in the local community. This factor is important to the corporate identity of Bahvest, which is proud of being a Malaysian-owned gold mining company in a country where most gold mines are owned by foreign investors. Bahvest’s mine employs 300 people, most of the locals, and therefore makes a significant contribution to the regional economy.

“This is something else which is very important to us,” Fui adds. “We are not just creating success for ourselves, but also for those around us, providing them with opportunities. It is these kinds of values that are central to our company.”