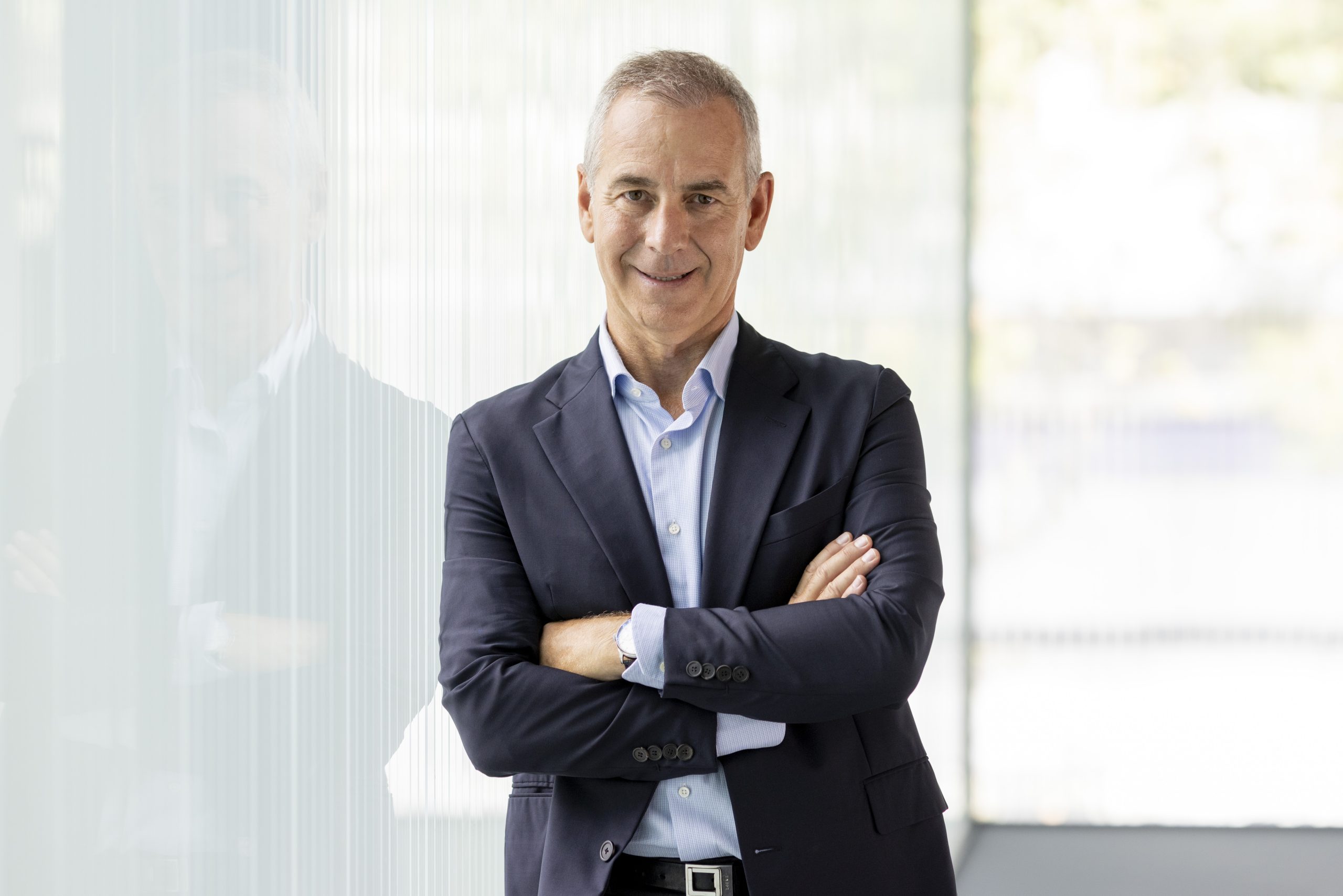 With a century’s worth of history supporting a thoroughly modern outlook, Barcelona-based bathroom designer and manufacturer Roca Sanitario SA has established a worldwide presence. We caught up with senior managing director, Miguel-Angel Munar, to learn how a global leader in its sector retains its Spanish heart.

When it was established in 1917 as a manufacturer of cast iron radiators operating out of one factory in Barcelona, there was little to indicate the extent to which Roca Sanitario would evolve. Yet within its first twelve years, the product range diversified to include boilers and then baths. This latter step proved significant.

Throughout the rest of the twentieth century, Roca continued to expand its bathroom range and by the 1990s was well enough established to turn its eyes towards international expansion. A rapid-fire series of subsidiaries and acquisitions then spread the company’s reach through five continents. Today, the modern incarnation of Roca Sanitario operates via 77 production plants across a network of more than 170 countries, with 21,500 employees, making it not only a leading Spanish company but a global powerhouse.

“It’s a family-owned company,” he explains. “When I joined, I did not think I would stay so long, but I think that shows what a great company it is. The time has flown by, and I am still here. In fact, this is true of many of the senior managers at Roca. Most of us have been here for more than twenty years, and I think that tells you something. It is not a job you are in a hurry to leave.”

Mr Munar performed various roles prior to being promoted into his current position, something he naturally saw as a tremendous opportunity but also a challenge. Rather than revamping a struggling operation, his task was to build on many decades of success, hopefully paving the way for many more.

“The problem,” he reflects, “is that when you take on the task of formulating strategy at a company that has already been successful for a long time, it is harder to implement change. People don’t necessarily see why they need to change. This is natural, of course. So a big part of my job in the first instance was to demonstrate that this was necessary.”

“The world was changing, and we needed to change with it. If not, our period of success would have ended.”

This required something of a shift in focus and culture at Roca. Prior to this point, the company had built growth organically, through innovation and product quality. Being based in Barcelona, a city renowned for art and culture, not to mention design, always gave Roca a unique identity in comparison to other bathroom supplies companies. This helped it stand out in the marketplace, and in this way, Roca’s reputation for innovative and attractive design was built.

Married to a strong commitment to functionality and a belief that aesthetics only has value in combination with high-performance products, over time the brand name became synonymous with quality. The company had always been customer-focused, and its operations were geared towards providing the best possible product to the end user.

This aspect of the corporate identity was something of which long-serving Roca employees were extremely proud. While it needed to be retained, Mr Munar recognised that the drive for internationalisation within an increasingly digital and interconnected world brought different pressures.

“Simply put, we had to address the needs of today,” he says. “Operational excellence, digital transformation and more recently, sustainability became crucial elements. These had to be embedded in our business practice just as deeply as all the excellent design and production on which the company’s early reputation was built.”

Planning for the future

As a result, Mr Munar’s promotion to senior management coincided with a period of great change at Roca Sanitario, in all aspects of the company. Not only did the Roca continue to grow beyond all recognition, but it also developed a more future-focused ethos, through which it became ready to move with the times. To this end, the company introduced what it calls a ‘sustainability roadmap.’

Investment in the roadmap enables Roca to promote energy efficiency measures and reduce water consumption, waste generation and greenhouse gas emissions. The results are clear. In the last three years, the group has been able to reduce its carbon emissions by 25.9 percent despite a corresponding increase in sales and production in the same period.

These efforts and investments are embodied in the announcement of Roca’s goal of carbon neutrality by 2045, a commitment aligned with the Science Based Targets (SBTi) initiative led by the United Nations Global Compact and supported by Roca Group. SBTi defines a path for companies to reduce their emissions based on what climate science considers necessary to comply with the Paris agreement: to make efforts to limit global warming to 1.5ºC above pre-industrial levels.

Last year, the company also reduced its other main environmental indicators, such as water consumption, which fell by 25.7 percent compared to 2018. In addition, in 2021, Roca Group launched an audit process of the integral water cycle to optimise its circular use and minimise the consumption of this resource.

This project has been put in place with two goals in mind: firstly to reduce water stress in the areas where Roca Group operates and secondly to preserve this resource by optimising its circular use. The production processes of ceramics and fittings are the ones that require the greatest amount of water. For this reason, the company will start its pilot project in these operations.

“I think perhaps the thing of which I am most proud,” Mr Munar says, “is the way we have embraced business complexity. You know, once you start taking the business into a truly international context, you need to be aware of so many details. Today, there are very few countries where we do not have some sort of presence. At first, all these subsidiaries had their own processes, so a huge amount of coordination was required. Over time, we rationalised these and created a degree of alignment, but it was not easy, and it is, of course, a never-ending story.”

With a new vision in place and the company’s worldwide footprint well established, flexibility continues to be an ongoing requirement. Recent years have seen a greatly increased focus on environmental issues, exemplified in Roca’s roadmap, alongside unexpected challenges, such as the coronavirus pandemic or disruption caused by the Russia / Ukraine war. While Roca has been able to adjust and adapt to the changing business landscape, this has also helped to shape its short-term plans.

“In the next 3-5 years, we are focused on continuing the organic growth the company has always enjoyed,” Mr Munar explains. “We are already world leaders in Vitreus China products but want to improve our performance in other categories such as faucets or furniture. This is why last year we purchased a 75 percent stake of the Royo company, the European leader in the bathroom sector. As a result of this operation, our company has become a world leader in the bathroom furniture segment. An example of this is our last launch, the Ona collection.

This line of products allows you to do or refurbish the whole bathroom. In addition, we will continue our strategy of simplifying our international operations and our various brands. From now on, any further acquisitions we make will be strictly focused on best-in-class companies. We only want to acquire subsidiaries which will demonstrably add value to our business.”

In this regard, Roca Group has launched a corporate venture fund endowed with 25 million euros. The company will invest in start-ups and entrepreneurial projects that develop their activity in priority areas for the company.

Through this fund, called Roca Group Ventures, the company plans to allocate between 0.5 and 2 million euros per project. Estimates suggest that within five years, the investment portfolio will be comprised of 10 to 15 companies.

For the launch of Roca Group Ventures, Roca Group will work with Alantra, a financial services and asset management firm specialising in investments and operations of this kind. Alantra will advise the fund in the deal flow process.

Roca Group Ventures will also enable part of the company’s ongoing commitment to sustainability, as the fund will prioritise start-ups which focus on environmentally friendly practices, thereby extending its green strategy to all the projects it works with.

As with any entity involved in manufacturing, supply chain competence is another crucial part of the company’s operations. Here, the benefits of Roca’s long history and family ownership are shown clearly through its relationships with supply chain partners. This was spotlighted during the coronavirus pandemic, when lockdowns and other restrictions wreaked havoc worldwide. Without stable relationships, it would have been possible for Roca’s operations to have been fatally impacted.

“When you have relationships like this, relationships built on trust and mutual assistance, it is much easier to withstand bumps in the road.”

“This is a real strength of our company,” Mr Munar says. “Our relationships with all our stakeholders are very secure. We have customers who are 70 years old and have partnered with us from one generation to the next, and it is exactly the same with suppliers. Raw materials are such an essential part of our business and always have been. Most of our suppliers have worked with us for decades, and when you have relationships like this, relationships built on trust and mutual assistance, it is much easier to withstand bumps in the road. And in recent times, there have been a few of those, of course.”

With all that in place, the future appears bright for a company which has already enjoyed a bright past. Under the guidance of Mr Munar, Roca Sanitario has managed the complicated task of blending tradition with adaptation, creating a forward-facing operation built on solid foundations.

“Everything we do now is underpinned by operational excellence and sustainability,” the senior managing director says. “These are the keys for us, from now on.”