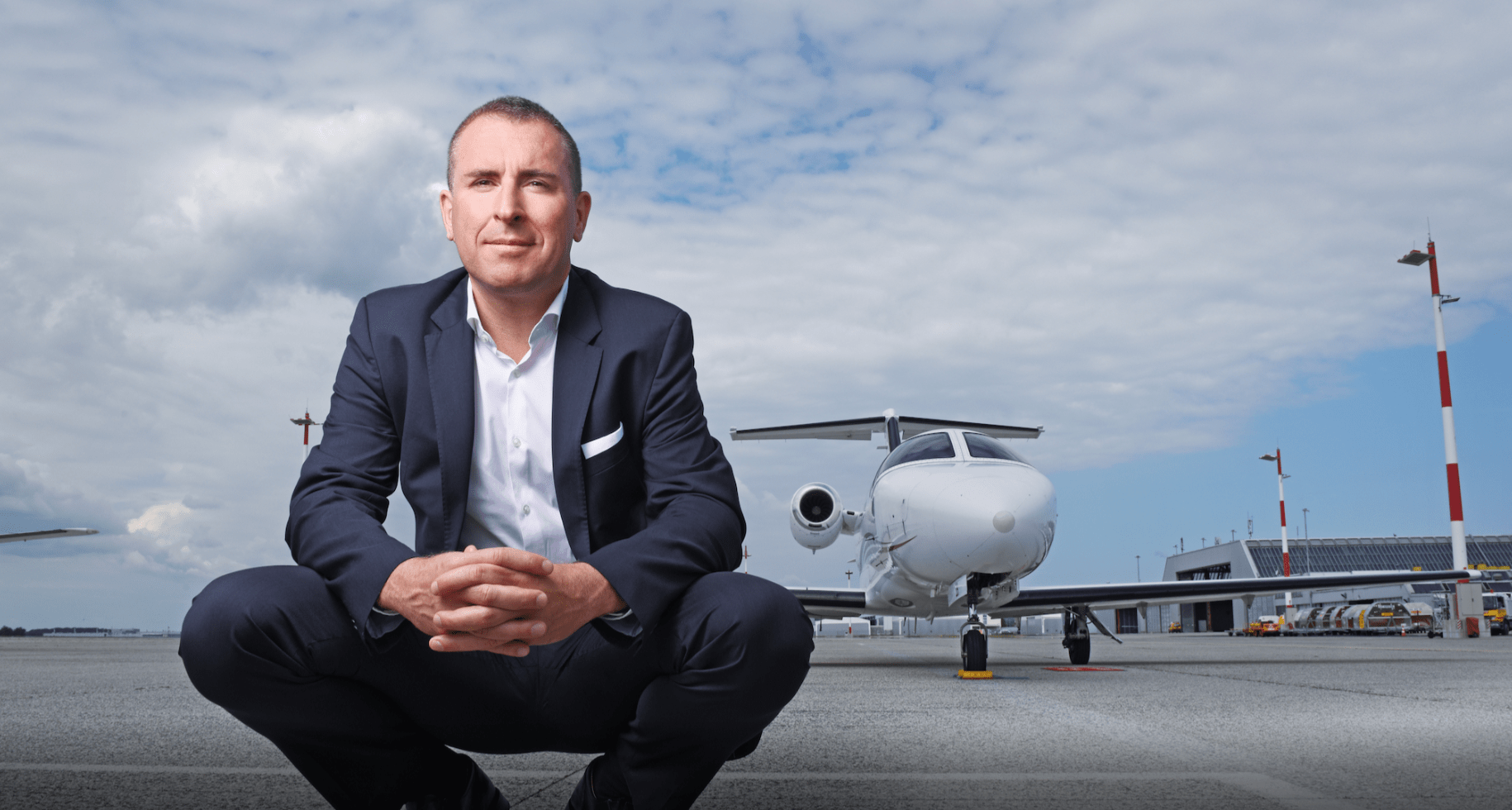 As the COVID pandemic rolls on, new customers have been drawn to private aviation, particularly charter. We caught up with Bernhard Fragner, founder and CEO of Austria-based entry level jet operator GlobeAir to discuss the opportunities and challenges of this surprisingly buoyant market

Aviation, in general, has been utterly devastated by the pandemic. The nearly unanimous verdicts of airline CEOs, including Airbus’ Guillaume Faury, Easyjet’s Johan Lundgren, United Airlines’ Oscar Munoz, and Qantas’ Alan Joyce is that the coronavirus represents the worst crisis in the history of the industry.

Passenger numbers in 2020 were less than half compared to 2019, while the Air Industry Transport Action Group suggested that as many as 4.8 million aviation jobs may be lost by the end of 2021. This marks a 43% drop on pre-COVID levels. Commercial airlines’ passenger revenue has plummeted from a global total of $581 billion pre-pandemic to just $189 billion since it began. Airports have consequently been hit hard, reporting revenue losses totalling $124.8 billion in 2020, with a further $94 billion hit estimated for 2021. Against this grim backdrop it’s no surprise that so many airlines have fallen into bankruptcy. Big names such as South African Airways, German Airways, and Avianca – formerly the second biggest airline in South America – have all gone under in the last two years.

Within this context it may seem strange to discuss an aviation success story, but not every part of the sector has suffered to the same degree. Business aviation has found itself less affected than commercial airline traffic, as executives’ travel was often deemed “essential.” Even during periods when corporate travel around the world was largely on hold, private jet operators have reported an influx of first-time leisure clients hoping to avoid busy terminals and crowded planes. As a result, as lockdown restrictions have shifted, opportunities have emerged to capture premium passengers who may have chosen airlines in the past, but now prefer the social distancing and convenience afforded by a private jet. In this way, the private jet sector has withstood the worst of the pandemic’s effects and perhaps even emerged stronger. It’s within this niche that Austrian company GlobeAir has really hit its stride.

Bernhard Fragner, CEO and founder of GlobeAir, studied an MBA in aviation with a particular focus on crisis management. This, he feels, helped prepare the company for the unexpected. “Of course, crisis management in aviation usually relates to crashes” he says. “But the principles can be applied in other ways.”

Whatever the question is, put human beings in the centre – that’s my number one priority.

As the pandemic strangled commerce and travel internationally, Fragner says the most important attitude was one of acceptance. “The pandemic is here” he says, “so deal with it. There is no point crying and blaming.” He decided to be as transparent with his team as possible, while also assuring them as much as possible. This gave them a platform on which to build. “We had enough money to survive for a while, so I made that clear to the team,” he says. There was no talk of dismissals or redundancies. “If the team is happy, the customer is happy and that’s what we are all about.”

This focus on customer satisfaction, and Fragner goes beyond satisfaction to talk about excitement, saying he wants customers to be “fans” rather than just users, has helped GlobeAir cement its place as a market leader in turbulent times.

Serving the European community exclusively, GlobeAir is unlike many competitors in that it operates its own fleet of 21 planes. Most other companies in the market function as agents, chartering planes through a network of aircraft owners. GlobeAir instead uses its own Citation C510 Mustangs, a light jet that only requires a crew of a commander and first officer, substantially lowering labour costs. However, Fragner does not pre-occupy himself with comparisons. “Energy spent looking at what competitors are doing is lost energy. That energy should be used for the customer,” he says. The CEO believes that if this focus is kept in mind, whatever competitors may or may not do is irrelevant. It’s a simple philosophy.

Placing people at the heart of everything lies at the core of the GlobeAir philosophy and Fragner admits he learned the value of this “the hard way.” After starting the company in 2007, he considers himself “lucky to survive” the initial period, before implementing the current management set-up in 2012. Among the appointment of other senior leaders, this involved the establishment of what Fragner calls “the process team,” who go from department to department, observing and analysing work patterns, then making recommendations on a weekly basis. The decision to create all of this, is now the one he cites as his best. “Before that, I operated alone too much and made some mistakes,” he admits. But with a strong structure now firmly in place, GlobeAir is thriving.

A major part of this success has been the company’s stable relationships with its suppliers. Both those who provide aircraft or parts and those on the logistical side, who may supply fuel or other essential commodities, had to be cultivated very carefully. “Of course, this was very important,” Fragner says. “Especially during the pandemic. If you have stable relationships there can be a bit of flexibility there, especially in times of crisis.”

Of course, crisis management in aviation usually relates to crashes – but the principles can be applied in other ways.

Feeding into the people-oriented approach of the whole business, GlobeAir maintains these connections using a personal touch. “Learn about the teams of your suppliers,” Fragner advises. “Get interested in what’s going on, connect team members to each other, then you understand each other.” The GlobeAir culture places such emphasis on this that it has established an “annual partner day” during which suppliers, partners, and clients are invited to a team building event to create trust and stability.

Currently experiencing sustainable growth, the future for the company appears promising. Fragner foresees a coming surge, in which a three-pronged approach will see the company expand its personnel and office space, invest in IT to maximise its digital operations, before swelling its fleet to 30 aircraft. Key to all of this, of course, is finding the right people.

“Always people.” Fragner says. “Whatever the question is, put human beings in the centre. That’s my number one priority.”