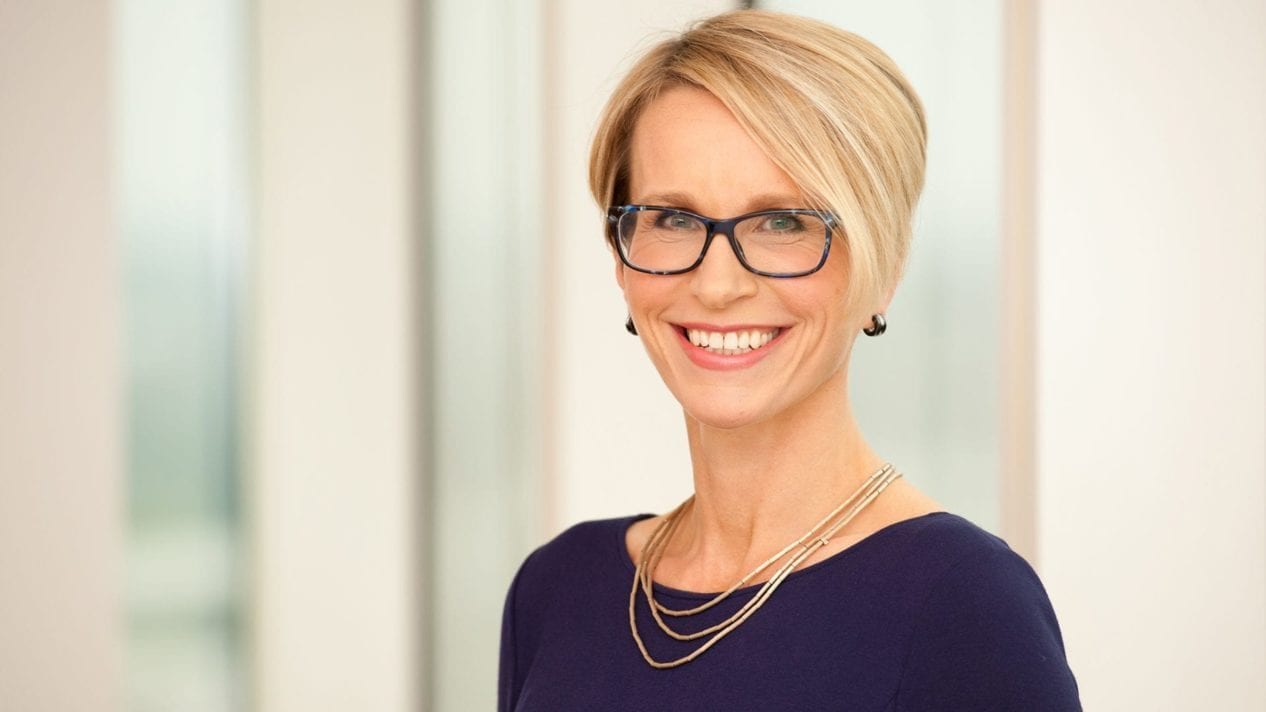 Emma Walmsley made a big move when she left her position as head of L’Oreal’s Chinese consumer business, in order to take up her new role as President of Consumer Healthcare Europe with British pharmaceuticals giant GlaxoSmithKline (GSK).

Then living in Shanghai, and having spent 17 years at L’Oreal, Walmsley knew it would be a life-changing decision for not only her but also for her husband and four children, as she explained.

“I spent a week persuading myself I would be insane to do it. It was unfair on the family. We were settled in China and my husband’s new business was going well.”

Having only moved from New York three years earlier, she understandably felt guilty about not just, once again, being the instigator of such a life-changing decision but also leaving a company that had been so loyal to her.

“I loved my company and had been given consistent career sponsorship for years,” she says.

It is natural to have a sense of anxiety when taking on a new role and although Walmsley had an incredible track record to boast of, she, like the rest of us, was not immune to having feelings of doubt, saying.

“My husband reminded me that, in our 17 years together, every time I’d taken a new role I had constantly told him it was too big for me and then managed fine.”

Managing fine is something of an understatement for Walmsley’s performance on joining GSK. Within a year she was promoted and then, after further promotion, she finally took over as CEO in April 2017.

Becoming the first woman to acquire such a position at a major pharmaceutical firm was a major step and there were many who doubted her ability to take on such a role.

Those who had previously worked alongside Walmsley at GSK seemed unsurprised by her appointment and held a different view. As a former senior executive remarked, “Consumer had been a sleepy little side organisation that brought in a bit of revenue. Then all of a sudden, she arrives and it’s front and centre.”

With GSK’s consumer sales increasing 38%, from $6.8 billion to $9.4 billion during the Walmsley tenure, her track record at the company was undeniable.

GSK’s pharmaceuticals unit had been underperforming for some time when Walmsley took over and just a few weeks later Neil Woodford, the highly rated British fund manager, sold all his stock in the company, citing continued frustration in the management’s decision making and strategy. Believing Walmsley would follow the same path as her predecessor, Woodford jumped ship. However, as later became clear, he may have underestimated the new figure at the head of the table.

Walmsley immediately made her mark. Making sweeping changes at the top, she reorganised 40 per cent of the top executives and brought in fresh blood from companies such as Walmart and leading rivals Astra Zeneca.

Walmsley has not been slow to spend either, buying out Novartis from their joint consumer healthcare venture with GSK. A $13 billion price tag meant GSK would take full control of everyday products such as Sensodyne, Panadol, Voltaren and Nicotinell.

Walmsley commented at the time, “The proposed transaction addresses one of our key capital allocation priorities and will allow GSK shareholders to capture the full value of one of the world’s leading consumer healthcare businesses.”

Never afraid to speak her mind, Walmsley does not pull any punches when addressing, and ultimately acting on, where she thinks GSK needs to improve. “GSK has led a lot on doing well by doing good, but we need to do better to be able to do more good,” she comments.

Having taken over as CEO from the man who ultimately gave her that first appointment at GSK, the highly thought of Sir Andrew Witty, it cannot have been easy to make such sweeping changes without causing a few rifts along the way. But Walmsley is quick to credit her predecessor with doing an ‘amazing job’, before setting out her agenda.

“At the heart of pharma is R&D. I want us to get back to our mojo around science and discovery and development again,” she says.

Walmsley likes her executive team to be visible, another change from GSK’s previous style, and many of them can now be found attending town halls and investor presentations, as she explained.

“The most important thing I can do is hire people who are aligned with the ambition and challenge of what we have to do. Give them the freedom and accountability to use their expertise to make difficult decisions.”

In September 2018, Forbes named Walmsley the most powerful woman in business outside of the US, which is completely understandable when you consider her lofty position. Safeguarding the future of one of the world’s biggest and oldest pharmaceutical firms, especially in such a volatile and uncertain market, is not a role for the faint-hearted.

Walmsley has shown a dogged determination throughout her career and although she has her doubters, her record speaks for itself. She leads by example and believes in putting her money where her mouth is. As she says, “Until you put the money where you say your strategy is, it’s not your strategy.”